It’s time once again for another fill of the serotonin boost that comes from watching satisfying acts of completion. (Like seas of poplar fluff burning, for example. Or somebody thoroughly cleaning pavement.) For our latest hit of “just feels right,” we turn to road printers. I.e. machines that lay unfurling tongues of brick perfectly.

Mashable recently posted its 2017 explainer video covering the satisfying machines. The video (above), is a reminder of just how good it feels to see strips of brick slowly unroll into place. The video focuses on Tiger Stone’s road printer, which is a paving machine that can pave an entire road up to about 20 feet wide.

The machine works by having bricklayers place loose bricks arranged into patterns into a hopper. As the machine slowly rolls backward, the bricks move down a slide, seemingly bending before falling into place. It’s incredibly simple, which is probably why it works so well. And why others have built similar machines.

In the video immediately above, RP Systems, a Belgian company specialized in paving automation, shows off its version of the road printer. Like the Tiger Stone, RP Systems’ road printer lays precise strips of brick. The time-lapse at the beginning of the video gives a particularly good sense of what the road looks like as it’s rolling out. 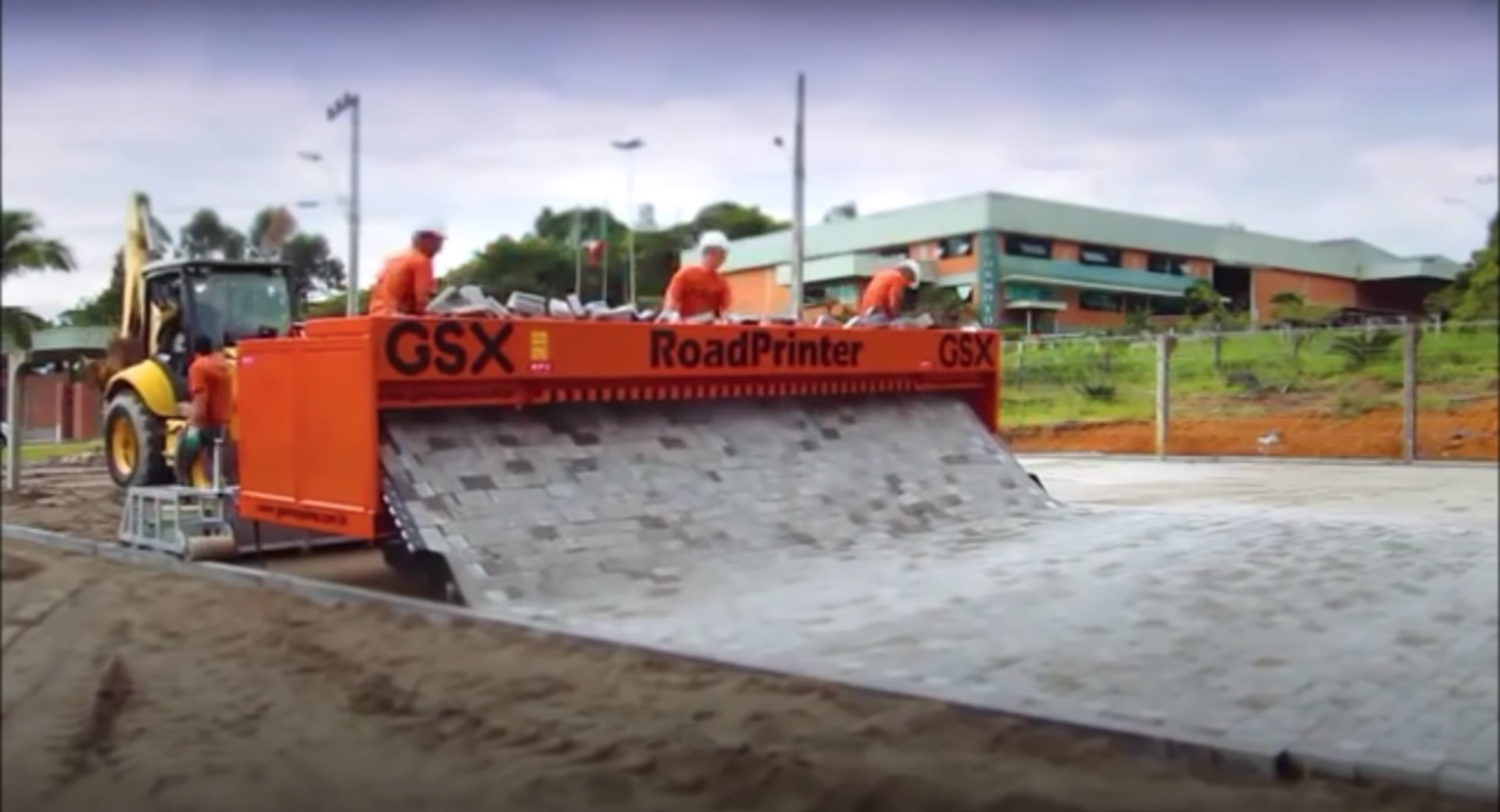 For those now in the mood to watch other, satisfying industrial machines, there are a lot of good videos out there. Homes that look like Luke’s on Tatooine, for example, are easy to make with giant 3D printing machines. Although it’s hard to say which soothing building method offers more of “that feeling” for people.