Bologna- and Milan-based architectural firm, Mario Cucinella Architects (or MC A), and the Italian 3D-printing company, WASP, have built a beautiful prototype house out of machine-printed clay. The house, the builders say, is unique in that it could help to mitigate the ecological impacts of construction, as well as provide more affordable housing. It also, incidentally, looks a lot like the Lars homestead from Star Wars. Although above ground. 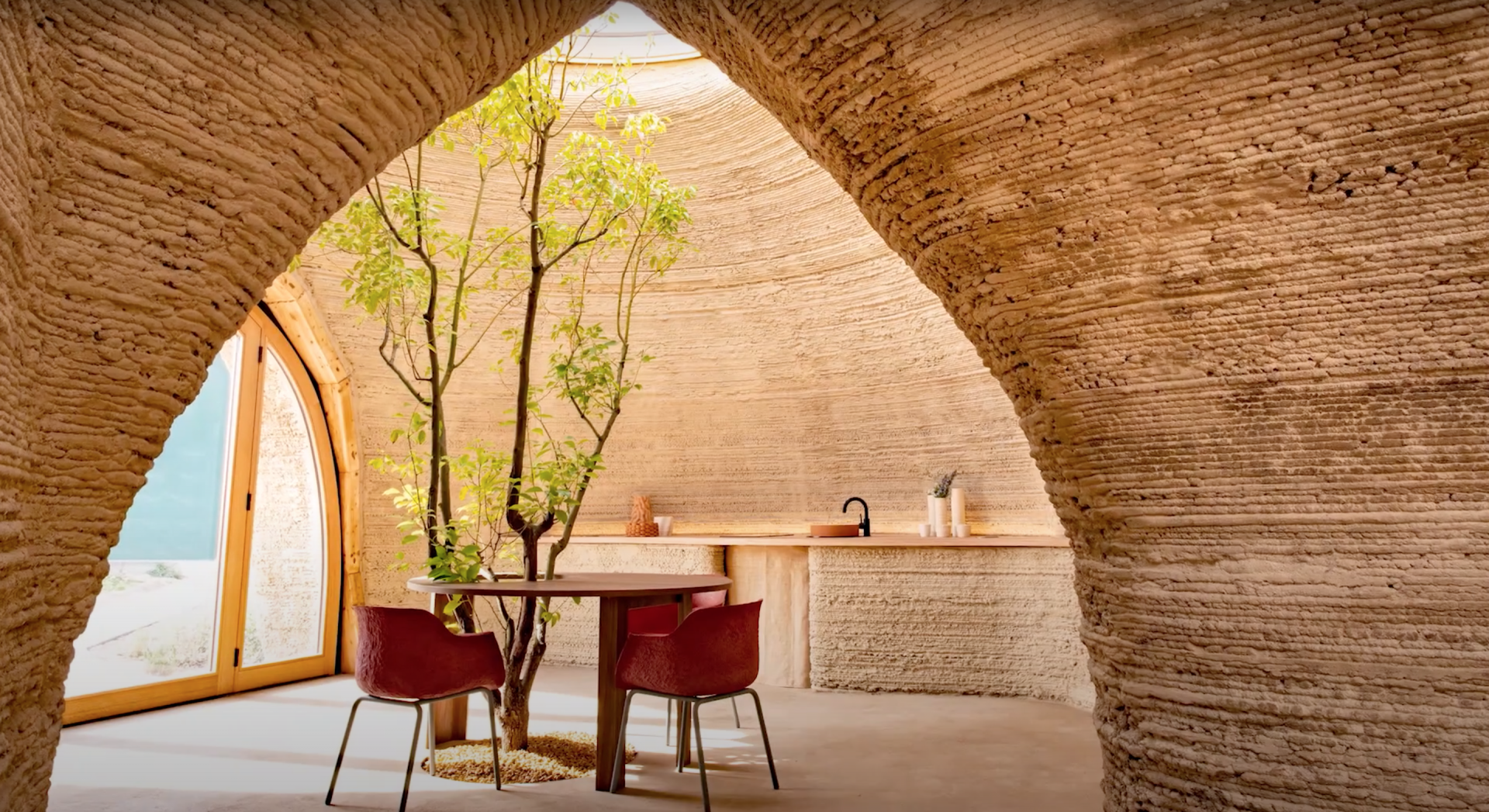 It’s Nice That reported on MC A and WASP’s prototype, which the latter company constructed in Massa Lombarda; a rural municipality in Italy’s Ravenna province. And while the serene region of Italy is far more bucolic than the Great Chott salt flats of Tatooine, the home itself would easily fit in on the fictional desert planet. 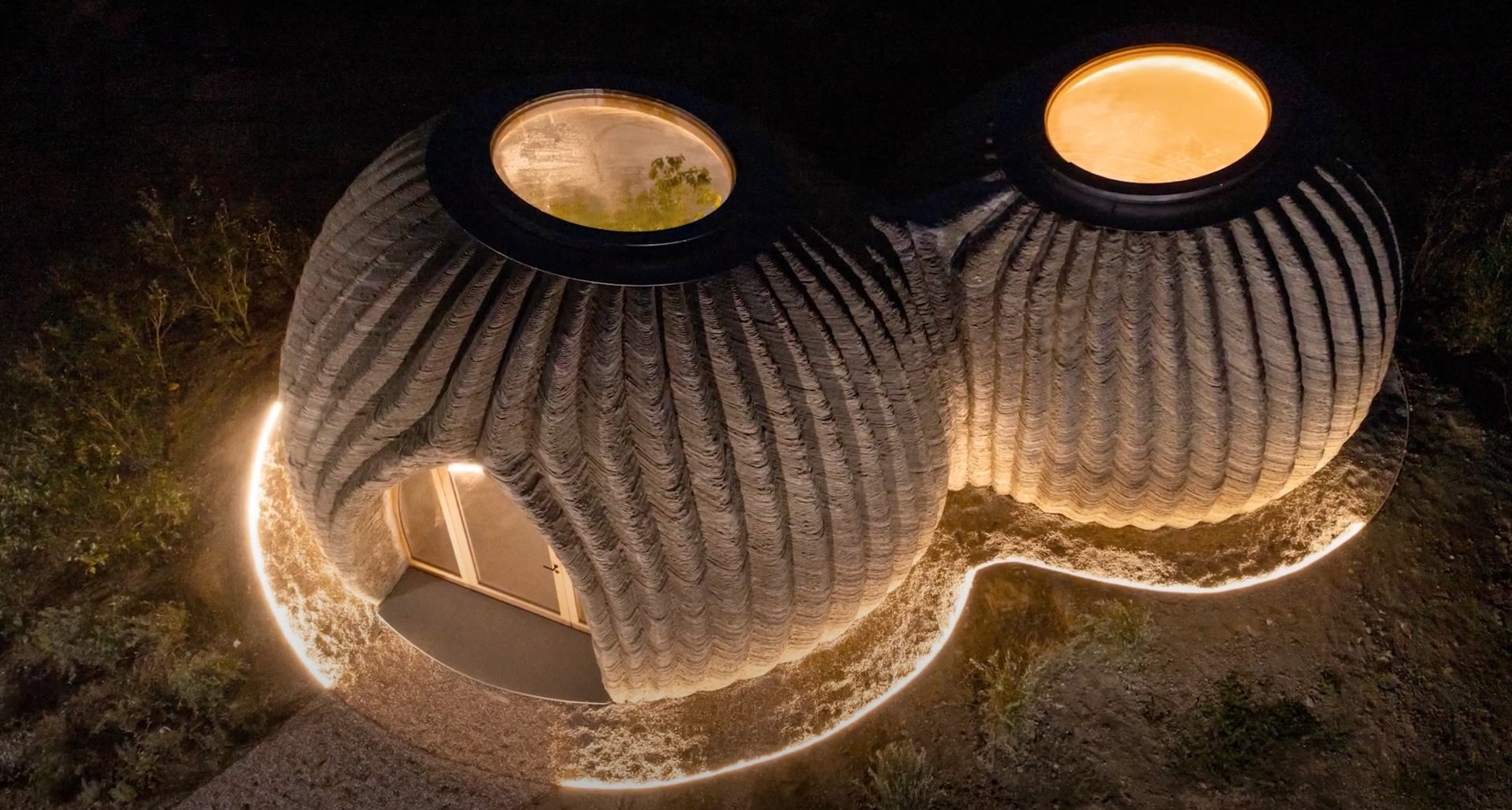 WASP founder, Massimo Moretti, along with Bologna’s School of Sustainability ( SOS), came up with the idea for the unique domicile. Its name, TECLA, is a portmanteau of the words “technology” and “clay,” as well as a reference to a fictional locale in the Italian novel, Invisible Cities. (The book explores what’s possible with imagination by envisioning 55 fictitious cities.) 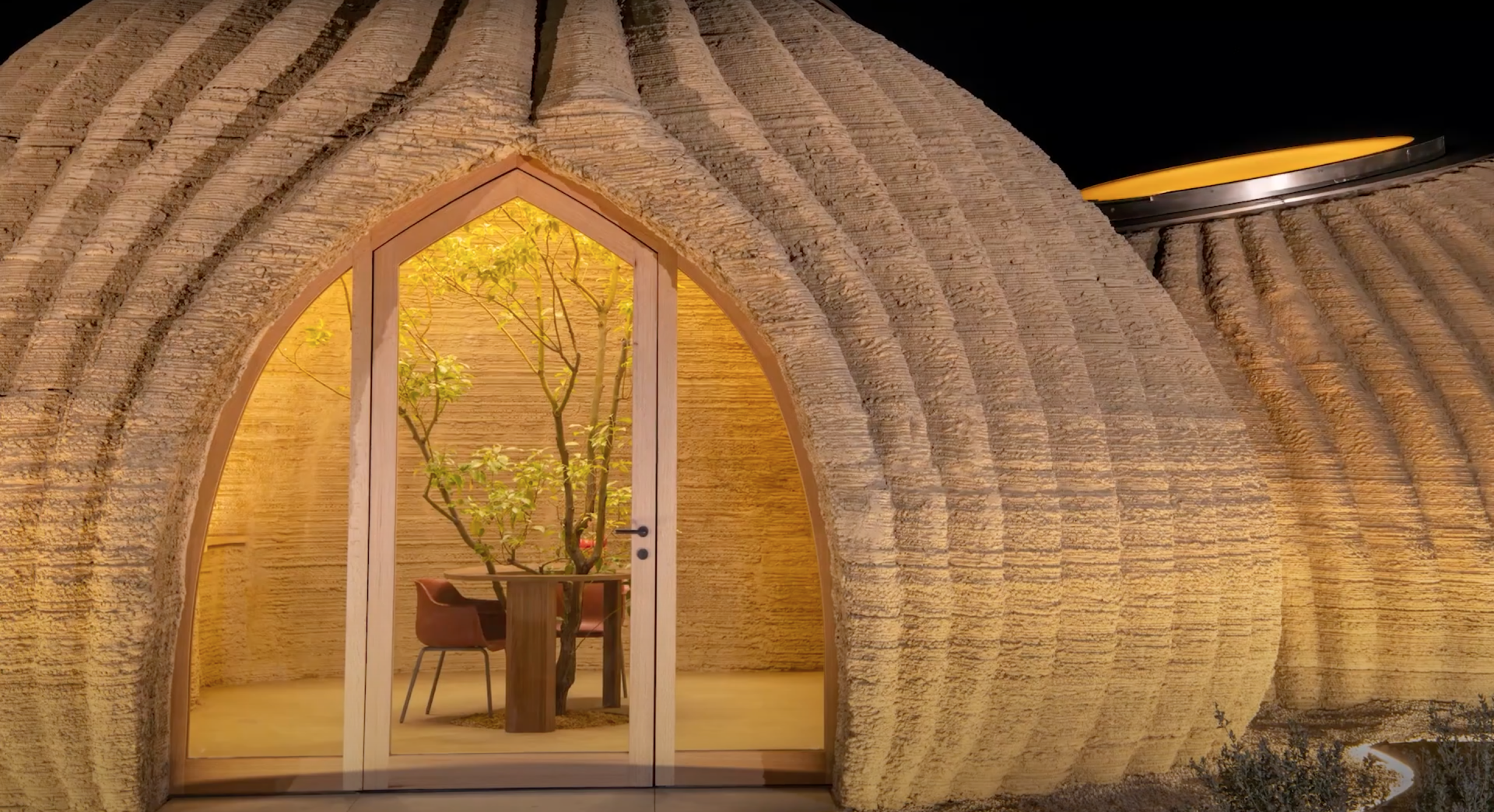 The unit itself consists of only two rooms, but is shockingly big. Overall, there’s 645 square feet of space. And a ceiling that must be over a dozen feet tall at its highest points. There are also built-in countertops and shelves, as well as what appears to be a small, raised portion of the house set off for the bed. Tons of natural light also streams into the house, thanks in part to an oculus capping off either room. TECLA’s clay walls also mean that the house behaves similarly to an adobe hut in terms of cooling during daytime and warming after nightfall.

The most important aspect of TECLA, however, is, of course, its build process. WASP says that the entire house can be printed in just 200 hours. The builders also sourced the soil for the house’s clay walls from the local region. There are drawbacks to this type of structure, however; including the fact that it takes much longer to dry than a traditional concrete structure. The build material also can’t be used for tall structures. But that wouldn’t matter if the builders copied the ol’ moisture farm blueprints and built the homes underground.