On RISE OF SKYWALKER's Promise of Queer Representation - Nerdist

On RISE OF SKYWALKER’s Promise of Queer Representation

This piece contains very mild spoilers for Star Wars: The Rise of Skywalker.

“In the case of the LGBTQ community, it was important to me that people who go to see this movie feel that they’re being represented in the film, I will say I’m giving away nothing about what happens in the movie. But I did just say what I just said.”

These were the words that J.J. Abrams said to Variety in the lead-up to the release of Star Wars: The Rise of Skywalker. Before we get into the meat of this piece, it’s probably worth noting that this is the same interview where he shot down the hopes of fans who felt like the natural chemistry between Oscar Isaac’s Poe Dameron and John Boyega’s Finn might mean that we’d get our first gay leads in a Star Wars film. That decision was one that disappointed not only viewers but also Isaac, who has publicly spoken about his wishes for the pair.

It wasn’t just in his interview with EW that Isaac expressed these sentiments; at the press junket for The Rise of Skywalker, Isaac mentioned that he wanted Finn and Poe to end up romantically involved, but alas people were “too afraid.”

“Personally, I kind of hoped and wished that maybe that would’ve been taken further in the other films, but I don’t have control. It seemed like a natural progression, but sadly enough it’s a time when people are too afraid, I think, of…I don’t know what. But if they would’ve been boyfriends, that would have been fun.”

In the wake of the film actually being released, J.J. Abrams’ promises of LGBTQ representation feel like nothing more than lip service. Star Wars has long had a problem with implied or noncommittal queer characters. The closest that the franchise has come was the coupling of Chirrut and Baze in Rogue One, which director Gareth Edwards has welcomed as an interpretation but said was in no way the intended reading. Queer people’s loves, lives, and partnerships aren’t accidental and don’t only exist when other queer people know them, though in the entire galaxy of the cinematic Star Wars universe we’re yet to see any true queer representation.

“When I talk about inclusivity, it’s not excluding gay characters, it’s about inclusivity. So of course. I would love it. To me, the fun of Star Wars is the glory of possibility. So it seems insanely narrow-minded and counterintuitive to say that there wouldn’t be a homosexual character in that world.”

As the quote above from The Daily Beast displays, J.J. Abrams has been effusive about his choices to center queer representation and his dedication to inclusivity. But as the credits rolled on The Rise of Skywalker, the last film in the Skywalker saga, it became clear that wasn’t going to happen. In case you missed the moment that Abrams thought would make queer audiences feel represented—two women kissing while the Resistance celebrated a victory—that’s because it was in the background of a group scene and lasted for no longer than five seconds.

The brief and tacked-on moment was a slight that felt pointed after the choice to not pursue the natural chemistry between Poe and Finn, and it also reminded this writer of the Russos’ terrible attempt at “representation” in Avengers: Endgame. So why is there this sudden push to get brownie points for doing the bare minimum? Why don’t these directors just not promise anything and be honest about the fact they’re willing to ignore marginalized audiences? 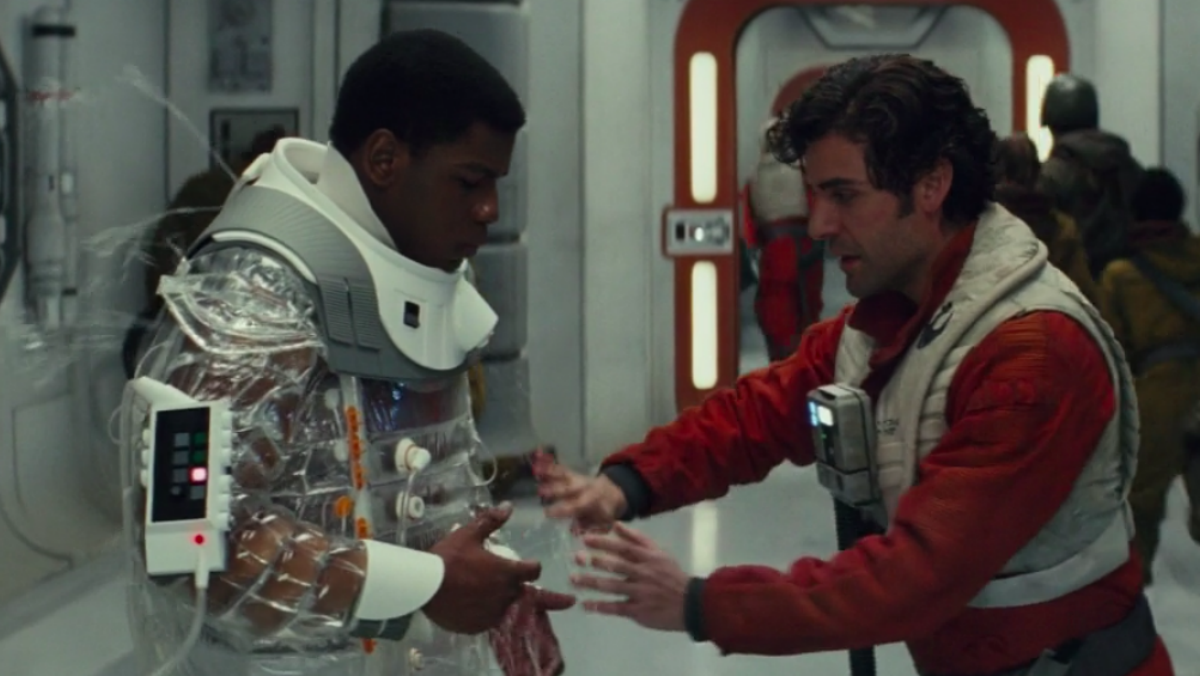 In an age of massive corporate control of mainstream entertainment, fans have found other spaces to get the representation they need. More and more audiences are realizing that they can’t rely on huge studios and franchises to provide them with authentic, nuanced, complex, or even present representation. The advent of the internet and, of course, streaming has changed the way that people find and take in the things that they love. Web comics centered on queer romances, like Check, Please!, rack up millions of views; Kickstarter-funded queer created and centered comics like Elements, Power & Magic, and Be Gay, Do Comics consistently find tens of thousands of dollars in funding from fans all over the world. Radical small press publishers like Silver Sprocket and ShortBox are crafting curated thoughtful content about all experiences.

It’s not like content about marginalized people doesn’t sell or isn’t popular in the mainstream—that’s a common lie. There are groundbreaking works like Pose, Moonlight, Steven Universe, Lumberjanes, She-Ra and the Princesses of Power, One Day at a Time, and many, many more that disprove that idea. A defining feature of each of those projects is that they’re predominantly made by marginalized people with lived experiences that they share with the characters they craft. And as Star Wars movies have still yet to enlist anyone other than a straight white man as a primary director, it’s hard not to draw conclusions that the lack of diversity in front of the camera has an impact on the eventual lack of it on screens. As for what Abrams thinks of Finn and Poe’s relationship, he shared his thoughts with Variety:

As a queer woman who has loved Star Wars for most of my life and who feels lucky to get to write about it for a living, I’d actually rather find my representation elsewhere. Heck, the wonderful Star Wars comic Doctor Aphra is centered on a queer space archaeologist, so we know some LGBTQ+ people do at least exist in the galaxy far, far away. But the idea that two background characters sharing a brief kiss should somehow make me feel represented is not just misguided but is ultimately offensive.

Don’t promise something you can’t deliver on, even if you’re scared of losing your audience. Let’s be real, people are going to see Star Wars no matter what, so you don’t need to make empty promises. And like J.J. stated himself, “It seems insanely narrow-minded and counterintuitive to say that there wouldn’t be a homosexual character in that world.” But I guess if they do exist, it’s still a pipe dream to hope they might play an integral part in a Star Wars story.