Awards season is about to kick off, and first up is this Sunday’s 76th annual Golden Globe Awards. The ceremony is known for its zanier nominations and wins, as the votersâ€”the Hollywood Foreign Press Association, or the HFPAâ€”tend to favor big Hollywood names and hot success stories. The result is a show that’s something of a wild card every year, and one that’s also a lot of fun; the dinner table environment gives the whole thing a more casual feel than the Oscars, even if the nominees are still in millions of dollars worth of dresses, suits, and jewelry.The other fun part about the Globes is that it awards both film and television, one of the few times actors from both worlds are celebrated under the same roof. (Though, as prestige TV continues to reign, the lines between “movie star” and “television star” have irrevocably blurred.) If you’ve caught up on movies but are behind on TV this year, and aren’t sure about the shows that caught the HFPA’s eyes, here are all of the nominated series in both categories, drama and comedy, and the best episodes of the year from each one. A fun bonus: With the exception of Pose, all of these are currently available on major streaming platforms!

As you’ll see, both categories tend to veer towards new shows that were either heavily buzzed this year or feature giant stars. Only one veteran series snuck into the drama category this year. Otherwise, it’s a fresh crop of candidates, all of which could use the boost of a major awards show designation.

The Americans is the only showÂ in this category with more than one season under its belt, and its best episode both of the year and perhaps of its entire run was it series finale, “START.” In lieu of spoilers, I will only say that the FX spy drama wrapped things up about as perfectly as could be, with both a sense of cathartic relief and a whole lot of heartbreak. The whole series is currently available on Amazon Prime. 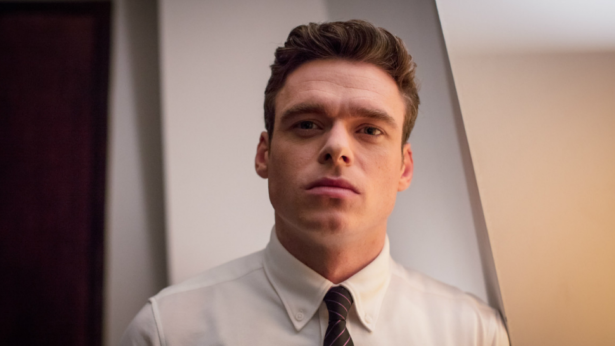 This British series starring Game of Thrones‘ Richard Madden crossed the pond and hit Netflix late last year. The show is about a British Army vet (Madden) tasked with protecting a London specialist protection officer (Keeley Hawes), whose politics he despises. Things come to a head in this finale episode, after a season-long conspiracy comes apart. 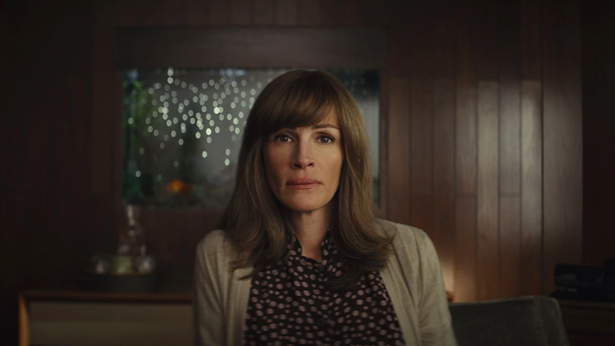 Homecoming is based on a popular fiction podcast of the same name and was a huge hit among critics this year. Julia Roberts plays a caseworker at theÂ Homecoming Transitional Support Center, a mysterious organization that helps soldiers transition back to civilian life. But there’s more than meets the eye with the facility, and the show’s many twists and turns and dead ends keep you guessing at every second. This third episode of the first season starts unraveling some key mysteriesâ€”like what lies beyond the walls of Homecomingâ€”and is full of a perfect balance of answers and intrigue.

The third episode of this explosive new series is where things start getting really good. MI6 operative Eve (Sandra Oh) follows assassin Villanelle (Jodie Comer) to Berlin, where the former is warned by an associate of the latter’s true duplicity. Things get bloody, and oh so good. The first season is currently streaming on Hulu.

Pose, “Love is the Message”

Pose made history for having one of the largest casts of trans actors for any TV show, which makes this nomination such an important one. And if you’ve seen this sixth episode of the first series, you’ll see the magic of this series on full display. It’s a heartbreaking one, about the AIDS crisis during the ’80s and just how insidious it was in the LGBTQ+ communities of New York City at the time.

Like the drama category, this “musical or comedy” section (which is pretty much just comedy) favors star power above all else, and saw a few big surprise nominations.

Barry‘s nomination is a no-brainer. The Bill Hader-created and -starring series made a big splash last year. Hader plays a hitman who takes up acting, a funny rouse that occasionally goes hard on emotion, as is the case in this seventh episode of the first season. Shortly after he’s forced to kill an old Marine friend, Barry heads to an acting performance where he has to deliver just one line from Shakespeare’s Macbeth. It’s a shattering moment and Hader’s never been better.

The Good Place is consistently one of the most reliably funny, clever, and all-around great TV comedies, and this third season episode, where D’arcy Carden’s Janet is able to truly shine, is everything that makes the show so good in one tidy package. Set in Janet’s world, it’s another peek at a series that loves and is so great at unique world-building. 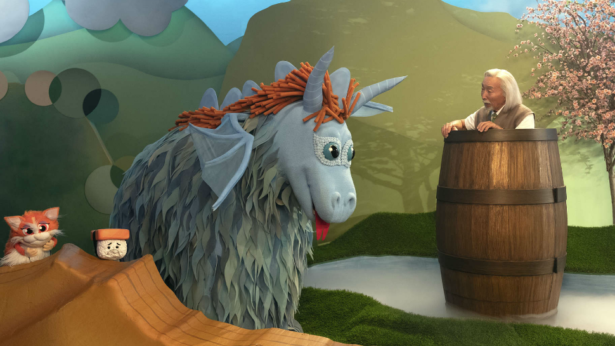 It’s nice to see Jim Carrey’s gonzo Netflix series, Kidding, get some Globe love. It’s a weird show where Carrey places Mr. Pickles, the host of a popular TV show about puppets. Most episodes were directed by Carrey’s Eternal Sunshine of the Spotless Mind collaborator Michel Gondry, and together, the two create a manic, surreal, and hilarious energy, which is best observed in this seventh episode of the debut season, which is also a Thanksgiving episode.

The Kominsky Method, “Chapter One: An Actor Avoids”

Like we said, the Globes love star power, so of course they nominated this Michael Douglas- and Alan Arkin-starring Netflix comedy. Helmed by TV legend Chuck Lorre, the show follows Douglas’ Sandy Kominsky, a once-famous actor who is now an acting coach, and his friendship with longtime agent, played by Arkin. This first episode is a great little opener that shows off the charm of the series, and proves that Lorre isn’t just a one-trick multi-cam pony.

The Marvelous Mrs. Maisel, “Look, She Made a Hat” 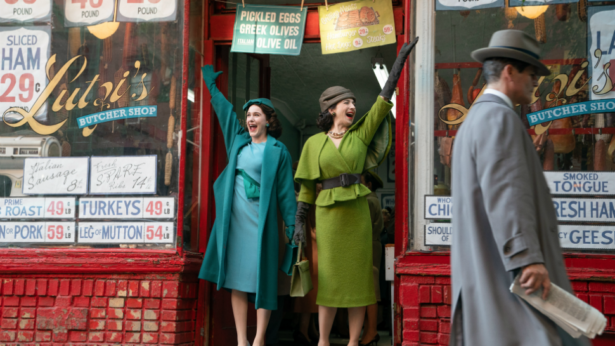 The world is in love with Mrs. Maisel and we’re certainly no exception! It’s hard to pick just one episode from this much-celebrated second season, but we’ll go with this seventh episode, where Midge (Rachel Brosnahan) is exposed to the art world and the Maisel and Weissman families observe Yom Kippur.