Why One RISE OF SKYWALKER Scene Is Missing a Vital Character

Star Wars: The Rise of Skywalker is here and it left us with a lot of questions. The film was ambitious from the outset, meant to wrap up 40 years of storytelling and three Skywalker family trilogies. It also had to conclude the stories of characters introduced in the sequels: Rey, Finn, Poe, Kylo Ren. Your mileage will vary on how successfully each character arc ended. We’re still wrapping our heads around a few of them, as well.

But one thing is for certain: the final scene poses a major question. One the film doesn’t answer, and that we’re likely meant to question. Is it something that will be addressed in future stories, on the big or small screen? Maybe it’s a story for a comic series or novelization. We have one possible interpretation that could explain the absence of a character who should have appeared in the finale. Let’s unpack it beneath the cut. 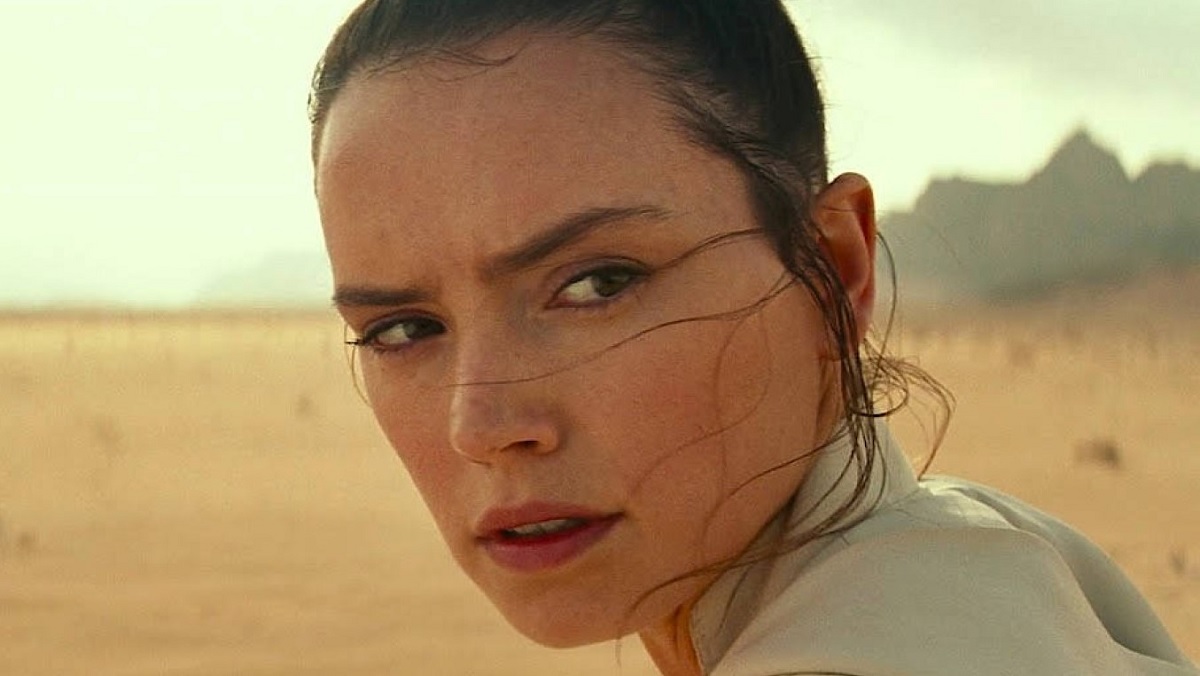 The film ends on a mostly happy note. Palpatine and his Final Order are defeated by Rey and the Resistance. Hope is restored to the galaxy after near annihilation. Rey, Finn, and Poe are all alive, and poised for future heroic adventures.

But one of our new main characters gets a pretty befuddling conclusion. Kylo Ren—who becomes Ben Solo again after an intervention from his parents, Leia Organa and Han Solo—sacrificially dies to save the other half of his “dyad,” Rey. He uses the Force to resurrect a dead Rey, and the two share a romantic kiss before he surrenders to death. He used the rest of his life to save hers. It’s all very tragic, and though we’re not positive it’s the best ending for Han and Leia’s son, it’s still a profound moment for the character.

One could assume this sets up a finale where the ghost of Ben Solo appears with his mother, who dies earlier in the film but whose body doesn’t join the Force until her son’s passing. The last scene in the film finds Rey on Tatooine, burying Luke and Leia’s lightsabers, and looking fondly into the distance to see their Force ghost before assuming the name “Rey Skywalker.” But Ben—whom Rey confesses her feelings for earlier in the film, and who she kisses upon her resurrection—isn’t with them. Why?

There are a smattering of possibilities. One is that he simply never learned how to become a Force ghost. As we learn in the prequels, it’s a complicated process only recently mastered. However, Anakin Skywalker appears as a Force ghost in Return of the Jedi, immediately after his own quick redemption and death. Star Wars waves away a lot of its own logic for thematic, emotional resonance. Ben could have easily been a Force ghost if that was the intended impact.

We have another possible read on his absence. One that tracks with other events from the film, and the new Force healing powers.

What is Force healing?

Early on in The Rise of Skywalker, we’re introduced to a new Force power: Force healing. (Which was also shown in recent episodes of The Mandalorian.) It’s an ability never before shown in the live-action films, and therefore it’s still a bit of a mystery. We know from ancillary material that Rey learned about it from the Jedi books she took from Ahch-To. We also know, after she first performs the trick on a serpent in a Pasaana sinking hole, that it’s a transference of her own life Force. She mentions that she had to put a bit of her life into the creature to heal its wounds. But what does that mean?

Again, because the power isn’t fully established, it’s mostly left for interpretation. One read is that Rey literally used part of her soul to help the serpent. Later in the film, after an emotional showdown with Kylo Ren atop the Death Star ruins, she uses the power again. After stabbing Kylo with his own lightsaber, she Force heals his wound. (If you watch closely, you’ll also notice that the scar she gave him in The Force Awakens fades in this moment.) Moments after this, Kylo has a vision of his father Han Solo, who steers him back to the light.

Was it Rey who transferred this vision to him? Right before Han appears, and before Rey flees, she confesses that she always wanted to take the hand of Ben Solo. Maybe when she healed Kylo, she inadvertently showed him the very thing he needed to become Ben. The person who would save her later life at a crucial moment. 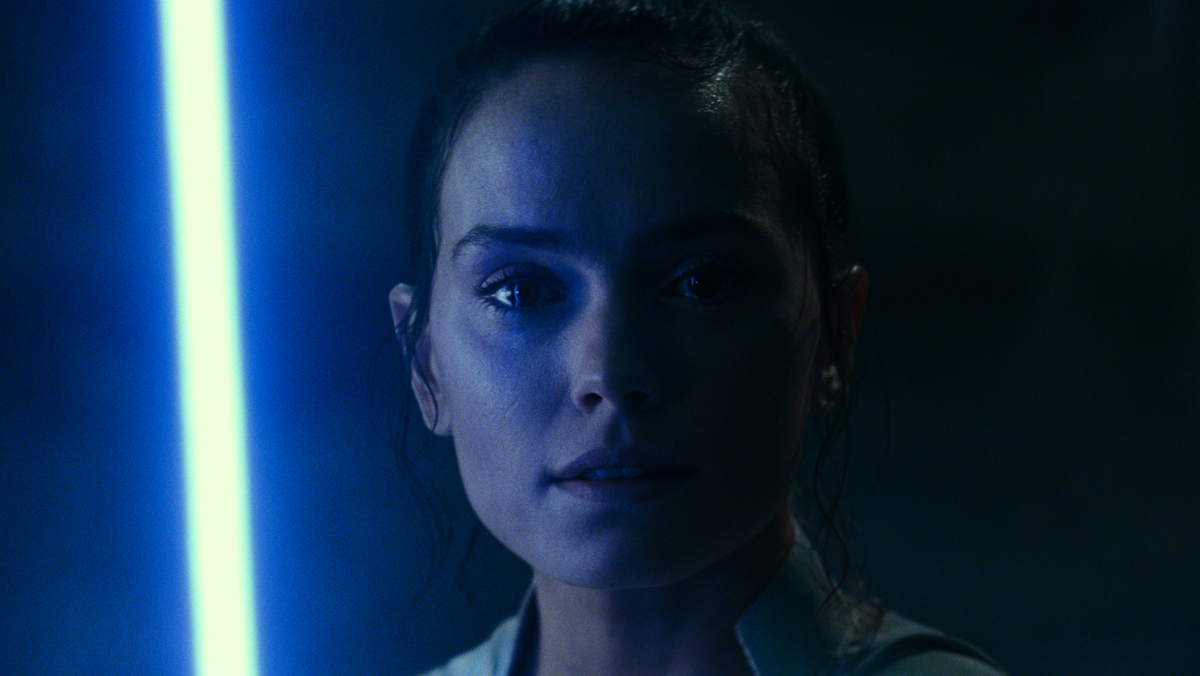 Does Ben live in Rey now?

If you look at Force healing that way, it could explain the absence of Ben’s Force ghost at the end of the film. Though their Force dyad bond is drained by Palpatine, seemingly severing their powerful connection, Ben uses the last of his strength to resurrect a dead Rey. If the whole “putting your life into the thing you heal” bit is accurate, then maybe Ben’s soul now lives inside Rey. It’s why Leia was able to cross over—she’s happy knowing her son is at peace. Now, he can be a Force ghost when Rey dies, and their bond can continue into the next life. “Live together, die together” feels like a very Force dyad thing.

The idea of souls living within other bodies is set up elsewhere in the film. Palpatine mentions that he is “all of the Sith,” and tries to transfer that to his granddaughter Rey. She also channels the Jedi and mentions that she’s all of them. Obviously the Force healing bit would make this more literal in the case of Ben, but the idea that we carry people with us is presented multiple times in the film, so it feels like a theme.

Maybe that’s why Rey doesn’t grieve Ben at the end. Because she knows she carries him with her still, and that one day—when she dies—all of the Skywalkers will reunite once again. Including her. For a film that feels otherwise a little void of clarity and hope, it’s a read on the ending that feels peaceful. Kylo Ren really did finish what Vader started: He learned how to save the person he loved, and to be with her forever.