We’ve seen our share of anime theme song parodies in our day. But this latest one might be one of the best. For the season five finale of Rick and Morty, the Adult Swim series got a special opening title sequence. The episode, titled “Rickmurai Jack,” was of course a nod to another Cartoon Network classic, Samurai Jack. Once again, Rick and Morty went full anime on us. And then after an anime-inspired credits sequence, they just went back to regular old’ Rick and Morty.

In the previous episode, Rick had teamed up with two crows, becoming “Crow Rick.” Now, Crow Rick faced off against his nemesis, Crow Scare. You can watch the anime-inspired opening credits for Rick and Two Crows right here:

Luckily for everyone, Rick and Morty translated the lyrics into English. And they are pretty much what you’d expect from a younger-skewing anime series. They go a little something like this: “I’m riding on the winds/ We are soaring with our black wings / Forever we will fight together / Beyond the sky with you.” It’s all appropriately chipper, and the tune will likely get lodged into your head all day. Sorry about that. 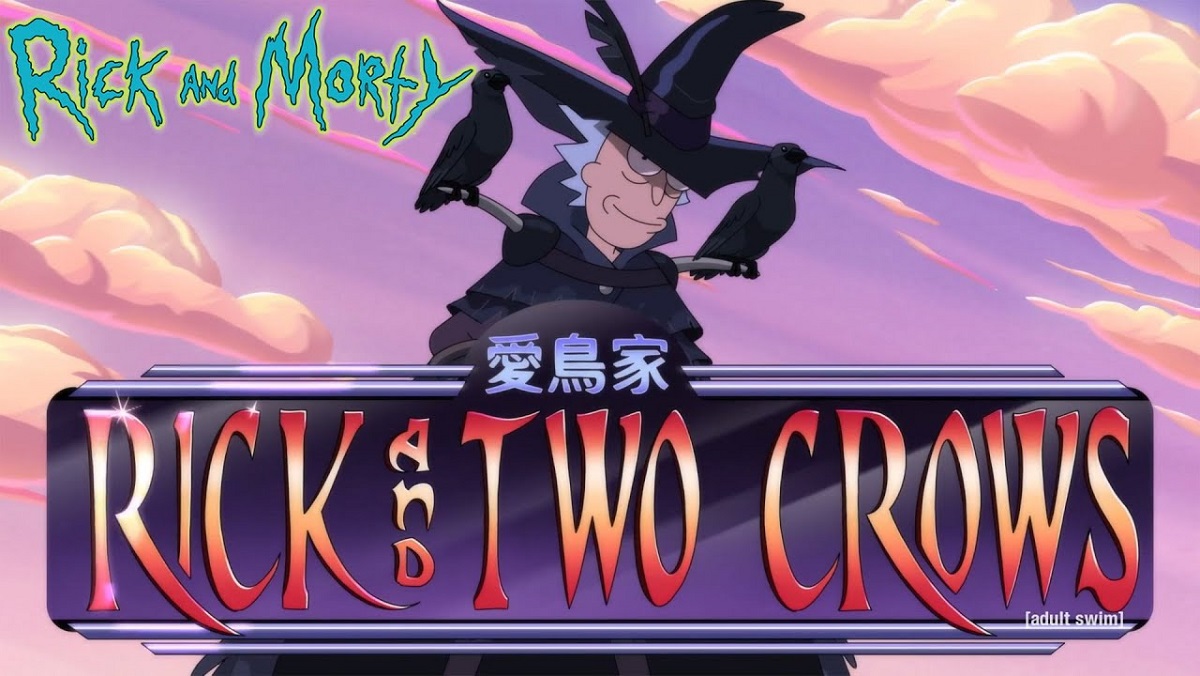 The season five finale had a pretty major reveal, as Evil Morty made his long-awaited return. There is usually up to two years between Rick and Morty seasons, so you’re probably going to have to wait quite some time to see how it all pans out. In the meantime, just watch the opening credits to Rick and Two Crows one or five more times.