Rick and Morty‘s multiverse has an infinite number of worlds for the show to explore. With so many places to visit, Adult Swim’s smash hit also has roughly an infinite number of characters. From Bepisians and Blamphs, to Bliznarvians and Bluubosians, just the letter “B” is impossible to keep track of. It’s not easy to remember the many versions of Rick we’ve met either. Let alone every other being who has appeared. Fortunately you don’t have to anymore. Dark Horse will do that for you, with the squanchy new Rick and Morty Character Guide. And Nerdist has your exclusive first look at six pages from the collection, which includes entries on dragons, devils, high school students, and more fan favorites. 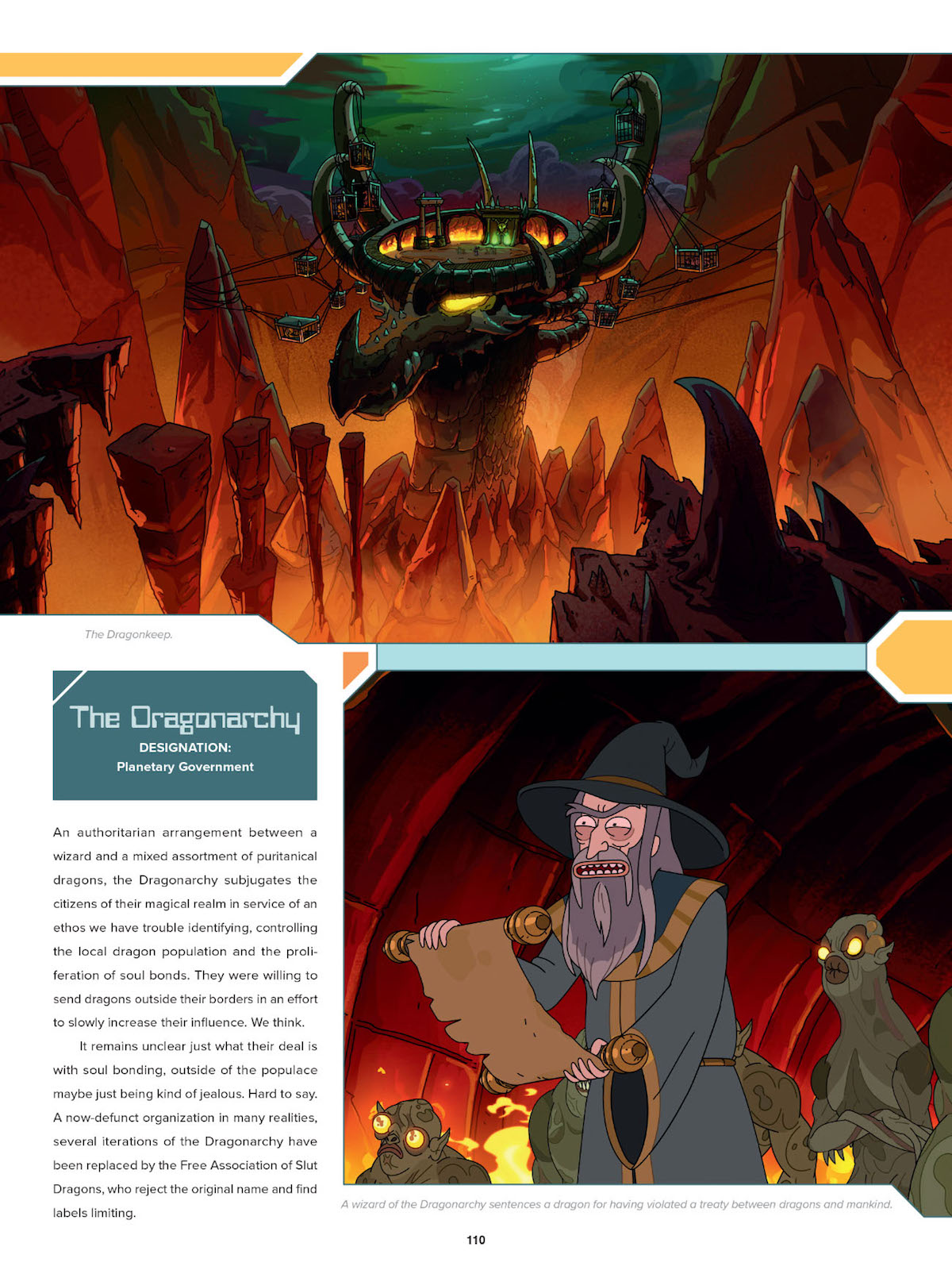 From alien races to specific characters who have been on the show, this resource will help you remember who is who. And in many cases also who is what. 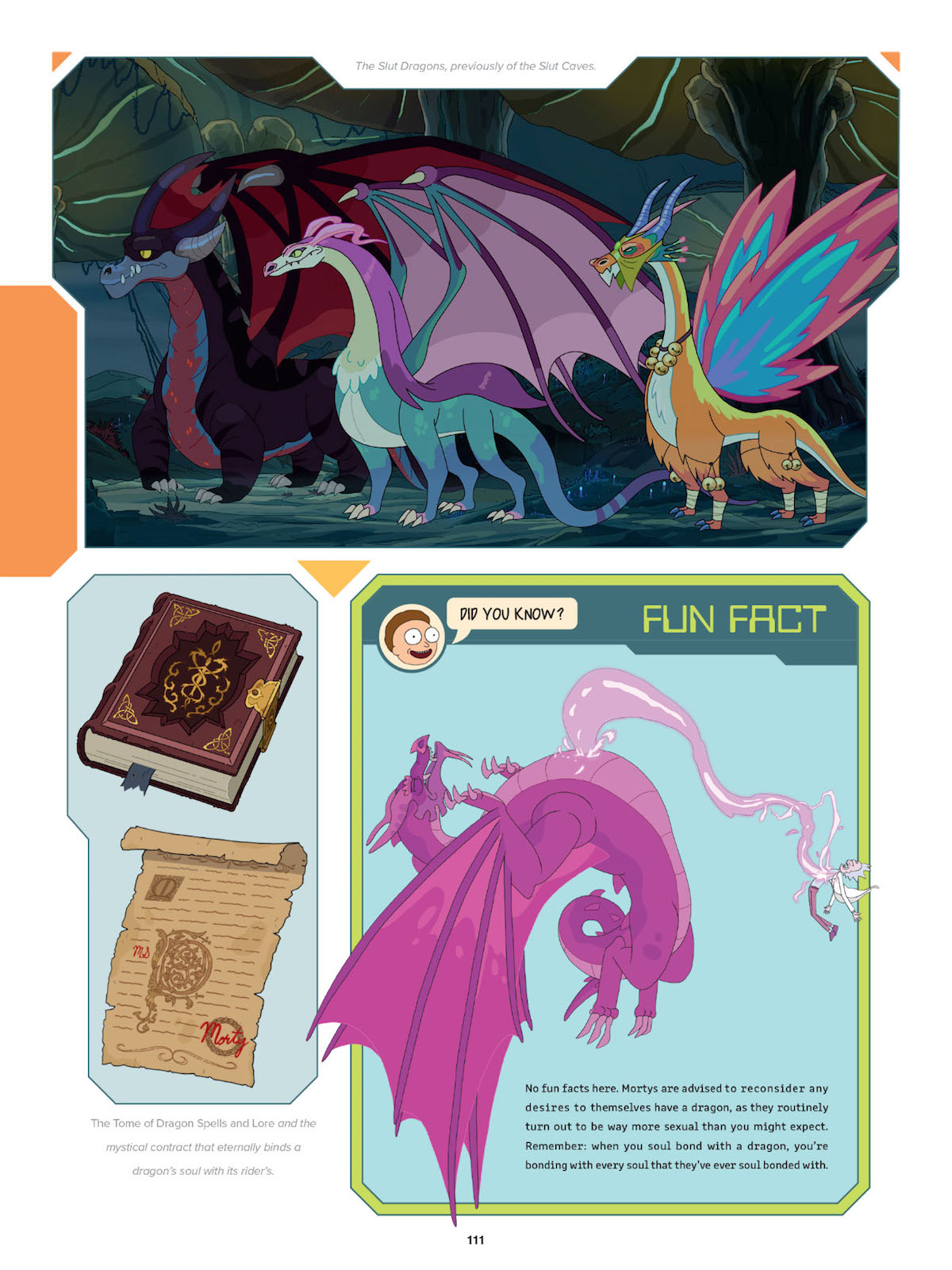 “In an interdimensional reality as convoluted and crazy as Rick and Morty, it can be hard to keep all the Korblockians, Greebybobes and Gazorpians straight. But don’t panic! It’s all here in this book! Want to know more about the Council of Ricks? Or Ricks feelings on Zeep Xanflorp? Or why Birdperson talks like that? This book has got you covered!” 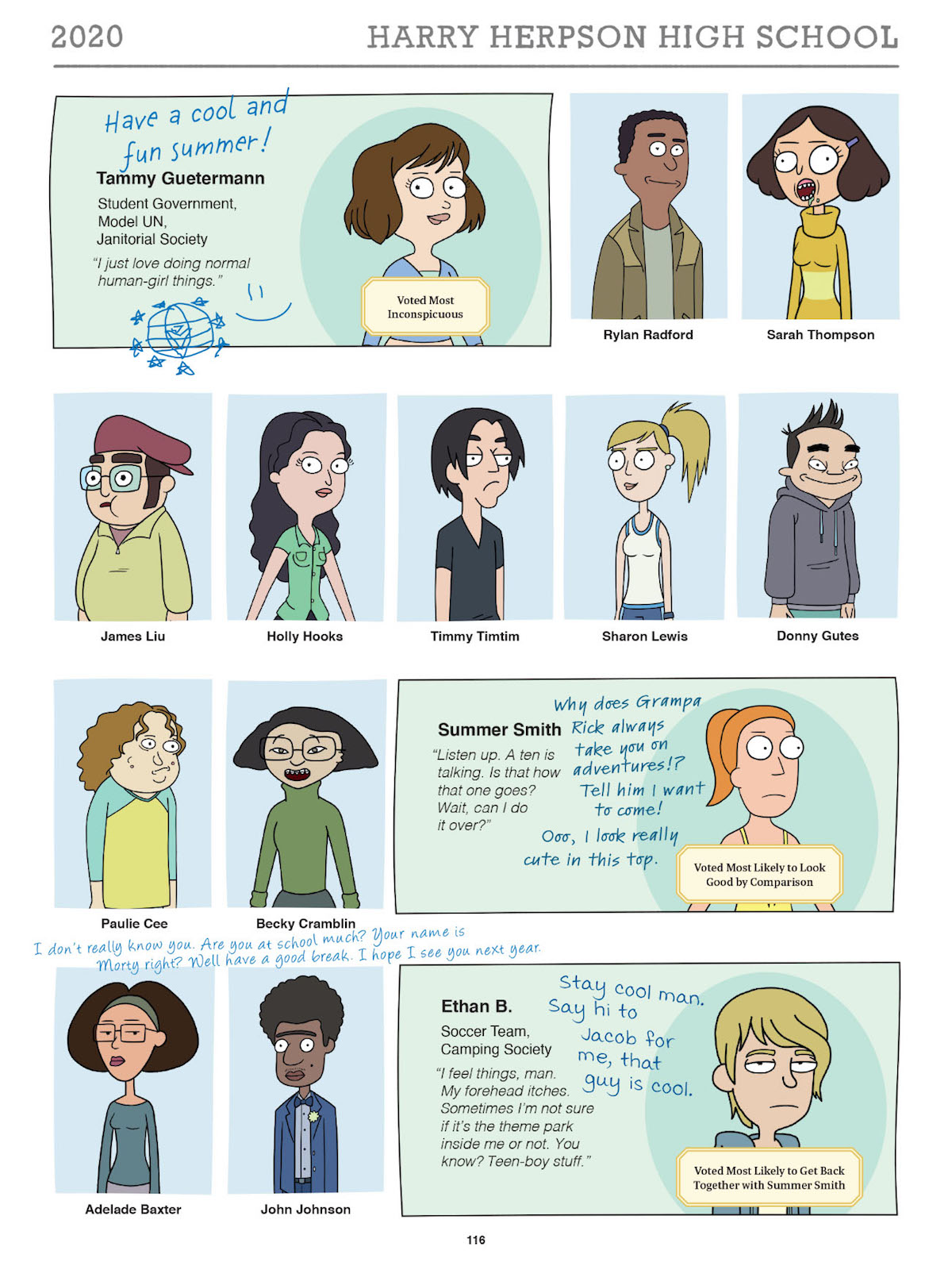 I 100% was sure I remembered exactly who Zeep Xanflorp was, what episode he appeared in, and who voiced him. I was 100% wrong. And I’ve seen the episode he’s in at least five times.

And since I have no idea what a Korblockian is, it’s safe to say I can use this encyclopedia. (I do remember Snowball though.) 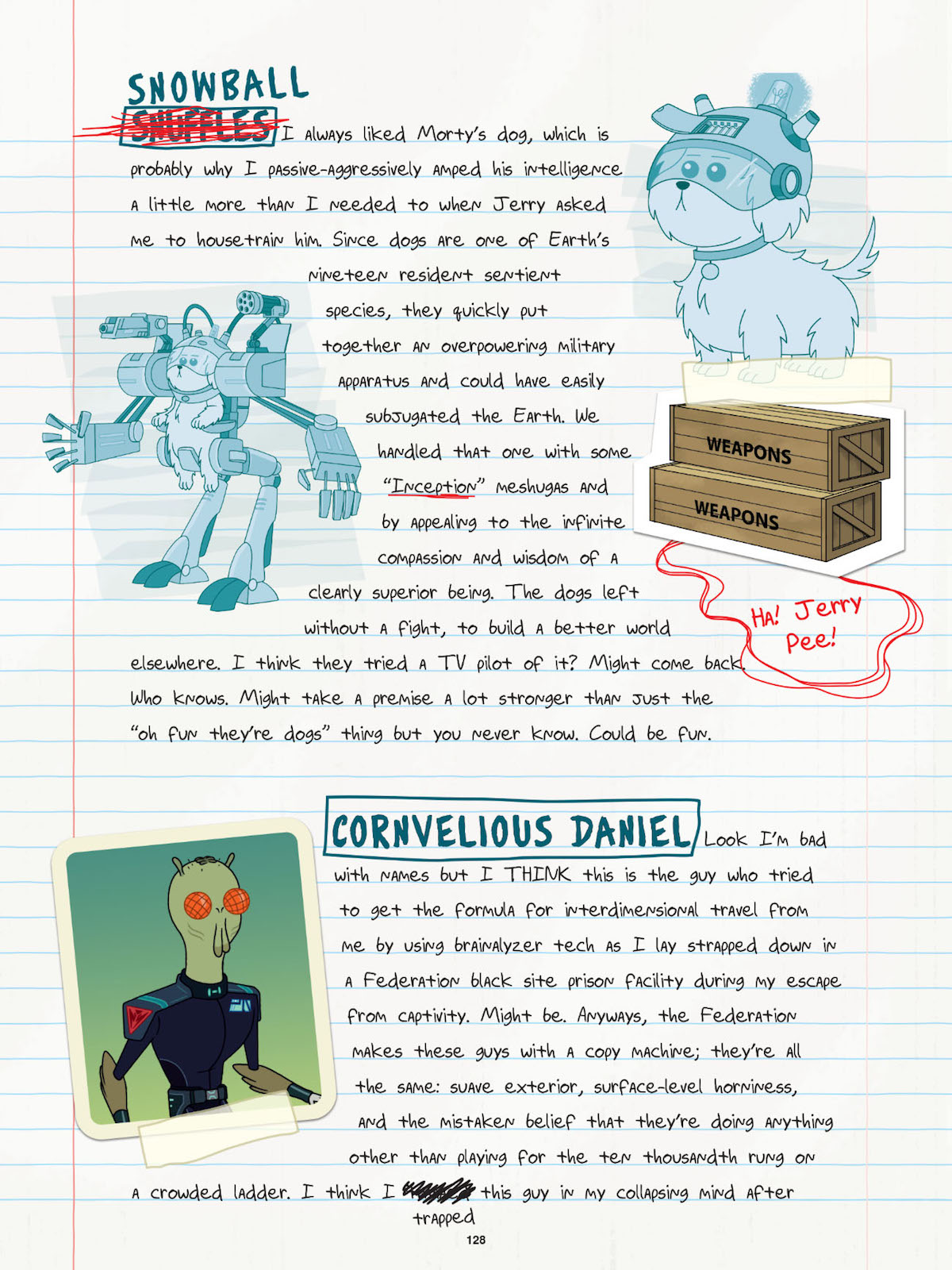 Even if I remembered every single alien and talking god though, the art and write-ups in the book would be worth it. 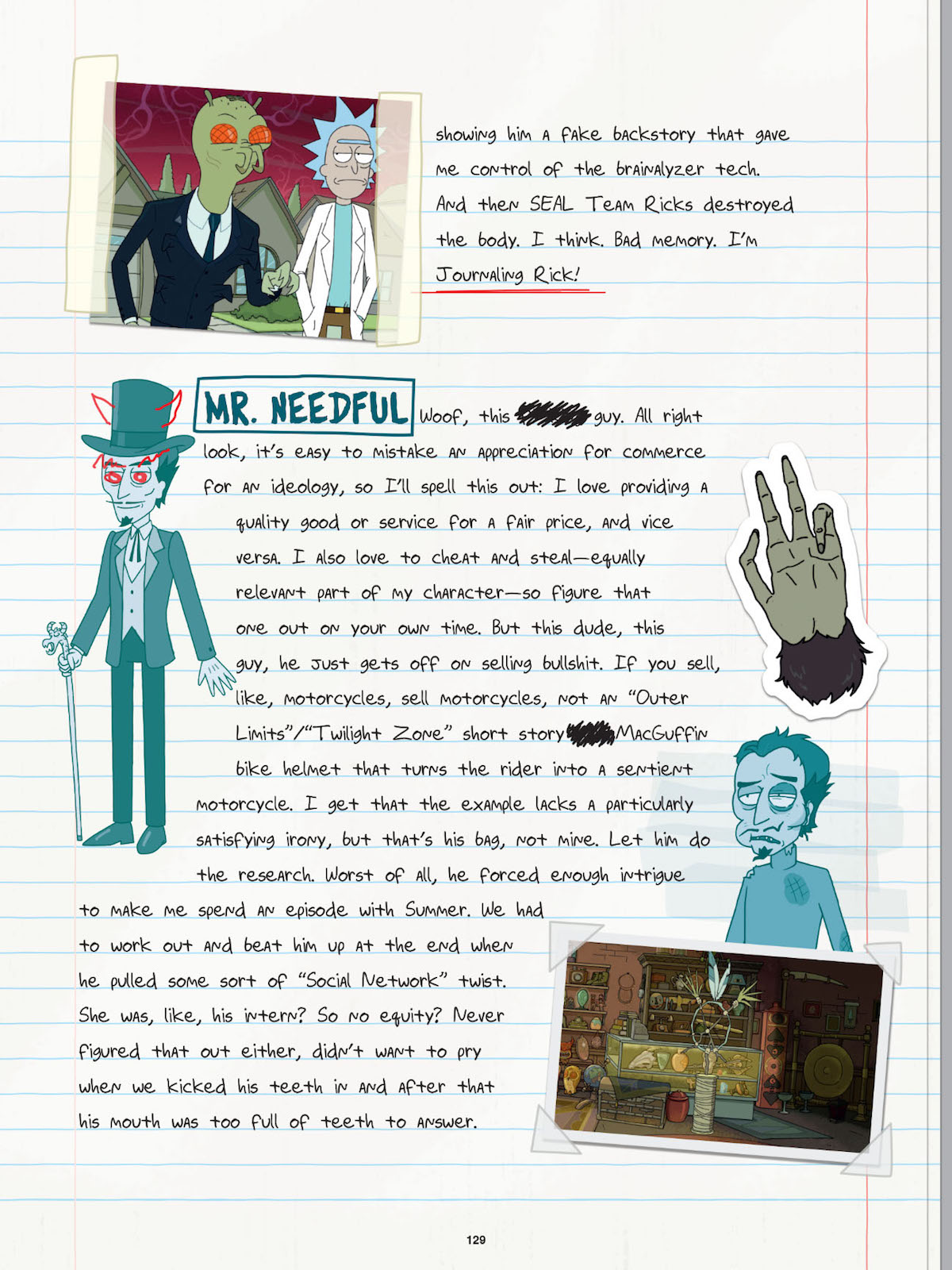 The 160-page Rick and Morty Character Guide ($39.99) is in bookstores—including your local comic shops—and also available to order online now.

It will also serve as a de facto high school yearbook for those of us who miss our tiny friend. 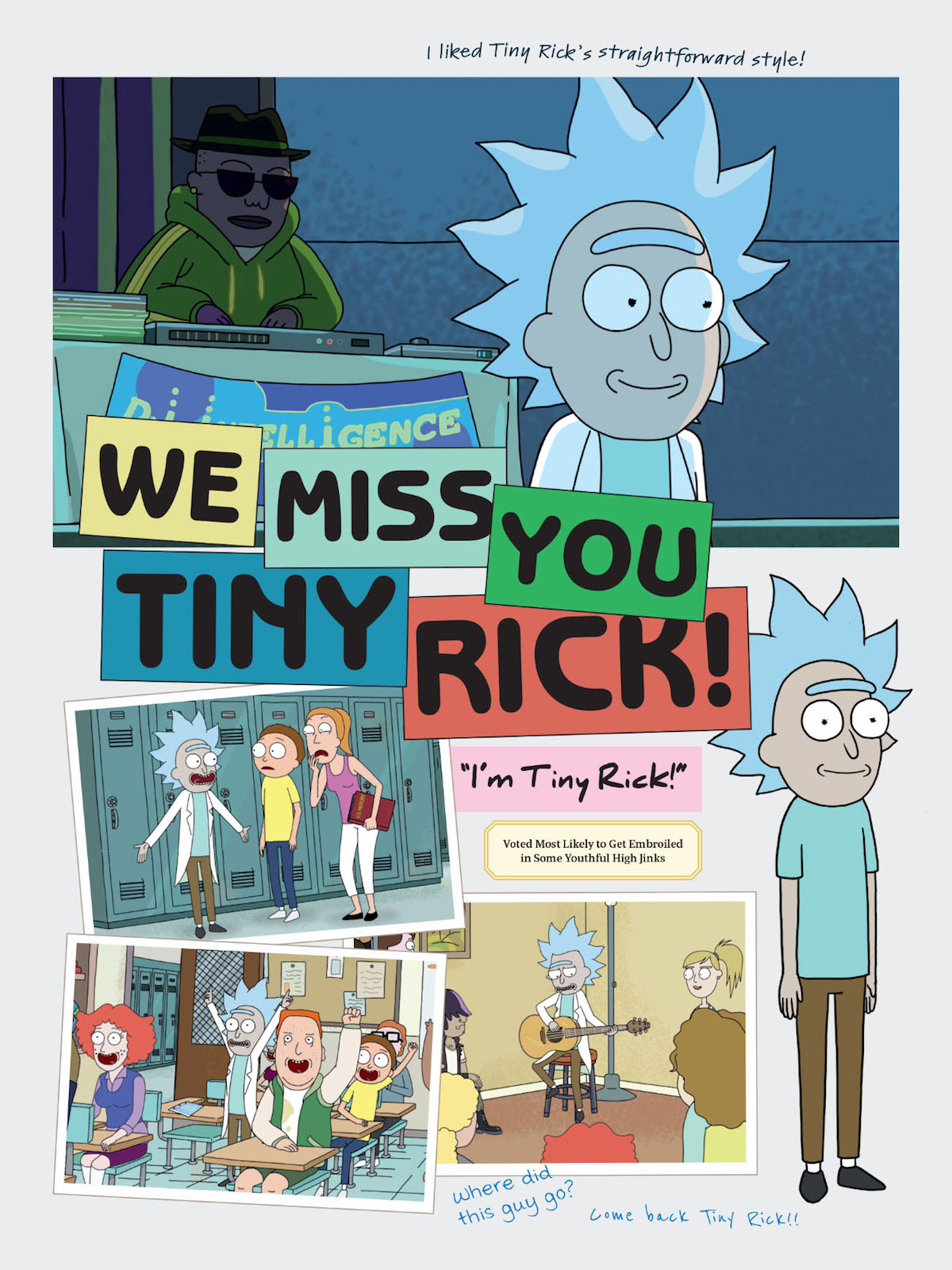 By the time I memorize all of the “B” species it will probably be time for a second character guide. That’s not a bad thing though.