RICK AND MORTY Gets Real Weird in New Anime Short

Anything is possible in a universe with infinite dimensions. Rick and Morty has introduced fans to cowboy and fish versions of its eponymous pair. Cronenberg variations roam free in monstrous realities. And countless renditions of the two fill a Citadel. We don’t need to visit a different dimension to imagine what an anime-adaption of the series might look like though. Adult Swim keeps showing us. Tower of God director Takashi Sano is back with another short. But no matter the animation style, one thing is always true about Rick and Morty: never trust Jerry with anything.

“Summer’s new boyfriend isn’t human, Jerry’s in big trouble as usual, and Rick is well…just being Rick.” is the official synopsis for the new Rick and Morty anime short from Adult Swim. “Summer Meets God (Rick Meets Evil)” is Takashi Sano’s second anime special for the series. The first, ” Rick and Morty vs. Genocider,” debuted last summer. It was the second original anime special for the show. Studio DEEN’s “Samurai and Shogun” premiered last March. It was a Ricktacular tribute to the beloved Lone Wolf and Cub manga.

Sano’s new short directly connects to this week’s Rick and Morty episode. The GoTron robots Rick combined into bigger Voltron-like mega machines are back. Only this time that fighting behemoth has the consciousness of Summer’s A.I. boyfriend. Even worse? It has Jerry trapped inside. And he is definitely not equipped to deal with the situation. (No surprise. He’s not really equipped to deal with most situations.) In an anime that is bizarre even by Rick and Morty standards. Which is really saying something, especially after this season. 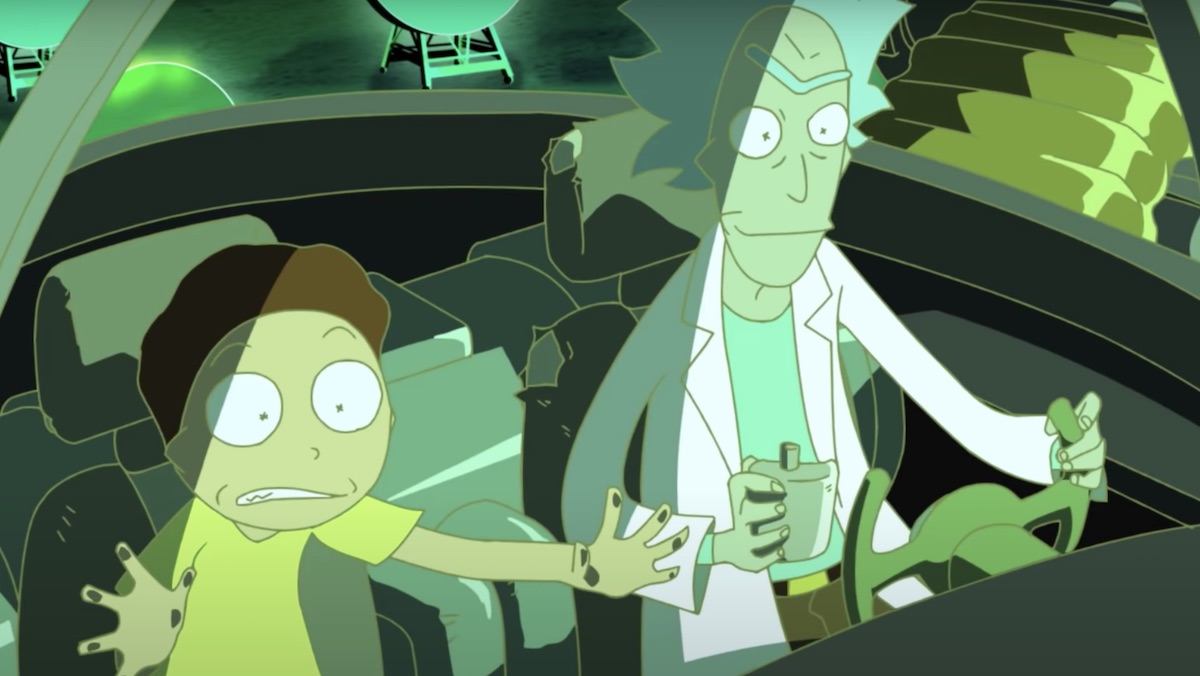 In an alternate dimension, Rick and Morty always was, and always will be, an anime series. But hopefully, those fans are also getting American-style cartoons. Preferably ones featuring drunk robots having an existential crisis.

What’s the point of an infinite universe if you can’t get both?