What to Know Before RICK AND MORTY's Season 5 Premiere - Nerdist

What to Know Before RICK AND MORTY’s Season 5 Premiere

Rick and Morty returns for its fifth season on Adult Swim on June 20. The last time we saw the smartest man in the infinite multiverse, he had to face a hard, indisputable truth: he’s a terrible father. Which is really a tough lesson to learn now that he has twice as many children as he used to. How did that happen? And what other issues await him when the new season premieres? Here’s everything you need to remember ahead of Rick and Morty‘s new season, along with the show’s biggest remaining questions and how it might answer them.

There are Now Two Beths 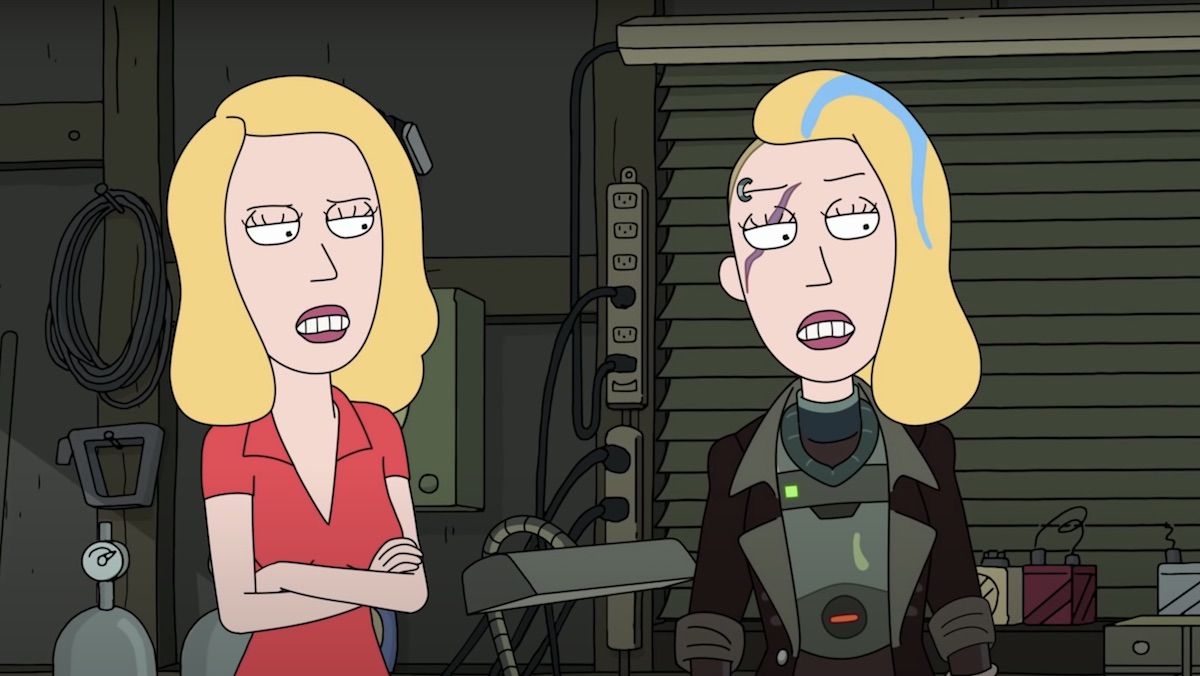 In season three, episode nine, Rick told his daughter Beth he could make her an exact clone to stay at home and care for her family. That way the real Beth could go off on galactic adventures. The show never revealed whether or not she took him up on that offer. Not until we seemingly got an answer in the season four finale.

The episode introduced Space Beth, a dangerous freedom fighter a lot like her father. But when Space Beth realized she might be a clone, she came back to Earth to kill Rick. Ultimately though the show revealed that in season three Beth had actually asked her father to make the decision for her. Instead of taking responsibility, he cowardly absolved himself of the knowledge over which Beth was actually the clone. Now no one knows if Space Beth or Home Beth is the real one. But neither of them cares. Nor does the rest of the family. There are now two Beths. Both of whom think their father is “a piece of s***.”

The Gromflomites, seemingly wiped out by Rick previously, regrouped to form the New Galactic Federation. But Rick is no longer their number one enemy. As Tammy told Rick, “They know if you’re left alone you’re a non-threat.” Rick says that’s what he wants. But when he was forced to rescue both Beths from the Federation, he seemed to revel in reminding the bug-like invaders how dangerous he still is.

The Gromflomites focus will likely remain on the family. Space Beth is their number one enemy, and that makes Rick their problem too. So long as the Galactic Federation exists, they are, at minimum, a potential nuisance for the Smith family to deal with. 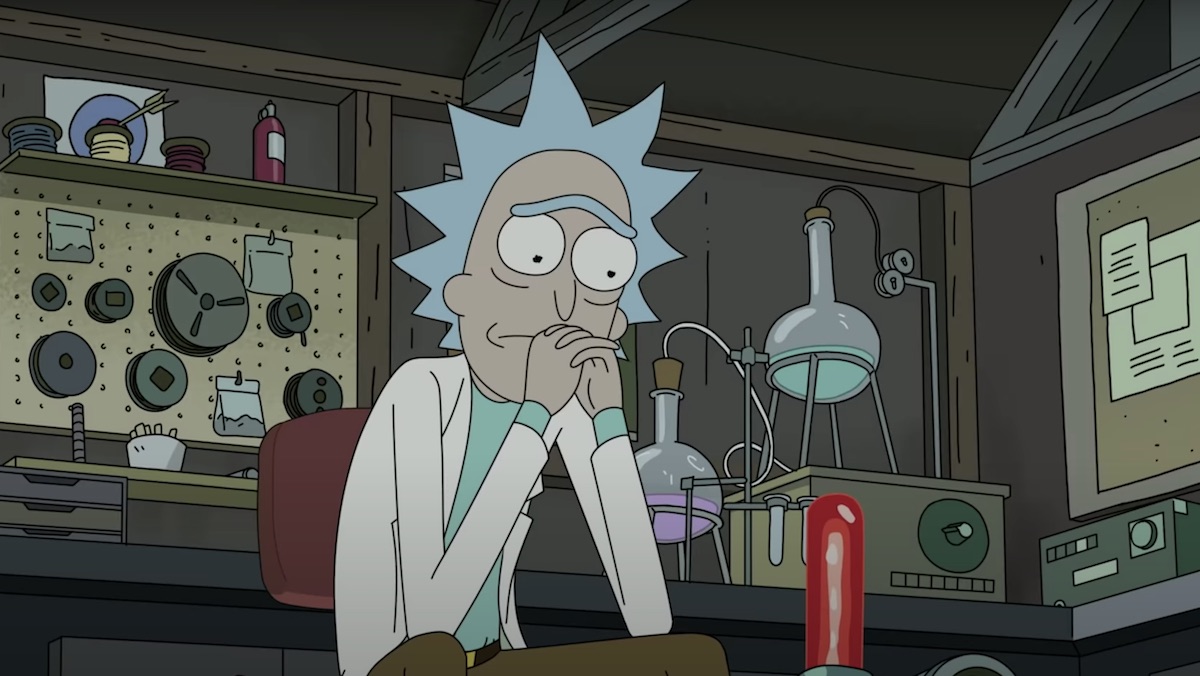 At the end of season four, not one member of the Smiths cared to learn which Beth is the clone. Because they have bigger concerns than dealing with their selfish family member. “The truth is we have more important s*** to do, like raise our kids and stamp out the Federation. Neither of which seem like they want anything to do with you,” said Space Beth. She also got Rick to cower when she feigned punching him.

Even Rick’s grandkids seem to be done with his crap. Morty thinks it’s cool to have two moms and isn’t concerned with Rick’s antics. And Summer really put him in his place. “Yeah grandpa Rick, don’t drag us into your bulls*** just because you’re losing control.” Rick enters season five with far less power over his family than he had before. Everyone seems wise to his manipulative ways. 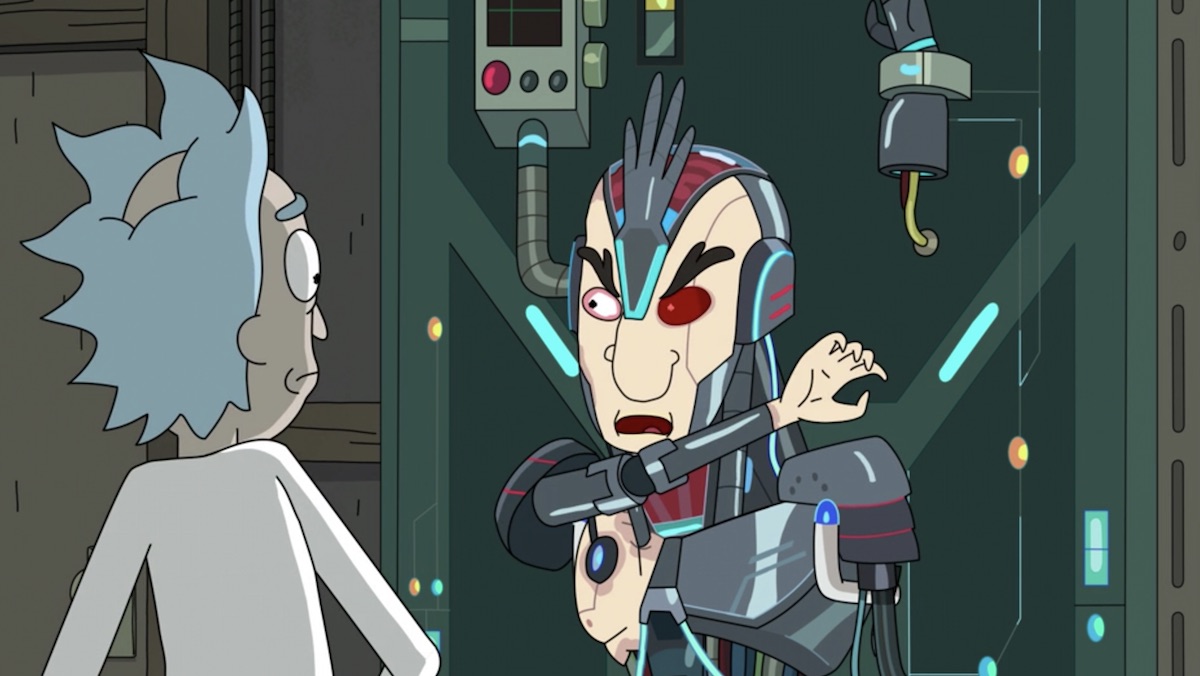 Phoenix Person and Rick staged an epic fight that ended when Jerry came to Rick’s rescue. Jerry used Tammy’s dead body as a puppet, which enraged Phoenix Person. And that fury hadn’t passed by the time Rick turned his friend’s body back on in the garage. While Bird Person is not his old self yet, it seems like only a matter of time before Rick has his bestie back. Assuming Bird Person won’t hold Phoenix Person’s old grudges.

Will We Ever Learn Which Beth is the Clone? 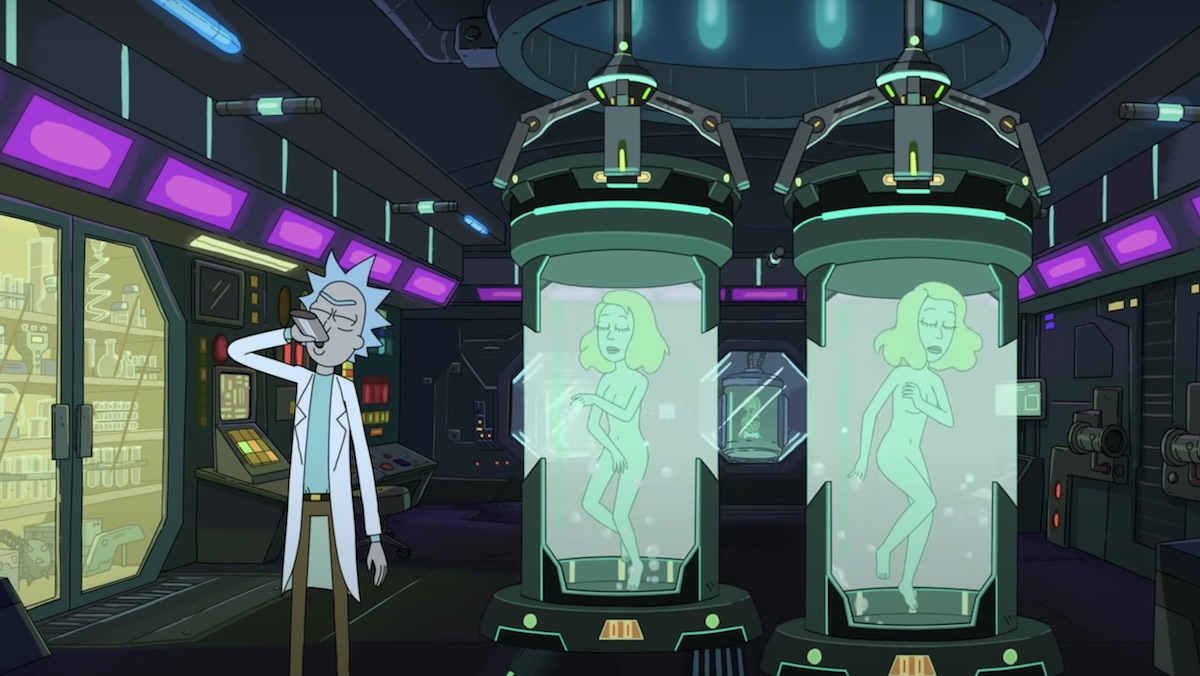 Space Beth and Home Beth don’t care to know which one is a clone. Neither do Morty, Summer, and Jerry, who is stoked to have two wives. But how long will that be okay? Will Space Beth simply go off on more adventures and only return sporadically? Leaving Home Beth to independently lead her domestic life? Or will having an exact replica in the same universe eventually cause problems for both? Also, will the initial excitement of double Beths wear off, making the rest of the Smith clan regret having two moms/wives?

And how long will the show want to account for the exploits of each? Maybe it will never be a problem. But if it is, either for the characters or the writers, the issue could be resolved by finally revealing which Beth is the clone.

Can Rick Establish Dominance Over His Family Yet Again?

We’ve seen Rick end a season in a very bad place before. To save his family he willingly turned himself over to the Galactic Federation in the season two finale. But in the season three premiere that turned out to be a brilliant ploy to destroy his enemies. He ended that episode by re-establishing himself as the head of his family. A position he then lost again in the season three finale. Before he gained it back in season four. It’s just what he does.

From getting Beth and Jerry to break up only to see them reunite, to losing and regaining Morty’s fealty repeatedly, this is a familiar pattern for Rick. The big difference in the season four finale though was that the family finally seemed to be exhausted by his selfishness. And he lost the support of his biggest backer in Beth. Two-times over. Without her (both of her) concerned with pleasing her father and making sure he never leaves again, can Rick recapture his role as the center of the Smith family?

Prediction: Yes. Never bet against a winning streak. And Rick always wins, including family power struggles. But we do think something has changed in the Smith family for good. 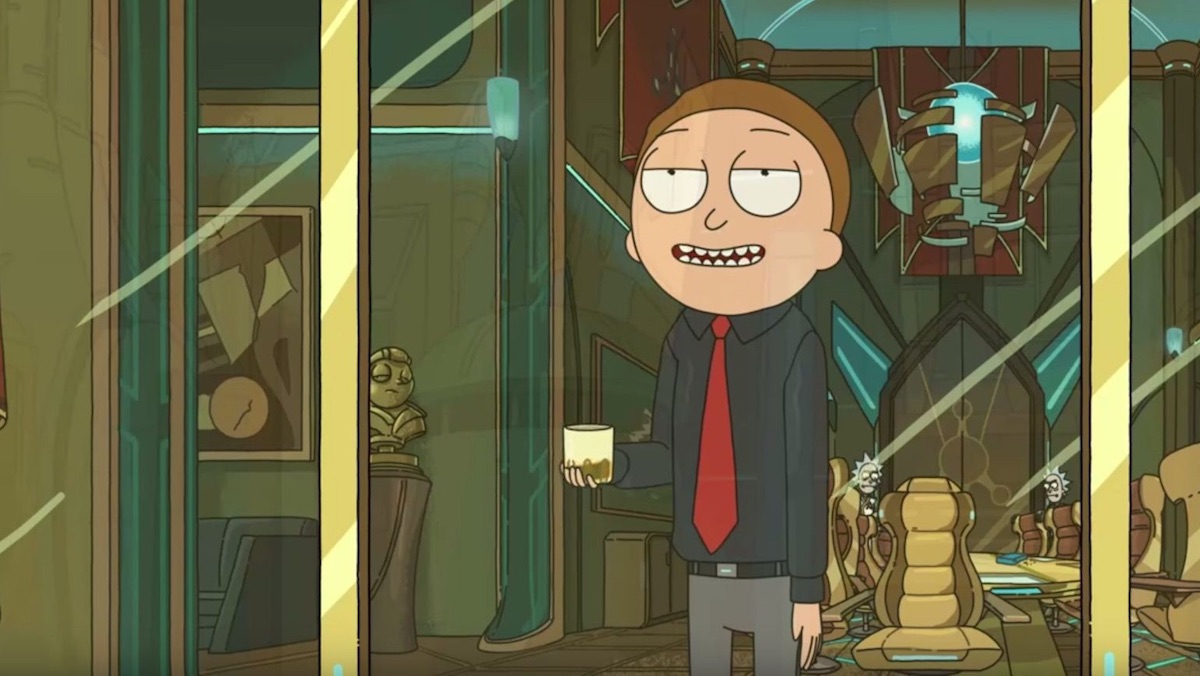 In what turned out to be an incredible trailer troll job, the only time we saw Evil Morty in season four was during “Never Ricking Morty,” which took place on a Narrative toy train. None of those stories actually happened; they aren’t canon. Evil Morty hasn’t really appeared since season three.

Will he make a return in season five? And if he does, will we learn more about the sinister president of the Citadel of Ricks true plans? He’s Rick’s most dangerous foe, even if Rick doesn’t know it. Is this the year Evil Morty makes his presence felt to our Rick and Morty?

Prediction: We will see Evil Morty—for real—this time. And it will be a significant new chapter in his story. But we won’t get all the answers. His arc and role on the show will only get bigger going forward.

What Is Real About Rick’s Past? 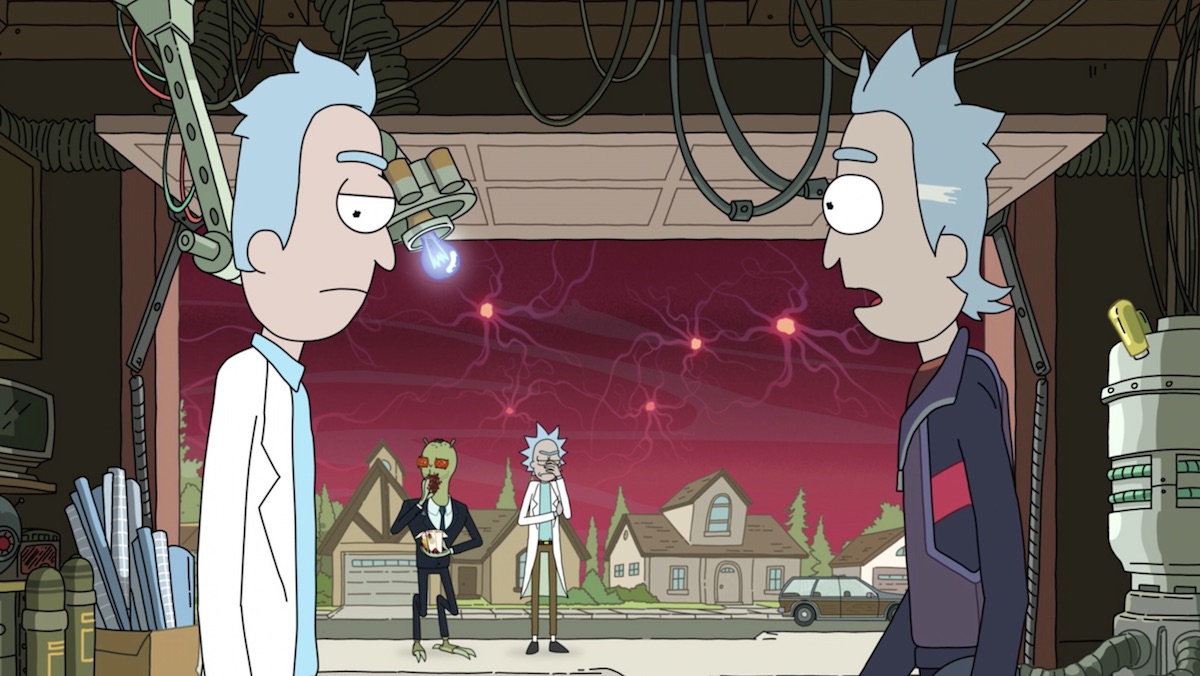 We know almost nothing about Beth’s mom, Diane. Or exactly why Rick left his wife and daughter. We can’t even be sure Diane was real or that she died. It’s not even certain Rick actually abandoned his family. Was he taken from them? All we’ve ever seen from his past are questionable “memories” he used to trick the Federation. Those flashbacks might be total fabrications.

So what, if anything, actually is true? Why was he out of Beth’s life for so long only to then return to his family? This might be the defining question about Rick, which could explain everything about his past and why he is the way he is.

Prediction: After season four mostly ignored major questions about the show’s lore, season five will dive right back into it. We don’t expect any actual answers about Rick’s past. But we do expect lots of new clues for us to try and decipher for meaning. It’s going to be both frustrating and a whole lot of fun.

What’s the Deal With That Talking Cat? 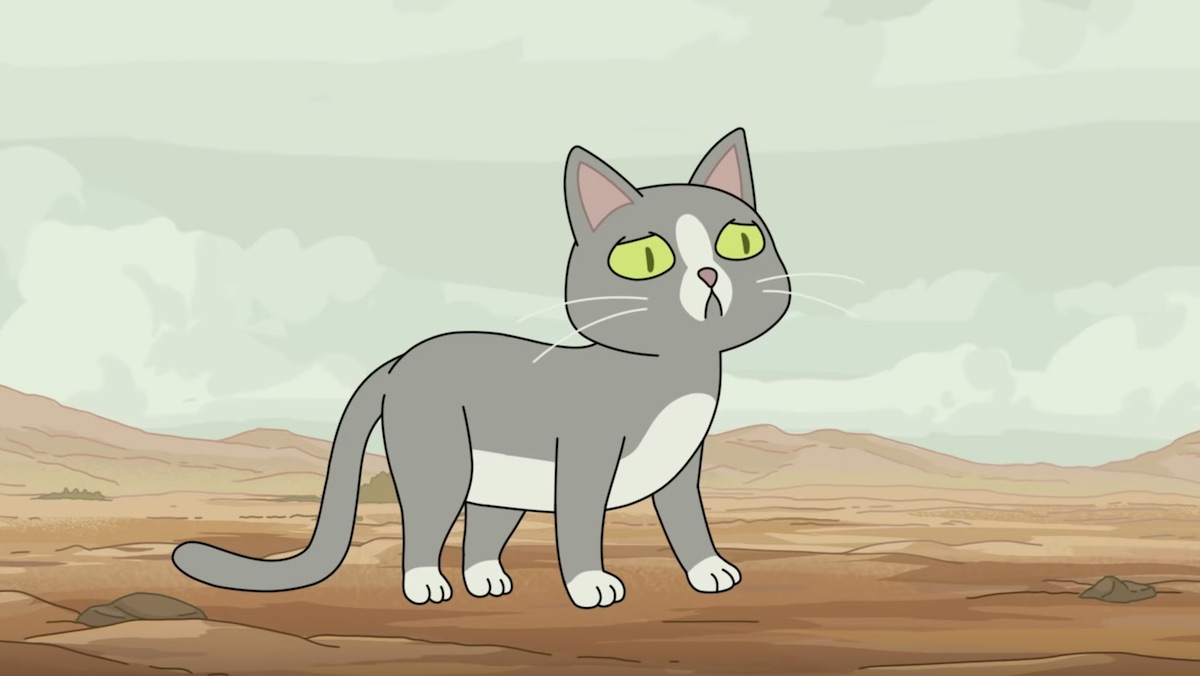 Normally a talking cat on Rick and Morty wouldn’t seem weird. But not only was season four’s jabbering feline hiding kind of unimaginable horror, the show basically said we will learn more about the cat’s story eventually. Possibly in a season finale.

At the time we speculated that cat could connect to the ever-elusive Cthulhu episode viewers think the show’s opening credits hint at. Might this kitty really be that infamous monster? Or does it hold even darker secrets? Whatever the truth, Rick and Morty teased giving us answers someday.

Prediction: Those answers won’t come in season five. There are bigger issues to deal with. And the show is never in a rush to tie up loose ends. That’s if this is a loose end it ever goes back to. The talking cat mystery might never even be solved. Season four featured multiple episodes that doubled as troll jobs. A monstrous mystery might be its biggest one. Like the show’s own version of The Sopranos missing Russian in the snow.

Will We Get Another Interdimensional Cable Episode? 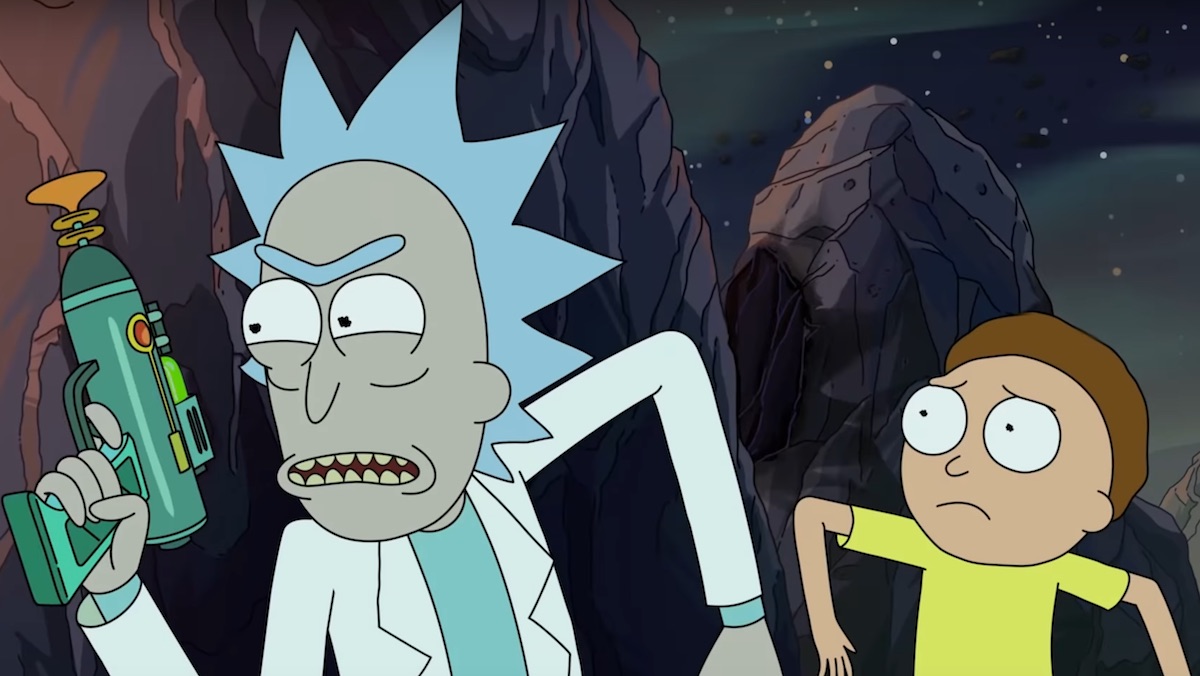 Well, will we? WILL WE? Obviously, we hope so.

Yeah, we know. Not exactly a bold prediction. But you know what they say: “And that’s the way the news goes.”