We’ve all seen those docuseries on television about how hard it is being a single parent. Or, you actually are a single parent, and don’t need a TV show to tell you how hard it is. But in fictional TV at least, the best single dad right now is none other than Din Djarin, the titular Mandalorian of The Mandalorian. And his adorable adopted son is the so-far nameless child that we all affectionately call Baby Yoda.

But what if someone made one of those perennial single parent docuseries about these two? Thanks to Laughing Squid, we now have our answer. It would probably look a lot like this Star Wars fan film Raising Baby Yoda from the comedy YouTube channel The Warp Zone. You can read the film’s official description, and also watch the entire hilarious short film down below:

“Inspired by the hit Disney+ series, we wanted to take a more in-depth look at what being a Dad to Baby Yoda must be like. At the end of the day, Din Djarin is just a bounty hunter doing the best he can to make ends meet and raise this peculiar child.”

“One minute you’re flying solo, hunting the worst of the worst at the ass-end of the Outer Rim,” says Raising Baby Yoda‘s Mando. “And the next minute, POOF! You’re saddled with a little green thing. That on top of all your other responsibilities, you have to keep fed, and clean, and….alive.” As the short hilariously reminds us, the wee green one is a tough one to feed. And no one thinks about what changing its diapers is like, but apparently there are things (and odors) that even the best Beskar armor can’t protect against. Poor Mando. 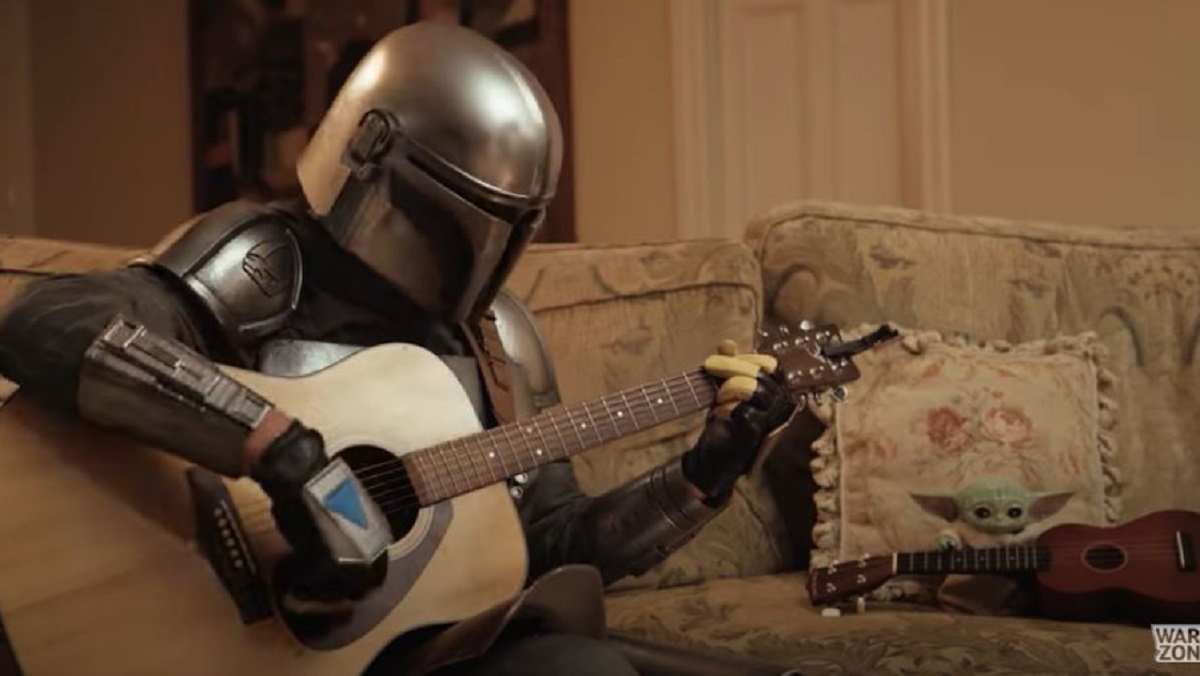 Oh, and one more hilarious thing in Raising Baby Yoda. Our favorite Mando daddy has a run-in with an intergalactic Karen. It goes pretty much as well as you’d expect.