These Pop Culture Dioramas Are Mini Works of Art - Nerdist

These Pop Culture Dioramas Are Mini Works of Art

Minibricks is a DIY YouTube channel run by Roman Khramov. The videos specialize in jaw-dropping miniature and diorama work with details so staggering, you might not even know it’s a miniature at first glance. With crystal clear resin work, the tiniest painted details, and eye-catching splashes of color, Minibrick’s dioramas are miniature works of art. And each video is set to soothing music, commentary free. That gives you roughly 10 minutes of quiet crafting to enjoy when you need a breather.

The channel’s most recent project is a breathtaking diorama of Rogue One‘s Battle of Scarif. We are utterly blown away. (Too soon?) 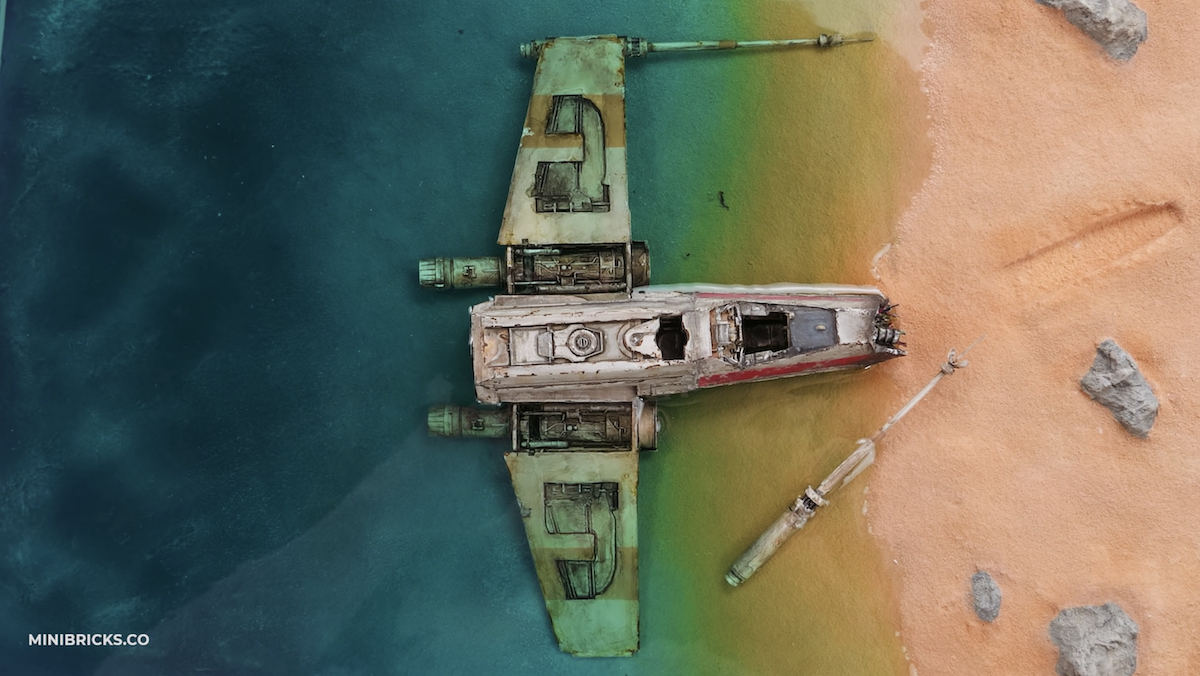 Minibricks is obviously a practiced pro at putting together these Star Wars scenes. 3-D printed models, classic terrain sculpting, and painting techniques flawlessly combine to tell a short story that you can’t stop staring at. It’s hard to believe this is a X-wing model and not a set piece. And it’s not even finished yet! See Part 1 of this Battle of Scarif diorama for yourself below.

Minibricks also goes beyond the galaxy far, far away. From historical settings, to under the sea with Spongebob Squarepants, to natural wonders, to fantasy lands inspired by Dungeons & Dragons, each video is a mini magical journey. We’re also gigantic fans (no pun intended) of this Pacific Rim miniature model of Gipsy Danger, which was modeled and 3-D printed before taking center stage in a one-of-a-kind diorama.

If you fall in love with Minibricks’ crafty creations, you can find them for sale in their Etsy store along with other pieces you won’t find anywhere else. Like, for example, a pocket ocean. Who doesn’t want to carry an ocean in their pocket?