In 2018, after decades of owning both Dungeons & Dragons and Magic the Gathering, Wizards of the Coast finally decided to mine popular settings from the card game for new D&D settings. The first Magic block to get the D&D sourcebook treatment was the planetwide city Ravnica. Now, D&D has returned to the Magic multiverse, with a new sourcebook, Mythic Odysseys of Theros.

Originally slated for a June 2 release, the physical book was pushed back till July 21. Third-party digital toolset site D&D Beyond, however, gave users access to a digital copy on the original date. We took advantage of this opportunity to check the book out to give you, our readers, a rundown before the physical book is released.

Warning, the following contains details of the Mythic Odysseys of Theros sourcebook 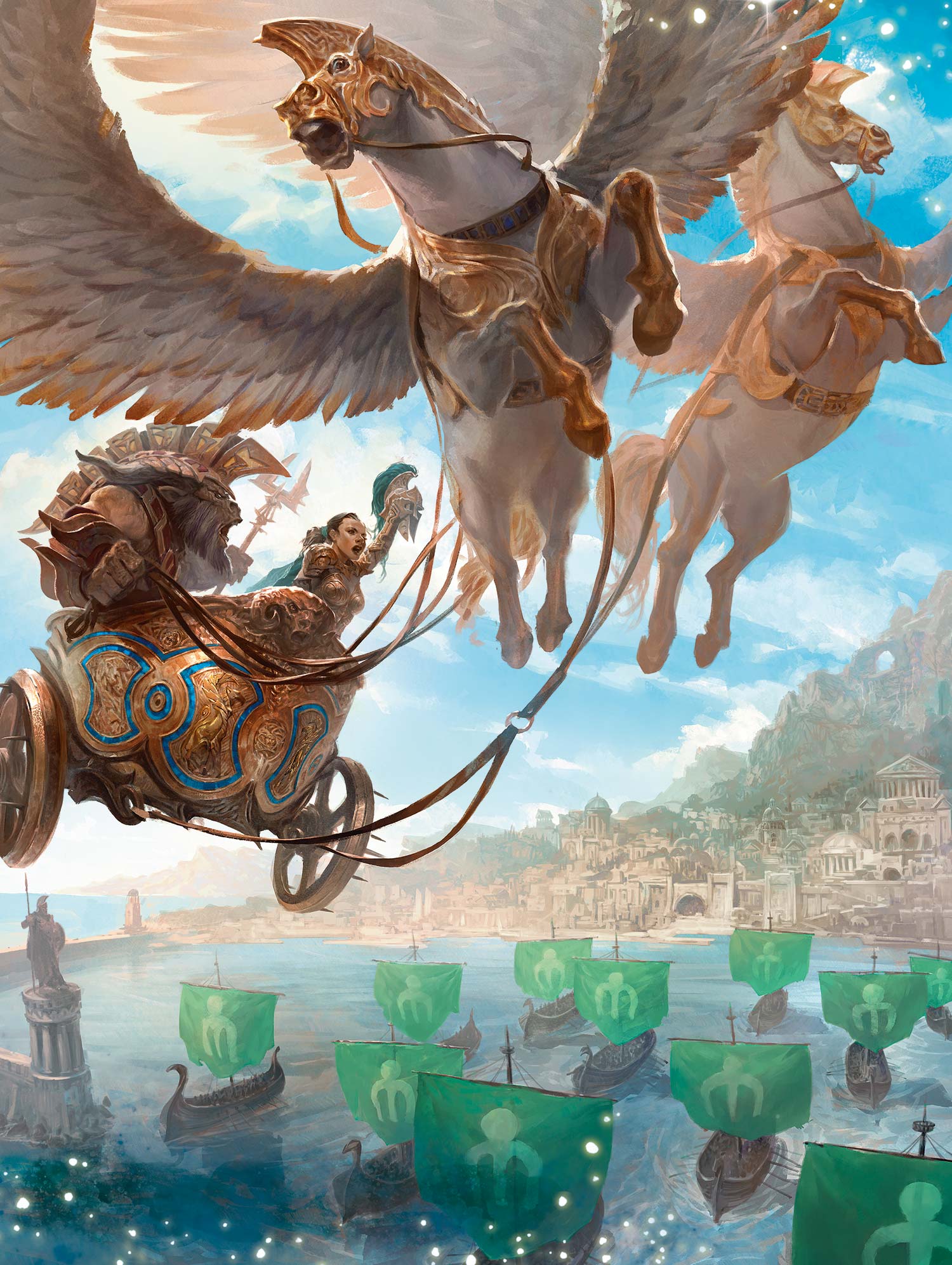 Inspired by Ancient Greece, Theros is a setting for players looking for a little more Clash of the Titans instead of Lord of the Rings. It’s a world where mythology is history, where minotaurs and humans war at the borders of new emerging cities, and gods wander the landscape looking to be empowered by the worship of mortals. It’s not the first tabletop RPG to explore Ancient Greece; games like Mazes and Minotaurs and Agon have explored the era as well. But what Theros does is highlight the versatility of the D&D system by showing how effectively their Fifth Edition can port over to a wholly different world setting.

Because the world is steeped in myth, the setting book makes an active choice not to rely as heavily on maps and defined geography. Players are encouraged to think of the world as shaped by the very idea of belief itself. Histories and locations may often be as contradictory as they are mutually true. Locations may be found better via the journey itself than the plotting of a specific course.

Though based on a card game block and inspired by Ancient Greece, the Theros D&D setting is entirely self-contained within the gaming system. You don’t need to know the card block or even any Greek mythology to play it. The pantheon and worldbuilding is given expansive detail within the book so that even someone, such as myself, who has never played Magic can fully imagine the world. One simply needs the Odysseys sourcebook, and an understanding of the info within the Player’s Handbook or Dungeon Master’s Guide, like most D&D settings, to proceed. 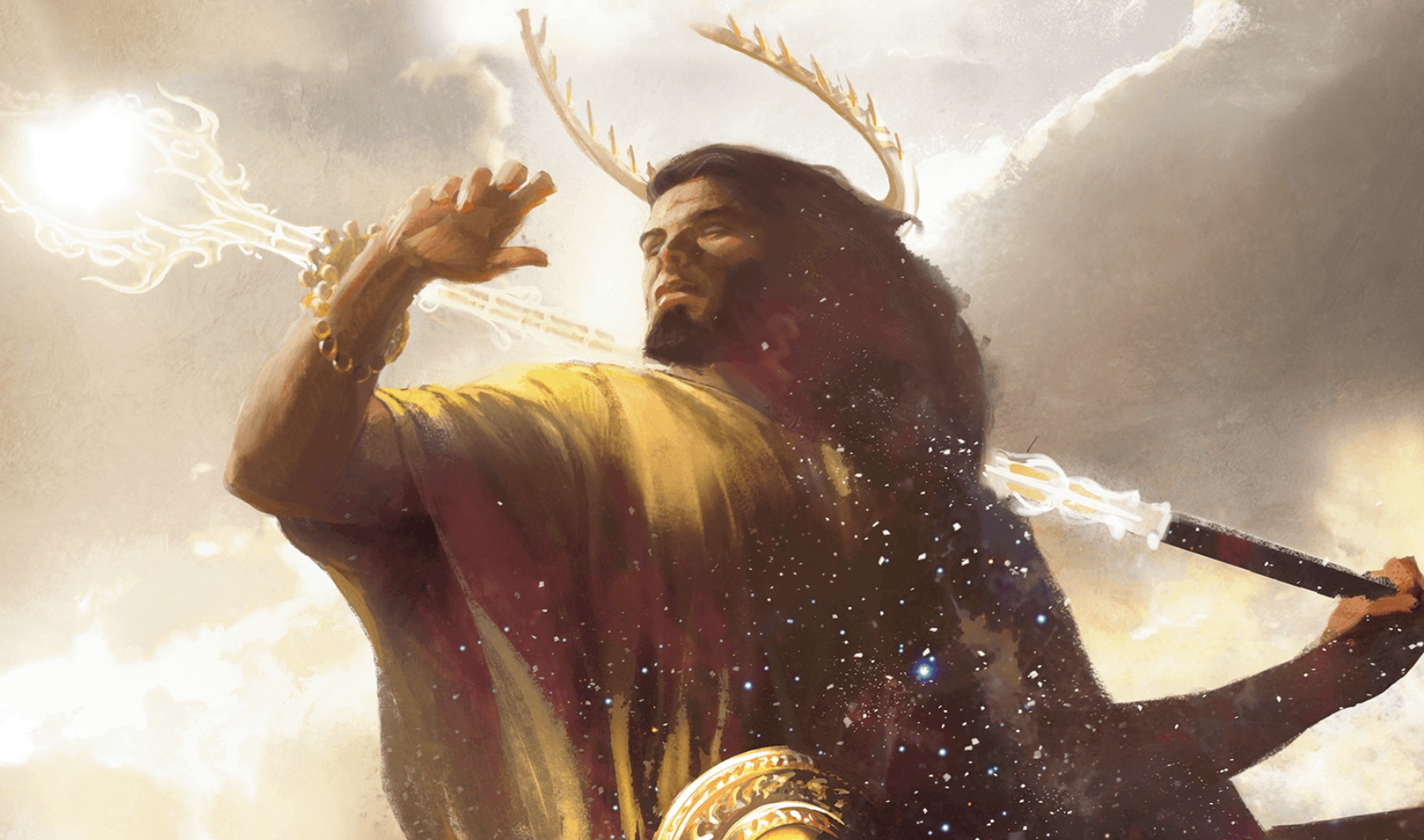 One of the biggest departures from other D&D games is just how active a role gods play within Theros. While pantheons of deities exist in most other fantasy realms that the game has to offer, on the plane of Theros they’re active characters. The gods of this plane have an investment in the world. Their massive forms can be seen traversing the sea, ruling over expansive cities, or guiding lost souls to the underworld. DMs are encouraged to craft stories and campaigns where the gods themselves are active characters, rather than mysterious beings lurking unseen on the sidelines, speaking only through spells and divinations unless all hell has literally broken loose

I particularly love the way the book incorporates the flavor of the gods themselves in their individual chapters, including examples of myths the folk of Theros might have about them. These myths flesh out their personalities but also give glimpses into how a player’s character might have learned about them in-universe growing up, giving the world a very lived-in feeling. For those who have no interest in that, an iconoclast feature exists, allowing for characters who aren’t atheists per se, but for whom the gods just aren’t worth the time and attention they crave. 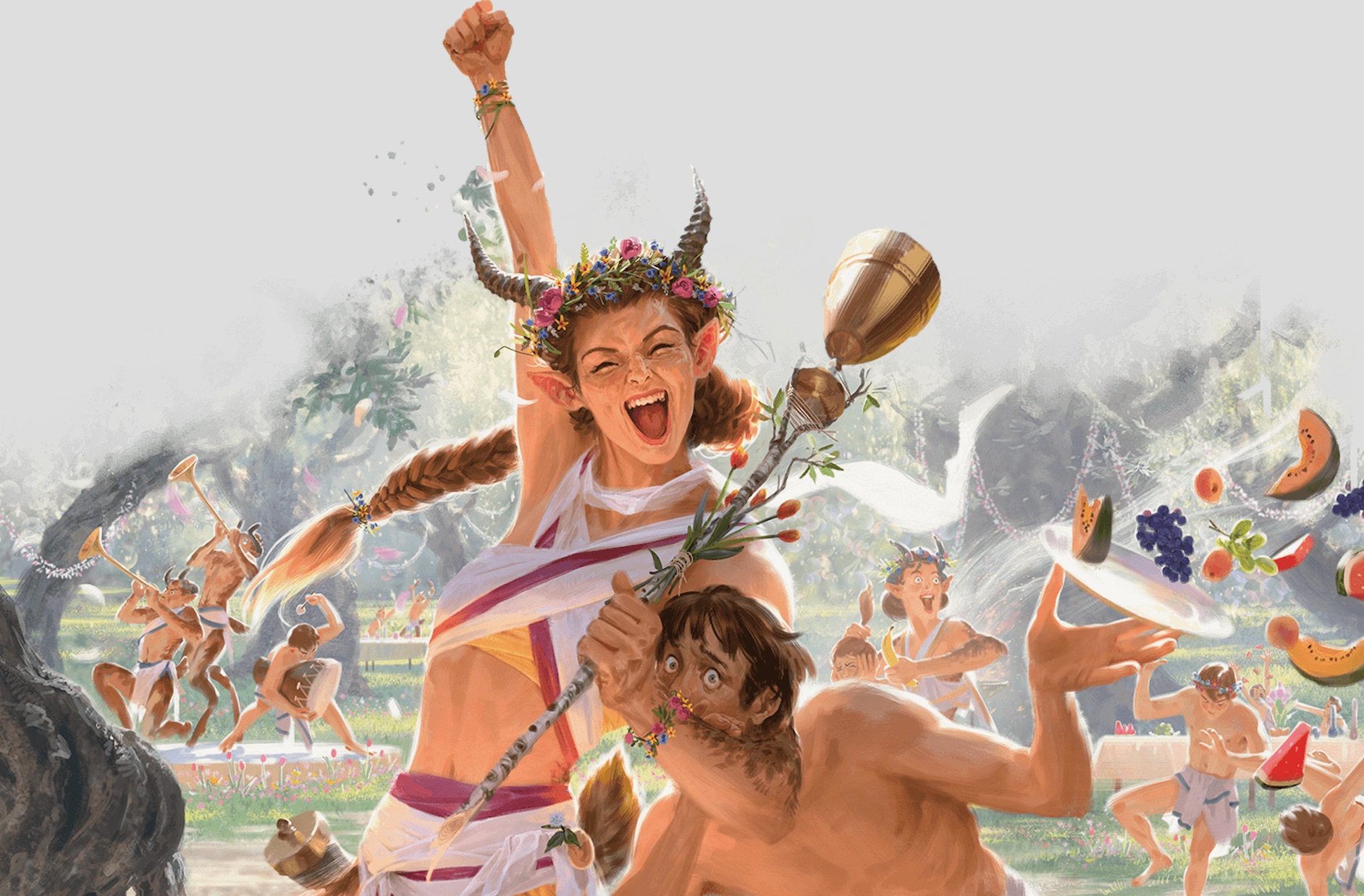 A new setting book wouldn’t be complete without new races and subclasses, of course. And while Theros is actually missing some of the major D&D races like elves and dwarves, the minotaurs and centaurs from Ravnica make another appearance, as well as two new races, the jovial Satyrs, and the lion-inspired Leonid. There’s also a new Bard college that plays into the philosophical roots of Ancient Greece, the College of Eloquence, which gives power to the character’s spoken word, and feels like it’d also be great for players looking to play a version of The Doctor from Doctor Who.

While most D&D settings intend for the player characters to heroic in scale, Theros views them as full-on mythical champions. Players are invited to imagine themselves as a Pericles, an Achilles, or a Cassandra, wandering through their own great epic tales. The game cleverly adapts the optional Feats rule from other D&D settings into a Supernatural Gifts mechanic, a special benefit that characters begin the game with that grant them abilities and features that reflect their epic destinies. Player characters might be an oracle of a specific god, or perhaps they’ve got a destiny that allows them to survive a round of saving throws to reflect their unusually tough time being killed.

With every new D&D setting, there exists the added difficulty of needing to assign homework to a whole player group in order to play it. This is a big reason why most adventure books, like the upcoming Icewind Dale, are set in the Forgotten Realms. It’s already understood as the default setting by most D&D players who can leap in with just their Handbook. But if you’ve got the time to invest and a group willing to look over a new setting, Theros offers a unique D&D experience that allows for a break from the type of story without having to learn another gaming system, and it’s a vibrant and exciting setting that is definitely worth a look.

Mythic Odysseys of Theros will be available at gaming and book stores on July 21, it is currently available digitally on D&D Beyond.

Note: The author of this piece was a cast member on a D&D-sponsored Twitch stream set in the Ravnica setting.

Riley Silverman is a Nerdist contributing writer. She can be found on Twitter and Instagram. Her comedy album ‘Intimate Apparel’ is available digitally online.