Meet the PACIFIC RIM Fans Who Landed a Cameo in UPRISING

In  Pacific Rim Uprising, there is a deeply affecting moment where Jake Pentecost ( John Boyega) pays respects to the fallen heroes of the Pan Pacific Defense Corps who gave their lives in service of canceling the apocalypse in the original  Pacific Rim. It is a shrine of sorts in the new iteration of the Shatterdome known as the Hall of Heroes, and it represents humanity’s greatest lights who were extinguished far too early in the course of duty. However, if you look carefully during that scene, you’ll spot some not-so-familiar faces amid more famous ones like Idris Elba’s Stacker Pentecost. Those faces belong to people like you and me: Pacific Rim superfans. So how did these lucky souls get themselves immortalized on the big screen in Pacific Rim Uprising? Well, they put their fandom to the test in the Pacific Rim Uprising Hall of Heroes contest in which producer-star John Boyega and writer-director Steven S. DeKnight searched the globe for the world’s biggest Pacific Rim fans. 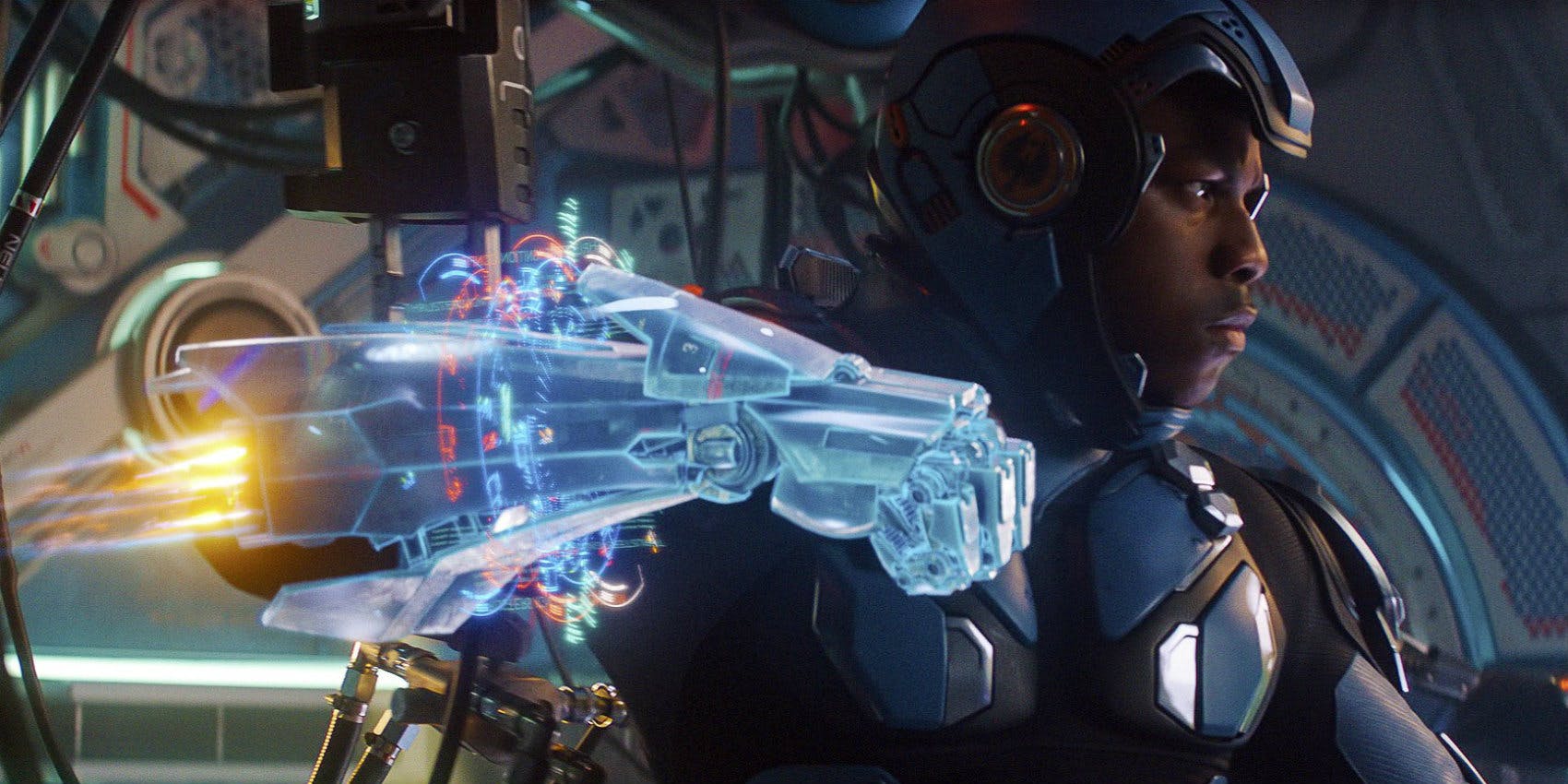 The breadth and creativity of the entries was, quite frankly, staggering as people showed off their incredible cosplay creations, awe-inspiring fan art, and even songs inspired by the killer kaiju and massive mechas of the Pacific Rim universe. After sorting through thousands of entries from around the world, I sat down with Steven S. DeKnight as he attempted to make a very, very tough decision. In the end, though, there were two winners whose passionate Pacific Rim fandom simply could not be denied: Johnny and Renée Rivera, who love Pacific Rim so much they had a Pacific Rim-themed wedding (!); and cosplayer Nona Zieba, who made jaw-droppingly cool Gipsy Danger and Striker Eureka costumes that led me to secretly plot an elaborate heist so I can have them all to myself. These lucky winners were flown to Los Angeles where they were given a behind-the-scenes tour of all things Pacific Rim Uprising and a little photo session so that they could be inserted into the movie, becoming part of the lore that they love so much. And, honestly, no matter what you nerd out about, it’s hard to find a cooler way to celebrate your fandom than that.

Thank you again to all of the incredible people from around the globe who sent in their amazing entries to the Hall of Heroes contest. While you might not be able to see yourself in the Hall of Heroes, you can see your fellow fans on the big screen, as well as a new crop of kick-ass cadets, pilots, and kaiju in Pacific Rim Uprising on March 23, 2018.

Why do you need 2 brains to Drift?