Pedro Pascal Is an Eccentric Thief in New Wine Commercial

The greatest criticism any fan can levy against  The Mandalorian is that it covers up the face of its human star, Pedro Pascal. Ole Brown Eyes rarely shows his visage on the show. It’s an effective storytelling technique. The rare occasions we have seen Din Djarin’s face have all been highly emotional. But Game of Thrones‘ Oberyn Martell is a handsome fella. He has the kind of face that can sell you on anything. And one wine company agrees with us. Pascal stars as an eccentric, debonair thief with a taste for the finer things in life in a new campaign that’s devilishly good.

Pascal is Casillero del Diablo “ The Wine Legend,” the “World’s Greatest Thief.” For most of this extended ad though, you don’t know it’s promoting a brand of wine. Or even that this is a commercial. It feels more like a movie trailer.

It opens during a classy soiree at an elegant manor. Pascal narrates over a well-dressed man walking through the party. But it’s all a swerve. This isn’t about the gentleman in the white tuxedo jacket. It’s about Pascal’s thief who is stealing the Saxon crown from a vault. The ad then moves into the Wine Legend’s own mansion full of treasures, as he explains why he sometimes likes to wear the crown. The master thief then takes viewers on a tour that just makes everything weirder. He’s like Thomas Crown combined with Homer Simpson, with a dash of young Howard Hughes mixed in. A strange man driven by one thing and one thing only: stealing what he likes. 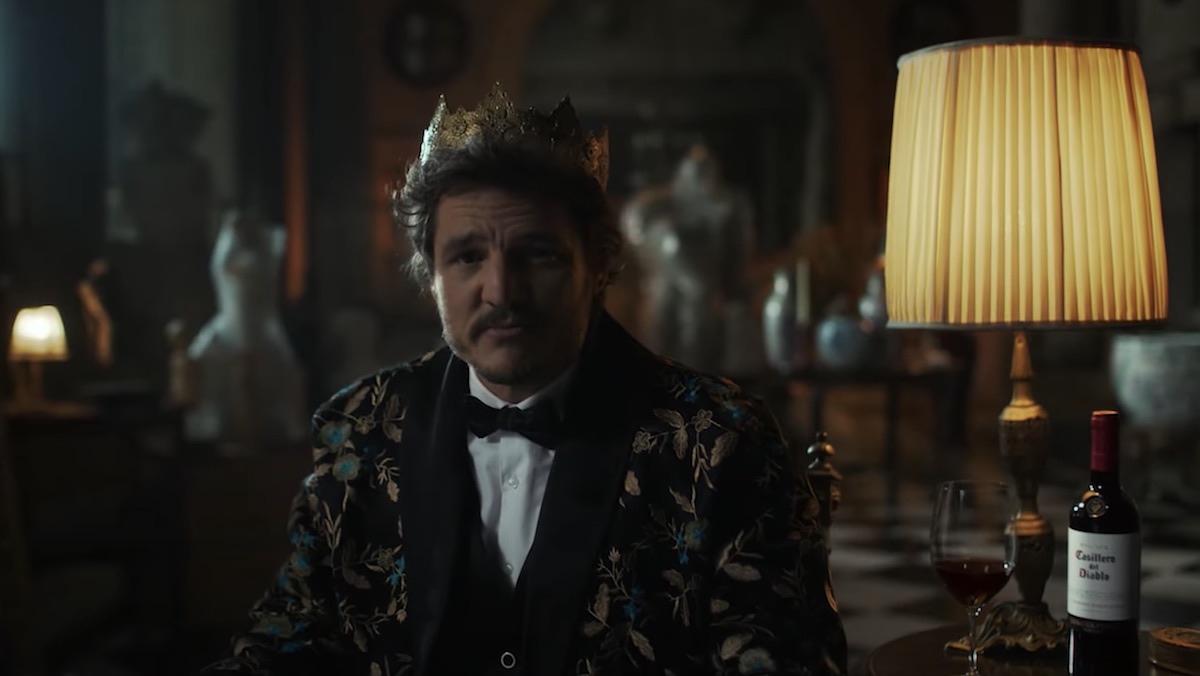 The payoff comes when he says there’s one thing he’ll never burgle: he won’t steal the wine of the Devil. It’s a great ending to a wonderfully bizarre commercial that doubles as a great pitch trailer. We’d like to see more of this ridiculous character. Hopefully in a series of movies where he steals bigger and more absurd items.

And Casillero del Diablo can sponsor those movies and show Pascal’s Wine Legend drinking all the wine he wants. As long as the winemaker makes sure to show his face.