When you compare how movies and TV treat Mesoamerican culture and mythology to how they treat the Ancient Greek world, it’s not hard to see the difference. (Though we won’t get too deep into the cultural and colonialism-driven reasons for this.) Thankfully, Crunchyroll’s latest original anime Onyx Equinox aims to fix this problem. The show makes tenets of Mesoamerican culture a fundamental part its world and plot, infusing them with beloved anime tropes.

Onyx Equinox‘s opening scene throws the audience into the middle of a blood war between gods. Here, blood is a commodity. After deadly monsters start attacking a city, they capture most of the townspeople. They then slit their throats in order to summon Mictlantecuhtli, the god of the dead. The other gods consider this an act of war because Mictlantecuhtli is stealing their sacrifices. So they decide they’ll simply place the fate of humanity itself on whether a young “champion” can close the portals to the underworld and imprison Mictlantecuhtli. 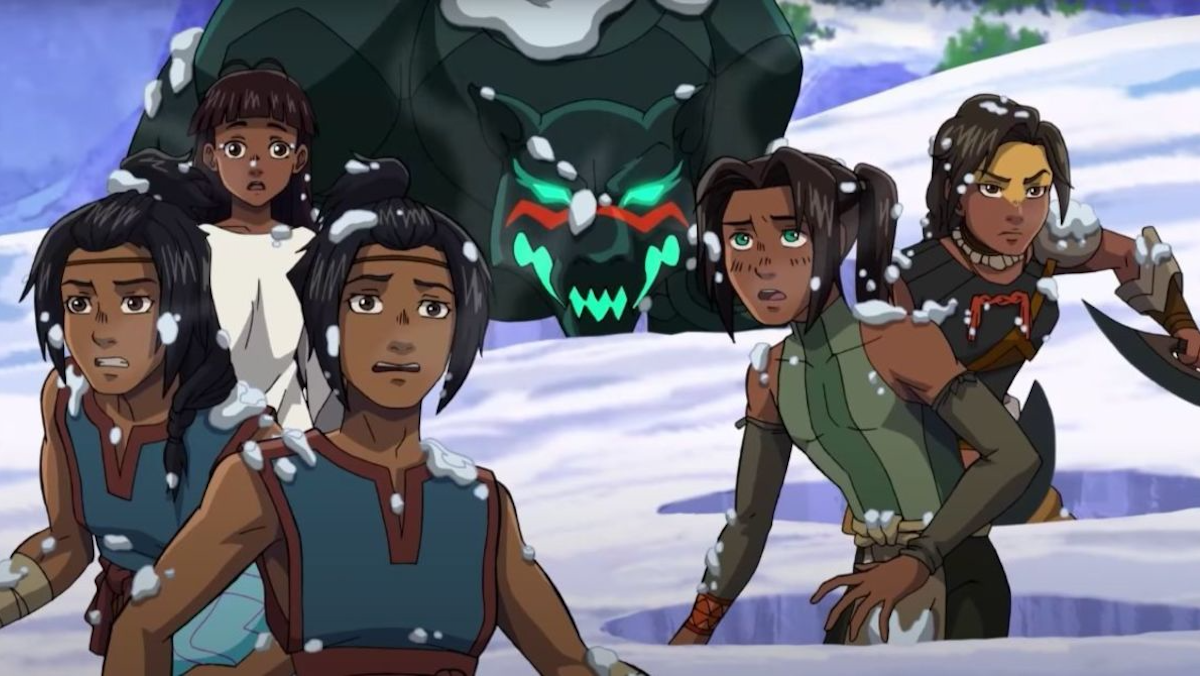 Wars between almighty entities with humanity caught in the middle are pretty standard stuff for fans of anime. (Ditto young scrawny kids being the chosen one to save the day.) But what Onyx Equinox does differently is really lean into the cosmological and mythological reasons for the sacrifices. The blood sacrifices are not representations of the Aztec civilization and culture’s savagery and violence; this contrasts with what Apocalypto and other movies featuring Mesoamerican cultures would have you believe. Instead they show the very different relationship between the Aztecs and the gods who consider humans to be mere playthings.

Netflix’s Blood of Zeus portrays gods siding with humans and coming to their aid in exchange for worship. But the series ignores rituals involving animal sacrifices; Quetzalcoatl and Tezcatlipoca require the willing offering of blood in order to keep the world in balance. Onyx Equinox follows real Mesoamerican mythology. Blood sacrifices were seen as repayment to the gods for the sacrifices they themselves made to create the world, and continue to make to keep it going. For instance, ceremonies to ensure the sun god Tezcatlipoca has the strength to raise the sun each morning. 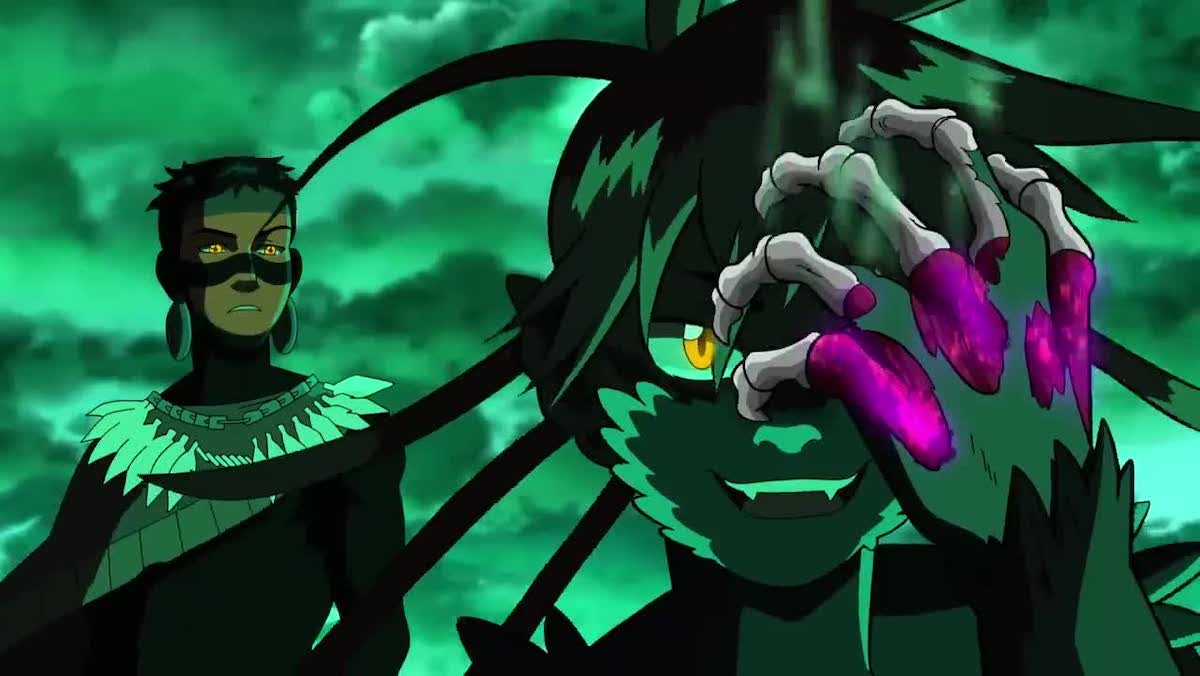 The first episode even hints at the gods simply wanting the blood to make themselves feel human. The episode shows a group of gods, including Quetzalcoatl and Tezcatlipoca, seemingly possess humans in order to simply have a conversation about the fate of humanity. When they leave, their host bodies disintegrate while they take the blood with them. You see, blood is given to humans by the gods who themselves don’t bleed. So it holds that they’d want blood—the one thing they can’t have— offered to them in a fancy ritual.

Onyx Equinox thankfully has a lot more to it than human sacrifices. This show is an unapologetic celebration of Mexican and Mesoamerican culture. It genuinely comes as a joy to see a piece of media that simply portrays the day-to-day life of Mesoamerica. We see details like a vendor selling corn of a multitude of colors; our young protagonist weaving some rugs; the uniquely Mesoamerican colors fill the temples, clothing and backgrounds of the show; the extensive use of obsidian in weapons and even mirrors. The show finds the time to display a thriving community with children running around freely, busy vendors at the local market, and the beauty that is the Mesoamerican ballgame. (Remember Road to El Dorado? Well, the ballgame returns, even cooler than before.) 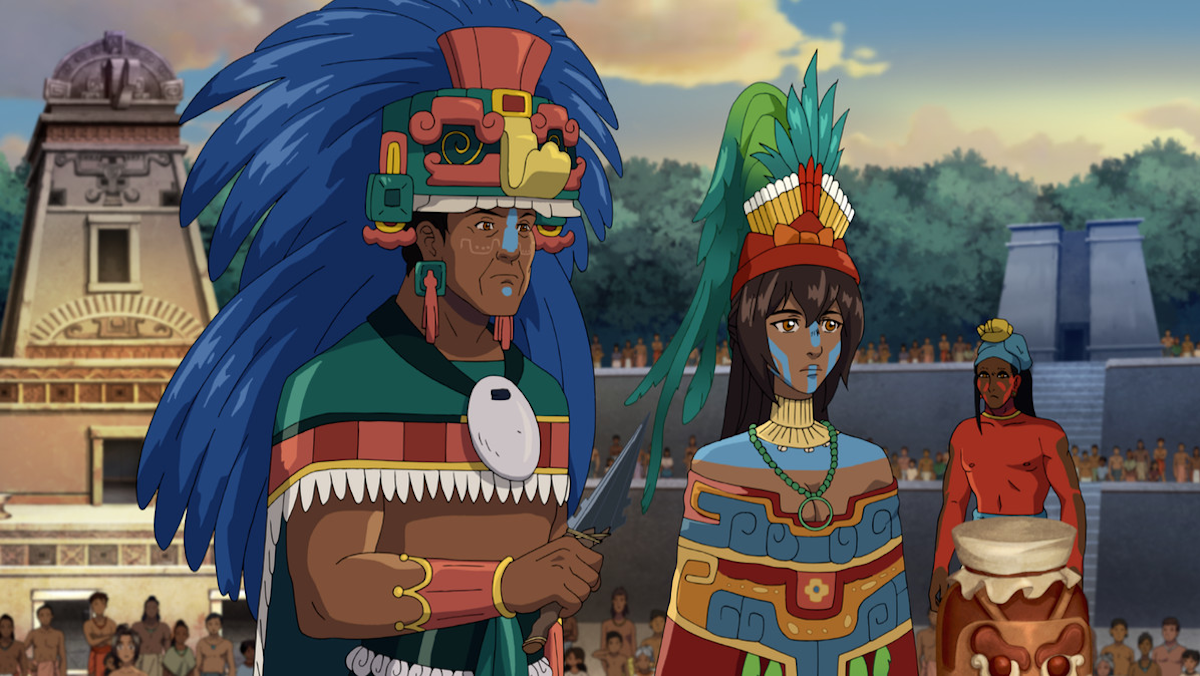 Onyx Equinox even manages to build a larger world with a vast history and mythology that show the variety of Mesoamerican cultures. It drops constant references to the Olmec civilization, which predated the Aztecs by thousands of years. The show uses the Olmecs as a sort of Atlantis, hinting that they had special technology to fight monsters and gods alike, before they were wiped out. Though its purpose to the plot remains to be seen, this addition gives the impression that there’s more to the world than what we see in the show. The world didn’t just begin with our protagonist, like how Assassin’s Creed Odyssey constantly has you visit Minoan and Mycenaean ruins.

The use of the Olmec civilization is an exciting one both for ancient civilizations enthusiasts and those simply wanting to see something different in a TV show. Despite being a crucial part of Mesoamerican history, we don’t know that much about the Olmecs; their only footprint on pop culture seems to be that they inspired the giant talking head at the base of the titular temple in Nickelodeon’s Legends of the Hidden Temple. Meanwhile, we’ve had multiple movies and TV shows around the myth of Atlantis, none of which focuses on animal sacrifices or how slavery was an integral part of Ancient Greece. When it comes to Mesoamerica, however, Hollywood portrayals play up violence and lack of civilization. 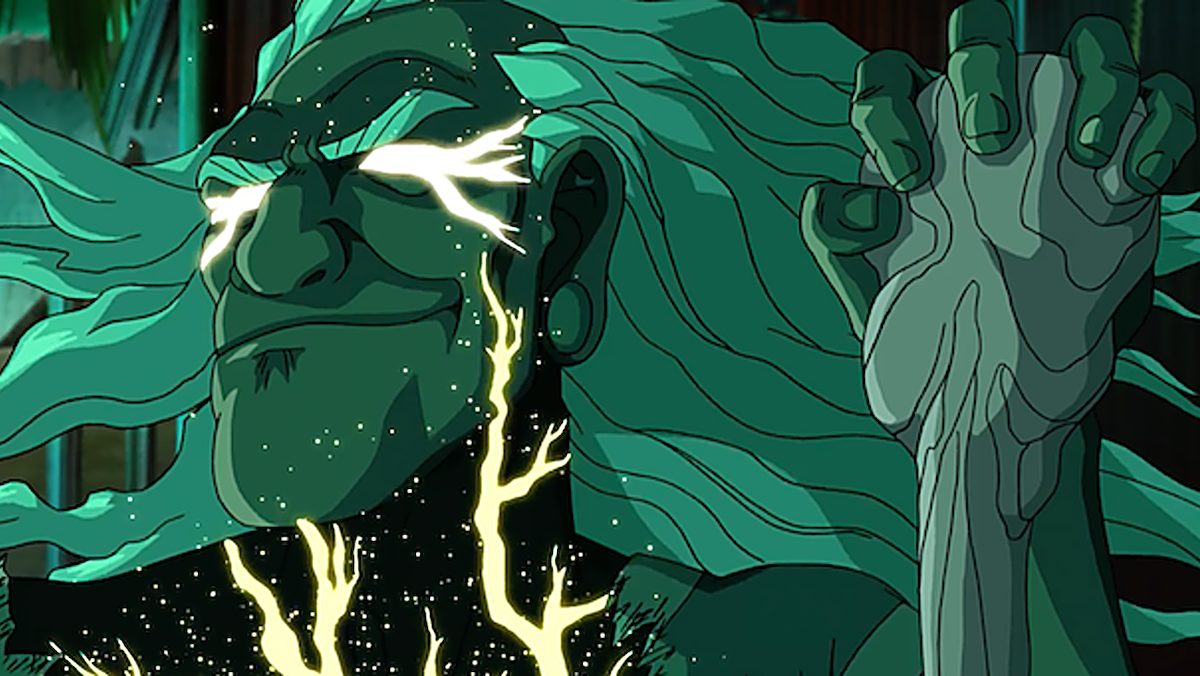 But Onyx Equinox doesn’t just focus on the past; it also shows how big Mesoamerica was. After the opening scene, the story moves to Uxmal. We learn that the town is home to people from several backgrounds. There are refugees and immigrants from all over; they look and act distinct, with clothing of vastly different colors and even slightly different accents. But despite their differences, they are similar enough to show that they’d live together in the same place.

We’ve had a lot of Greek mythology-based projects across media, from video games like Hades and Immortals Fenyx Rising, to shows like Blood of Zeus. But Onyx Equinox shows that there are a lot of other civilizations with cool mythologies that haven’t been given a fair chance, mythologies filled with cool kaiju-like monsters battling bloodthirsty gods which could make for your next animated obsession.