HADES Is the Perfect Game for the PERCY JACKSON Generation - Nerdist

HADES Is the Perfect Game for the PERCY JACKSON Generation

In Greek mythology, Zagreus is an ill-defined member of the godly pantheon, identified only through vague references in fragmentary stories. That loose mythological foundation is precisely what makes Zagreus the ideal figure for conjecture. Moreover, it makes him the perfect playable character for developer Supergiant Games’ Hades, which officially launched v1.0 on September 17.

The game’s mythological interpretation characterizes Zagreus as the rebellious prince of the underworld, incessantly seeking to reach the surface and escape his dull, dutiful daddy. Hades is the perfect game for the Percy Jackson generation because Zagreus is an avatar for people who grew up on Rick Riordan’s immensely popular books. Like Zagreus, this generation is newly entering adulthood and blazing their own paths with a lifetime of mythological upbringing behind them.

Hades’ Zagreus lacks the kind of godly domain that characterizes others of his ilk. This fascinating deity must rule over something, as all Greek deities must. Caught between the Underworld and the surface, Zagreus becomes a god of in-between. This domain renders him the patron Greek god of the ill-defined generation between Millennials and Generation Z—one that has come of age alongside a cycle of adaptations of Greek myth. Cultural artifacts like Hercules and Percy Jackson have made this “in-between generation” veterans of Greek mythology. Now, Hades allows us to return to the stories those of born in the late ’90s have grown up on and revisit them in a new light. 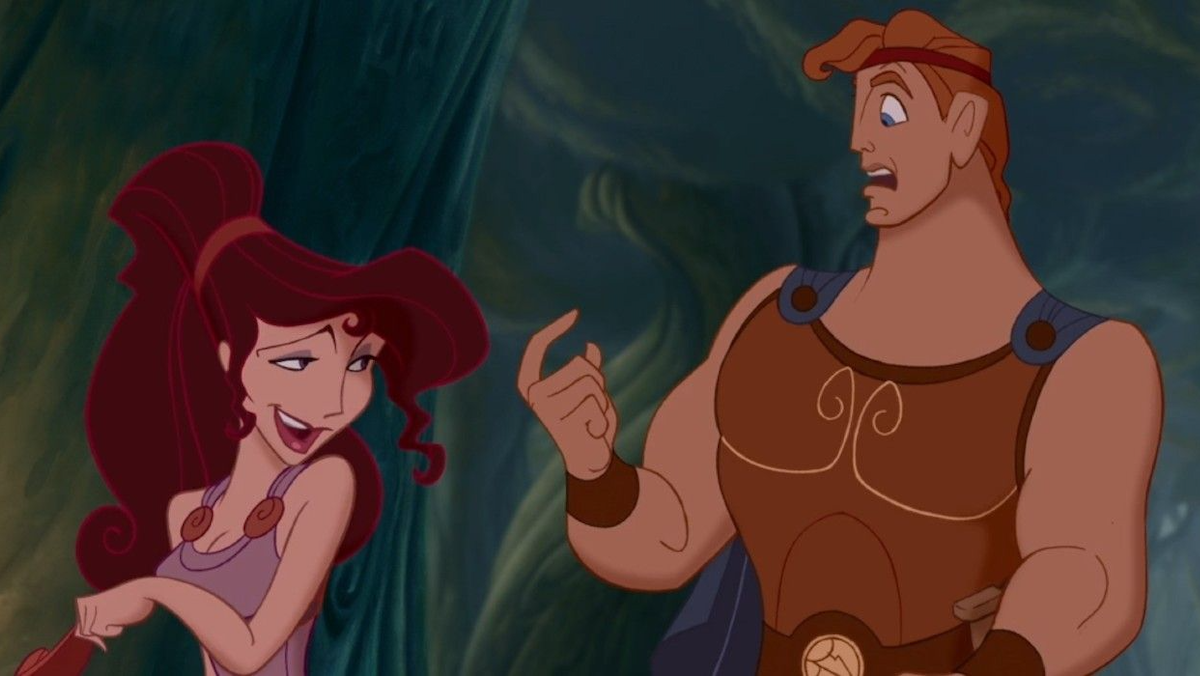 Disney’s 1997 classic Hercules premiered around the same time as many of us in-between babies. Growing up with Hercules allowed for a formative introduction into Greek mythology (albeit an incredibly Americanized one). Although rife with mythological inaccuracies, Hercules was an optimistic, charming entryway to the world of Greek myth for a generation that would come to know those stories as touchstones. Disney’s movie allowed us to become intimately familiar with a wide array of mythological iconography. (This was long before we’d discover more mature mythological truths like Zeus’ infidelity.)

My generation’s familiarity with mythological iconography would prove important when, a handful of years later, we would go on to consume the most formative post-Harry Potter text in YA literature: Percy Jackson and the Olympians. Rick Riordan’s The Lightning Thief was published in 2005—perfect timing for the then-little-known book series to gain some cultural capital and enter our lives as we approached middle school. Ancient storytellers like Homer and Aesop had the freedom to remake myths to suit their world. In 2005, Riordan claimed that same freedom for himself. Uncle Rick’s world of modernized mythology primarily explores family (both given and chosen) and how those relationships are contextualized to shape a person’s identity. 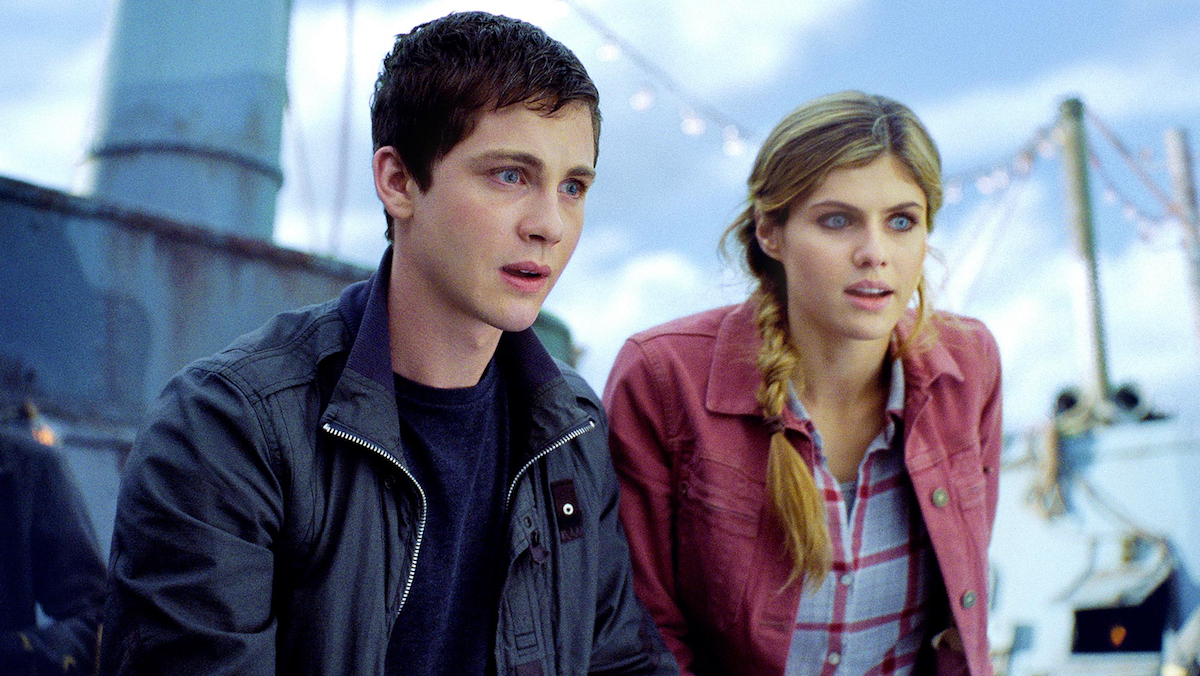 The persisting popularity of Greek myths endures because these stories have always been based in reality, helping people to come to terms with hard truths about their lives. Riordan’s books took it a step further and grounded the stories through a lens that was even more salient to kids at the time. Representation is woven into the DNA of Riordan’s stories; Uncle Rick characterizes learning differences like ADHD and dyslexia as superpowers, helping to educate a progressive generation. The final Percy Jackson book was published before my fellow early Gen Z-ers entered high school. But as we grew up, the series, and our relationship to mythology, grew with us.

In 2015, Riordan introduced his now-older fans to The Heroes of Olympus, a Percy Jackson sequel series that further contextualized this generation’s relationship with mythology. Heroes builds on the inclusive foundation of the original series by featuring a plethora of queer characters, including the god Apollo himself, to further cement that mythological stories throughout time have applied to people of any race, creed, gender identity, or sexual orientation. Themes of identity and self-discovery are pertinent for a generation in limbo. Through Riordan’s books, we’ve seen the way that malleable stories can evolve with the people that consume them. This brings us back to Hades.

As Zagreus, players experience Greek mythology from the perspective of a full deity rather than the demigods of Riordan’s books. This new point-of-view encourages the perception that we have grown with the stories. The demigods in Riordan’s books are inherently inferior to their godly parents. But Zagreus and his fully-divine heritage allows players to now see eye-to-eye with these figures. 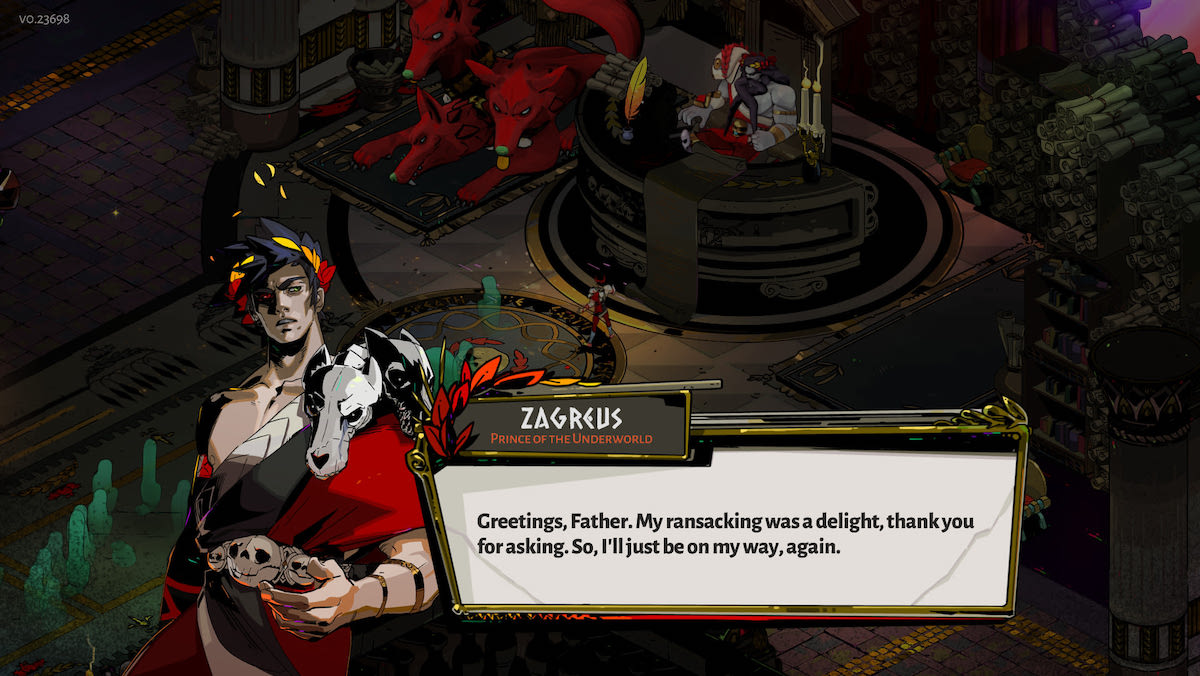 This new power dynamic offers players a chance to bring closure to many of the Greek myths that we not-quite-’90s kids have grown up consuming. Sisyphus has found contemplative happiness with his friend “Bouldy”—he simply wants the furies to stop tormenting him. The star-crossed lovers most recently represented in the award-winning musical Hadestown get their own closure: Zagreus orchestrates Orpheus and Eurydice’s reunion in the underworld.

Returning to Greek mythology through Hades cements the lesson of Hercules, Percy Jackson, and mythology in general. Greek gods aren’t gods at all, but overly dramatic, powerful people. The Americanized mythos in Hercules depicts gods like Hades in a good-or-evil binary. Meanwhile, traditional myths avoid Hades not because he’s evil, but due to natural aversion to death. Riordan, like the Ancient Greeks before him, takes things a step further. He gives the mighty, all-powerful deities idiosyncratic personalities and puts readers in the shoes of their half-divine children.

Hades allows our in-between generation to consider the gods from the perspective of our patron Zagreus, where we discover their self-serving moral ambiguity firsthand. Zagreus’ father isn’t perfect, but the game’s plethora of interpersonal squabbles reveal that the god of the dead is a far cry from a deadbeat dad. Hades gives players agency that is unmatched by the other mythological media we’ve consumed thus far. To the in-between generation, this ability to affect change to classic mythological stories in Hades feels like a reward for a lifetime of consuming them.