“Oh Yeah” Song from FERRIS BUELLER Has a Ridiculous History

Although Ferris Bueller’s Day Off is a timeless ’80s classic for countless reasons, the movie wouldn’t have been as exceptional if not for its iconic music. Specifically the track, “Oh Yeah,” by the band Yello.

In the video below, its creators break down the track, which somehow condensed the entire Ferris Bueller vibe into two words. But be warned before watching: You are going to get “Oh Yeah” stuck in your head. And you will develop an urge to re-watch the movie.

The “Oh Yeah” explainer video was recently posted to YouTube by Great Big Story. For those unfamiliar, Great Big Story is a media company that’s devoted to cinematic storytelling. That devotion translates into videos like the one above, as well as this one about “kung fu nuns” in Nepal and this one about an orchestra typewriter.

The two members of the Swiss band, Dieter Meier and Boris Blank, recount the making of “Oh Yeah” as if it happened yesterday. Which makes sense considering how unique, and surprisingly refreshing, the history of this earworm is. 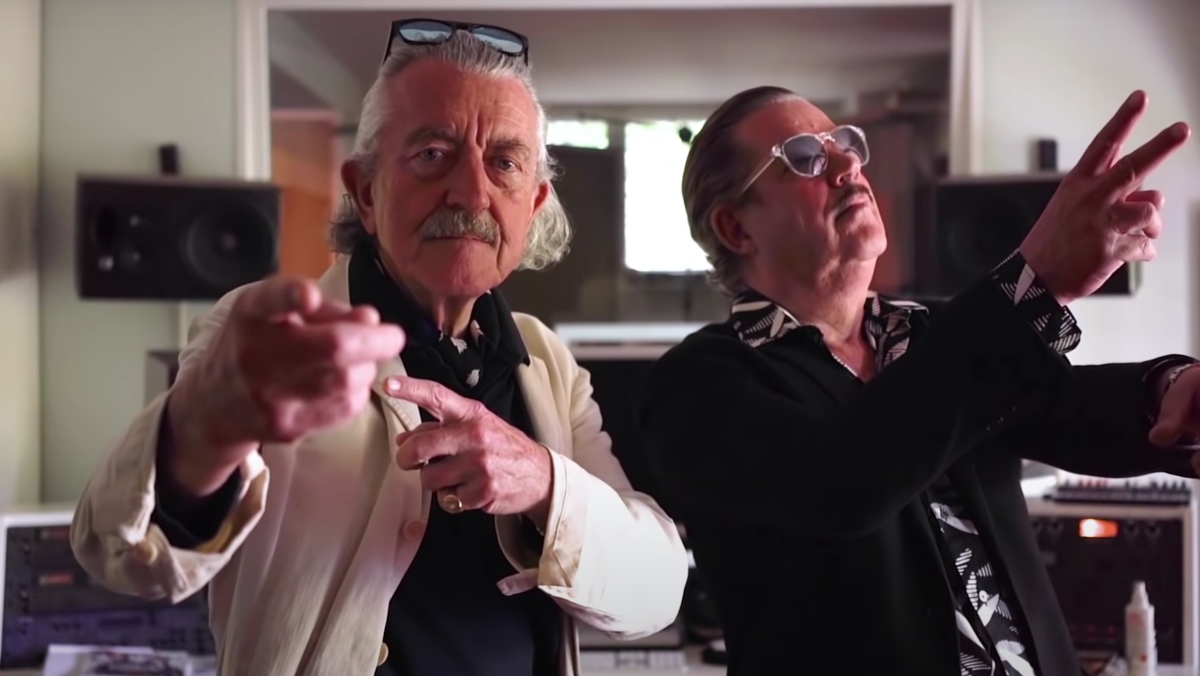 Apparently Meier (left in picture above), wasn’t enamored with “Oh Yeah” when Blank first came to him with a rough sketch of the song. But after the latter asked the former to imagine himself as “the king of Tonga” with a refreshing drink in hand, and come up with a sound in response, Meier belted out the two words that have made the song so memorable. And from there, the track was born.

As far was what the duo is up to now, the good news is that the band is still together! And the even more good news is that Meier and Blank are still making music, and music videos. Like the one below for the band’s song, “Wuba Duba.” And the warning for this one is: Try to not vet vertigo.

What do you think about the history behind “Oh Yeah” by Yello? Are you ready to re-watch Ferris Bueller now, or are you too afraid you’ll get this song, and every single line from the movie, stuck in your head? Let us know your thoughts in the comments!