I choose you, Pikachu… to take me thousands of feet into the sky. Japanese company Nippon Airways is well-known for covering its aircraft in Pokémon characters since 1998. The latest plane features the legend, the goat, and the subject of songs known as Pikachu. He’s been on several planes alongside every character but now he is taking to the skies as a solo act. This news, which we learned via Kotaku, is officially your happy and cute thing for the day.

The new Pokémon Jet’s name is Soratobu Pikachu Project (translation: Fly in the Sky Pikachu Project); it features ten happy yellow pocket monsters tethered by balloons. So just like you are soaring in the sky, Pikachu is also floating in the air. The airplane is a Boeing 747-400D for ANA’s budget flying line Skymark Airlines.

An official unveiling to celebrate the new Pika plane was just as adorable as the actual aircraft. Giant Pikachus dancing and massive balloons kicked the celebration off. The above video shows all the finer details. The headrests and seat pockets even feature the famous character on them. Honestly, if you have to be stuck in a metal tube with strangers, this is the one you’d want to choose.

There are also Pikachu cups to serve you hot beverages and special Kit-Kat bars featuring Pikachu. And, there’s even a big Pikachu wearing a pilot’s uniform. I don’t know how to find him but I want him to live at my house. 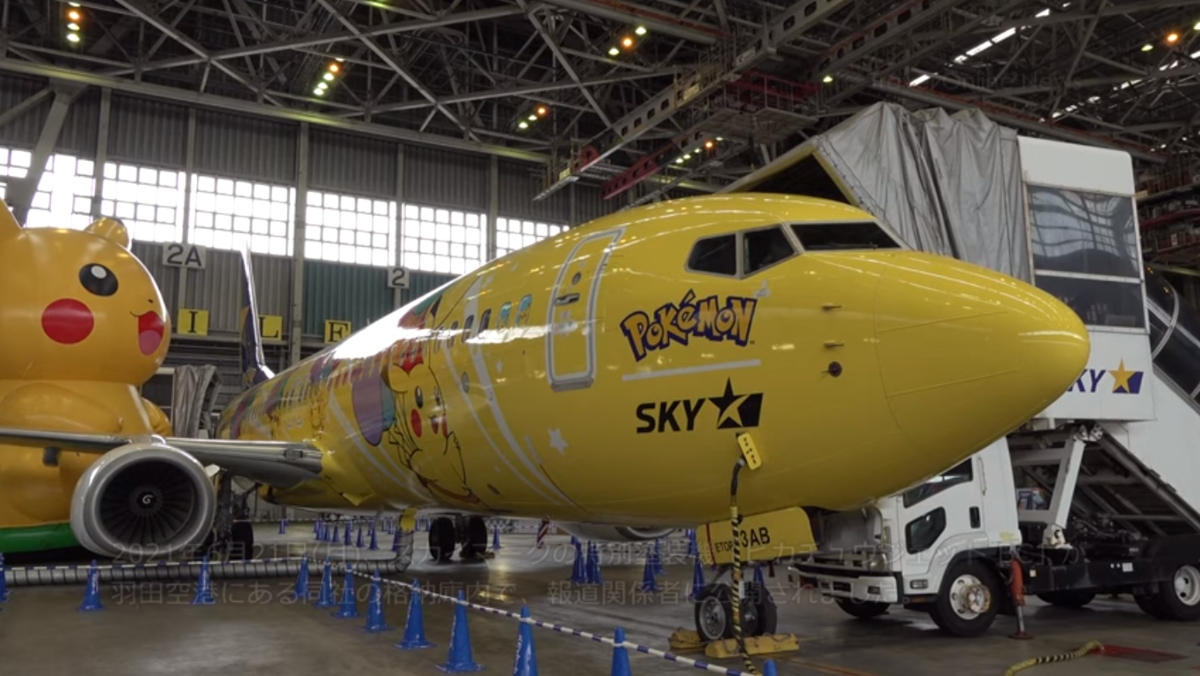 Apparently, the Pikachu love goes beyond the airplane’s home airport in Okinawa. (It’s a hopper flight that hits several locations in Japan.) The check-in kiosks, tickets, and baggage tags also feature the character. So much yellow. So much joy.

The Pikachu plane will be operational for the next five years so maybe, just maybe, we will see a bright yellow wonder in the skies.