Although these past few years has seen an explosion of Star Wars and Marvel LEGO sets, things have been mostly quiet on the Wizarding World side of things. But that’s about to change, as a metric ton of Harry Potter LEGO sets have just been announced by the The Danish toy giant (via io9), among them a giant flapping Hedwig the owl and the first ever centaur minifigures. All six new sets are scheduled to be released in 2020.

Forbidden Forest: Umbridge’s Encounter comes with Harry, Hermione, and Dolores Umbridge minifigs, as well as an oversized Grawp, who stands over five inches tall. But the real treat with this set are the the first minifigure centaurs, which Potter fans have been requesting forever. This 253-piece set will set you back $30.

When you think of Harry, you probably also instantly think of his trusty companion, Hedwig the owl. Now LEGO is paying proper respect to Hedwig with a 630-piece mechanical version. Hedwig comes with 13-inch flapping wings, and a Harry Potter and Hedwig minifigure (at normal scale) to display right next to the big one. This one comes priced at $40.

Although one of the smaller sets at just 193 pieces, the Room of Requirement is still the perfect recreation of the location where the Order of the Phoenix hone their craft. This one comes with Harry, Hermione, and Luna Lovegood minifigures, and also includes the latter two’s hare and otter Patronuses. The Room of Requirement set will cost $20.

This is one of the more extensive sets from this particular Harry Potter wave, coming in at 797-pieces. This is a re-do of an old set, which came out when the first movie hit nearly two decades ago. Harry’s childhood home comes with the whole Dursley family as well as a tiny Dudley, Dobby, and a floating cake. This is one of the pricier sets, costing $70. 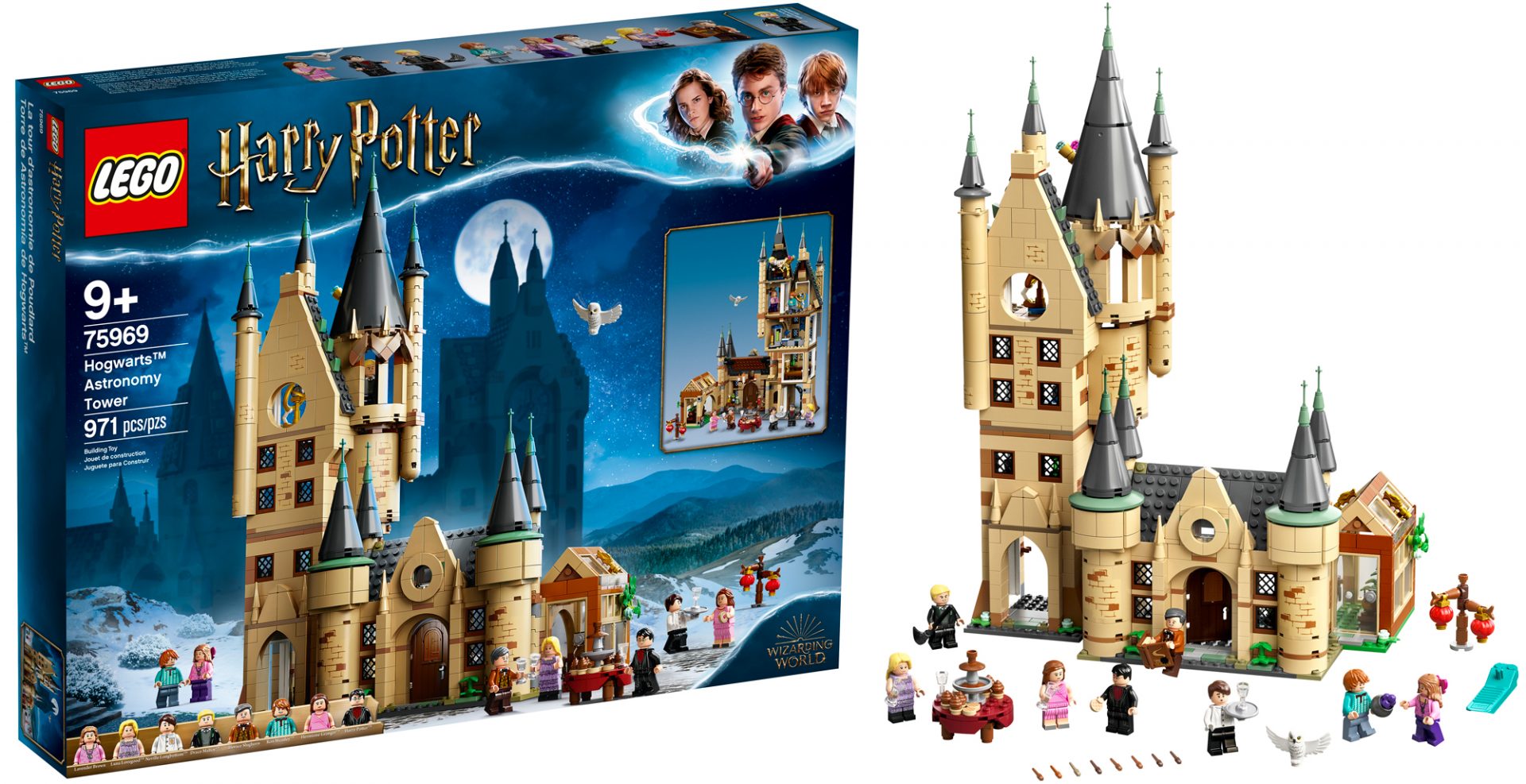 Here’s another massive construction, clocking in at a whopping 971-piece set. The Astronomy Tower set is over 15 inches tall at its highest point. It includes the potions classroom, a greenhouse with mandrakes, a portion of the Ravenclaw dorm rooms, astronomy equipment, and a new Hedwig in flight minifigure. It also comes with eight minifigures including Harry, Hermione, Ron, Neville, Horace Slughorn, Luna Lovegood, Lavender Brown, and Draco Malfoy. This one is priced at $100, but looks to be an essential part of your Harry Potter collection. And it can connect with your Hogwarts Castle set. 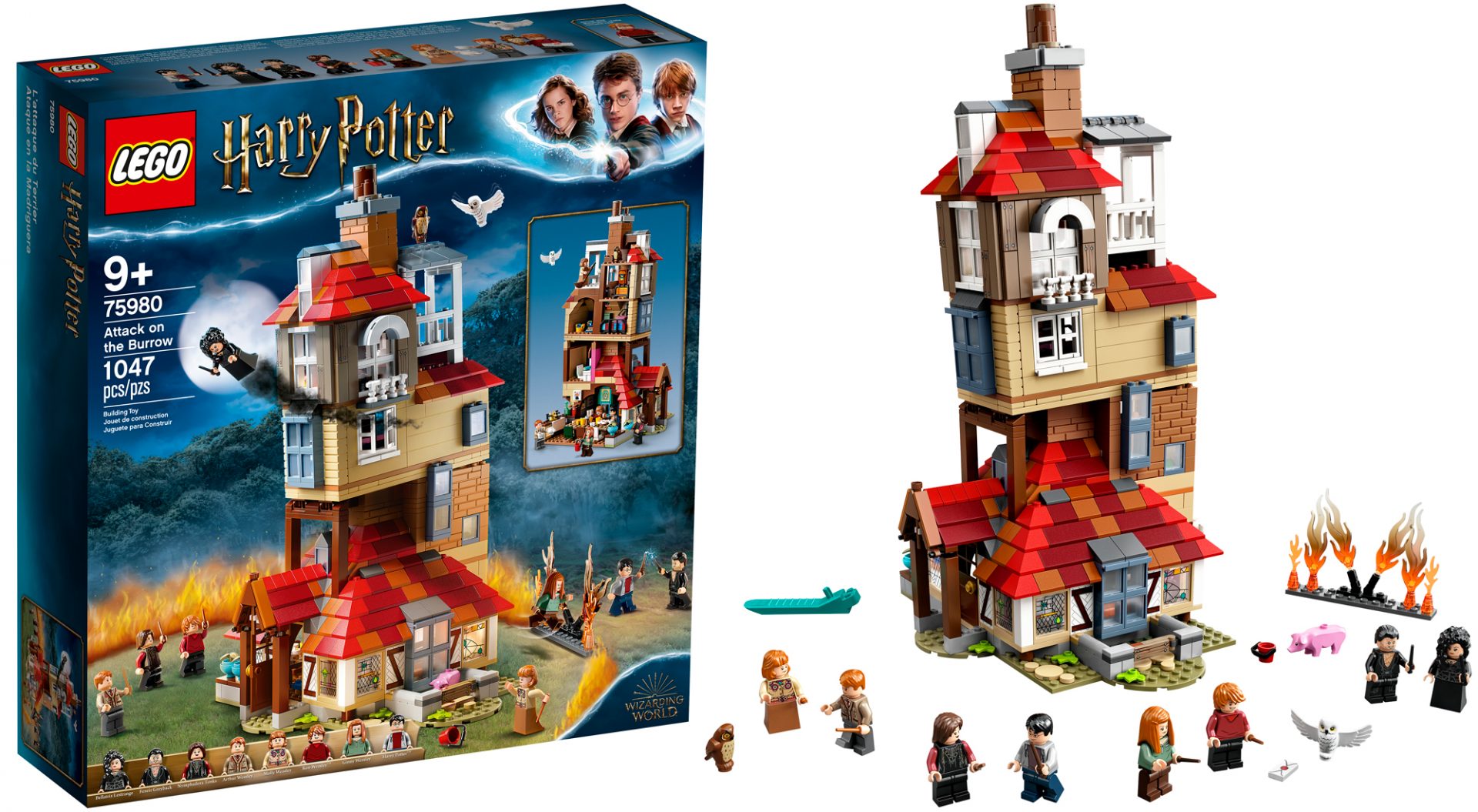 And here we have the Piece de resistance. 1,047-piece Attack on the Burrow set. Like 4 Pivet Drive, this is a modern update of an older LEGO set. This once comes with eight characters—Harry, Ron, Ginny, Arthur and Molly Weasley, Nymphadora Tonks, Bellatrix Lestrange, and Fenrir Greyback. The Weasley home comes with several bedrooms, a kitchen, and a magical fireplace that changes from orange to green flames, which enable the Weasley family to travel using the Floo Network. Like the Astronomy Tower, this set is priced at $100.

All six of these new Harry Potter sets will be available for pre-order starting on April 30 on the official LEGO website, and will begin shipping on August 1.