A New DEADWOOD Trailer Says ‘Welcome The F*** Back’

Most people don’t get excited to hear the word “cocksucker” in their daily lives, but when it involves Al Swearengen, there’s a genuine cause for celebration. HBO premiered a profanity and violence-laden trailer Thursday for Deadwood: The Movie, a long-awaited, feature-length finale for David Milch’s acclaimed western series of the same name.

Back for more bad language and worse deeds is Ian McShane (John Wick 3: Parabellum) as Swearengen, the Gem Saloon proprietor who is none too pleased to discover that George Hearst (Gerald McRaney) has leveraged his financial and political power to become a politician. In so doing, he’s put Deadwood’s denizens further under his control. Also returning for the film is Timothy Olyphant as Seth Bullock, the unforgiving, ramrod-straight former sheriff of Deadwood who, like Swearengen, sees Hearst’s return as a big problem for the town’s little people.

Despite a recent profile highlighting Milch’s Alzheimer diagnosis, the storyteller and showrunner’s feverish creativity worked overtime since 2015 to get this wrap-up film made, recruiting almost every actor who appeared in the show’s original run – at least whose character is still alive – and enlisting frequent episode director Daniel Minahan to helm the project. Though he’d been working steadily since the early 1960s, McShane made his stateside breakthrough with Deadwood, and the show really helped introduce or otherwise boost a number of actors who went on to even bigger challenges, including Molly Parker (House of Cards), Paula Malcolmson (Ray Donovan, the Hunger Games franchise), John Hawkes (Winter’s Bone, The Sessions), Anna Gunn (Breaking Bad), Dayton Callie (Sons of Anarchy), Kim Dickens (Fear the Walking Dead) and Titus Welliver (Lost, Bosch), though Welliver will not be returning. 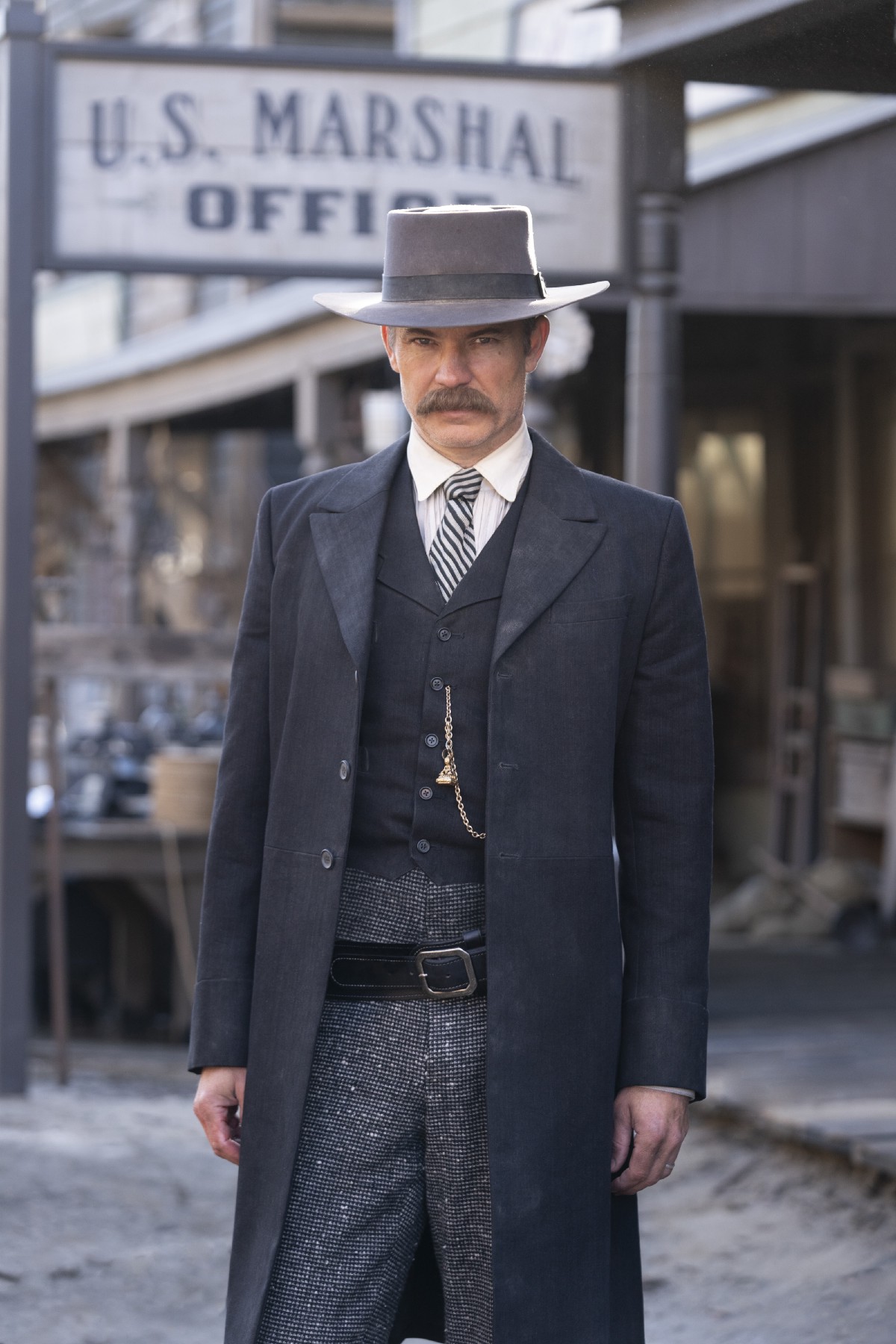 Suffice it to say that longtime fans will be pleased to learn that almost all of their favorite characters have survived in the 13 years since the show’s end, but Milch was one of HBO’s first purveyors of the kind of “no one’s safe” unpredictability that the showrunners of series like Game of Thrones picked up and ran with, so who knows who will make it to the end. Meanwhile, the short clip certainly evidences a continuation of the storytelling style and tone that defined the series, pairing inventive, anachronistic forms of profanity with florid, wonderfully multilayered lines of dialogue, while violence unfolds insidiously in the streets of Deadwood as well as the back rooms where real demonstrations of power and control are exercised. (“Hearst won’t take long before he honors the rigors of his putrid fucking nature,” observes Swearengen in just one example of Milch’s filthy, irresistible poetry.)