What On Earth Is Going On With AMERICAN GODS? - Nerdist

What On Earth Is Going On With AMERICAN GODS?

Neil Gaiman’s American Gods is one of the most beloved sci-fi / fantasy novels of the last 20 years.

When it was announced in 2011 that it would be becoming a HBO show, fans rejoiced. That series never made it to our screens, but in 2014 it was picked up by Starz, who announced they would be developing the project with Hannibal’s Bryan Fuller with Michael Green, which seemed like the perfect fit.

Three years later the season debuted on the channel to generally positive reviews, but two years later we’re still waiting on the sophomore offering. The series has gone through multiple showrunners, and with the hint at a third season reported by Deadline at the Television Critics Association, we’ve rounded up everything you need to know. 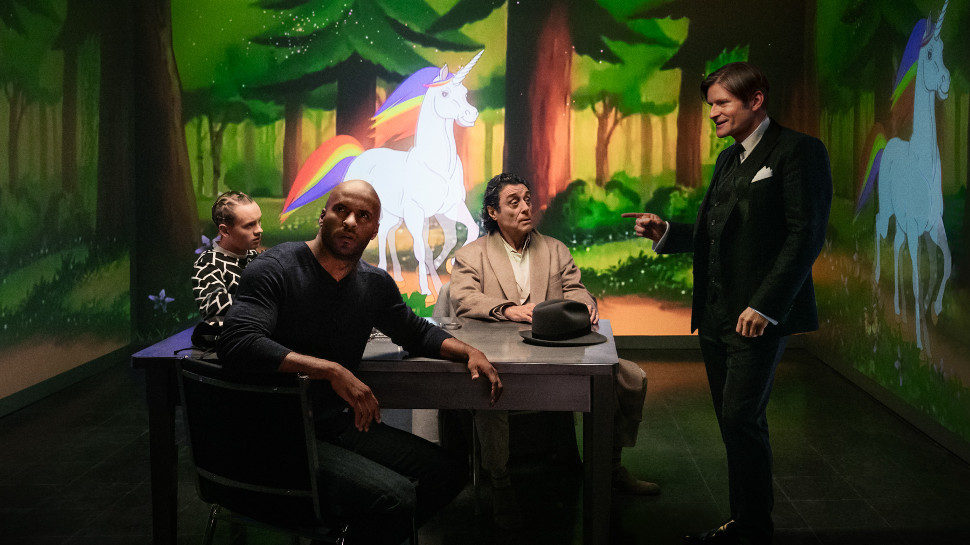 American Gods has gone through a lot of behind the scenes problems throughout its almost decade long development and eventual production. This began with the leaving HBO, which HBO’s Michael Lombardo told Vulture was due to creative differences with the script. “We tried three different writers, we put a lot of effort into it. Some things just don’t happen.”

Though the show found a home at Starz after the first season, showrunners Brian Fuller and Michael Green announced they were leaving for season two. Though at first it appeared that the split was amicable, fans wondered why the creative team would have jumped ship, and in now deleted tweets Brian Fuller revealed his plans for the next season and that the pair were actually fired.

“Me and [Michael Green] never abandoned [American Gods]. We were dedicated to cast, crafted the season, wrote 5 episodes, even had Media (Gillian Anderson) as Mr. Rogers & Princess Leia. We were in the process of reducing scope due to a dramatic budget reduction when we were fired.”

In March 2018 (five months after Fuller and Green left), Jesse Alexander was brought on as new showrunner alongside Neil Gaiman. But in September, a report in The Hollywood Reporter revealed that Alexander was being “sidelined” due to “delays and frustrations.” Alexander was never replaced. 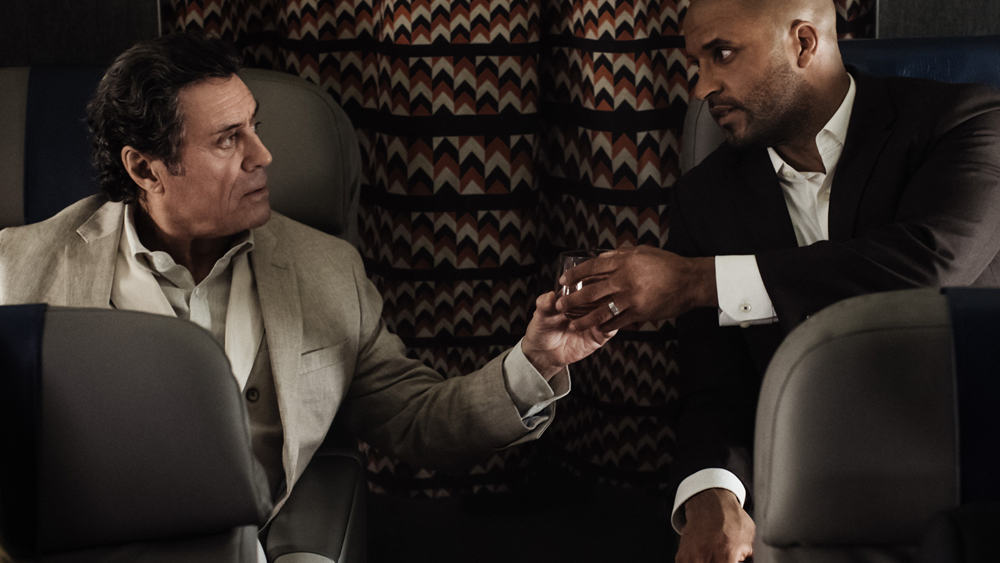 Deadline describes the new season thus: “In season two, the battle moves toward a crisis point, as the destinies of gods and men collide. While Mr. World plots revenge for the attack against him in the first season, Shadow throws in his lot with Wednesday’s attempt to convince the Old Gods of the case for full-out war, with Laura and Mad Sweeney in tow.”

During the Television Critics Association winter press tour, the cast and crew spoke about season two and the tumultuous production ( via Variety). For creator Gaiman it’s been a waiting game, but a worthwhile one.“It’s definitely taken a while to get Season 2 out but it takes awhile to get good [episodes]. I think we’d all rather have it good than have it quicker,” Gaiman said.

Emily Browning, who plays Laura Moon, revealed that the show begins about “30 minutes after season one ended.” As for the arc of her controversial character, Browning feels like “Laura finally has Shadow there in front of her and… as is probably to be expected of Laura, she realizes that maybe now she has what she wants she’s not entirely sure it’s what she wants.”

EW had some more interesting quotes, including one from Mr. Wednesday himself, Ian McShane, who’s clearly excited to get back to the source material. This season “is really a great way back to the book, which I thought we got away from in season one.… We needed to get back to the line in the book, which is reuniting Shadow [Ricky Whittle] with his story.” McShane explained. “Gaiman wrote a great blueprint for a TV series that can go wherever it wants as long as it remains true to the roots.” McShane added. 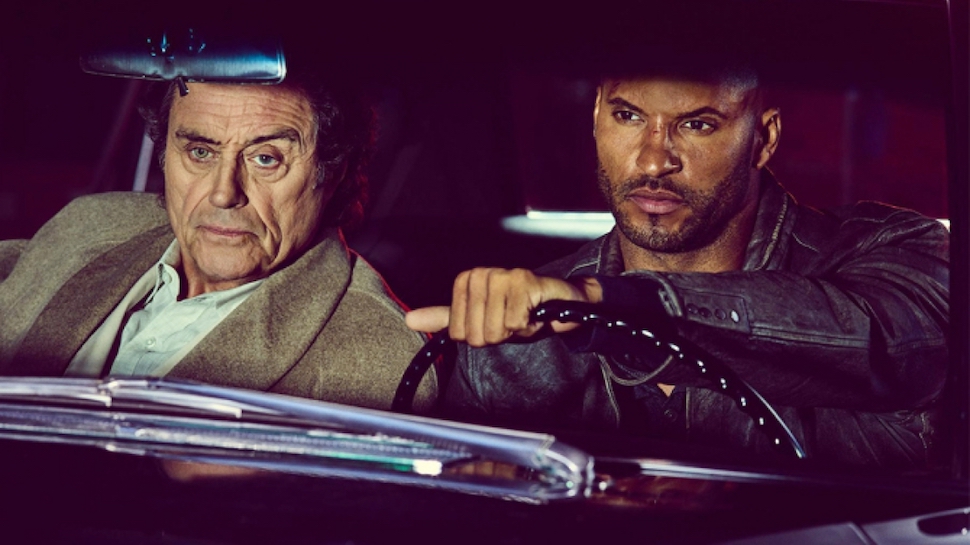 The actor summarized season two by comparing it to the journey that he feels Whittle’s Shadow Moon goes on, “The first season thematically tended to be: Weird shit happens and Shadow goes, ‘What the fuck is going on?’ Season two is Shadow figuring out what is going on, and weird shit is still happening, but now he is actually learning what’s going on.”

EW also got some insightful thoughts from the giant Leprechaun himself, Pablo Schreiber. “Where season one set up the world and took a lot of time to establish the world we were living in and set up these dialogues and hit on a number of issues, season two is a little more plot-driven,” the actor teased. “We’re really moving the book forward, and the story forward.”

Orlando Jones, who plays Mr. Nancy, also added his thoughts on how the new season would move things forward. “It was a lot of work just to get [the concept] out there,” Jones said. “In season two, a lot of those things are more rooted in characters and what their emotions are.” 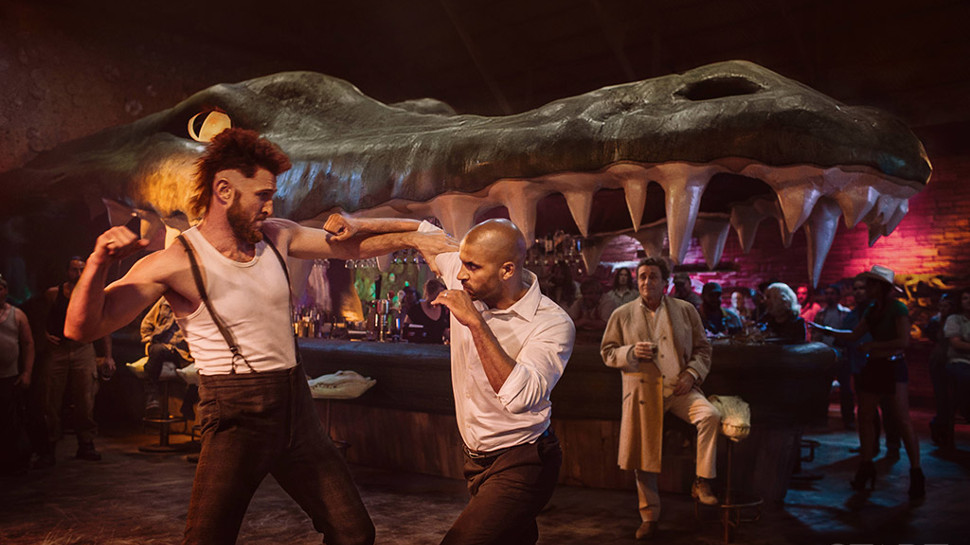 Deadline got the quote about the possibility of another season from a source close to the production. “We didn’t make season two of American Gods not to make a season three.” McShane also had thoughts on the further narrative at TCA, and said, it can go “wherever it wants, so long as it’s true to the roots. It’s not Harry Potter and it’s not the Marvel universe.”