Movie nights in my house generally go the same way: watching two hours worth of trailers, realizing it’s getting too late for a movie, and tossing on an episode of Monk. It’s a brutal pattern that shaped movie nights with my sisters growing up and has continued on into adulthood. My biggest movie obstacle is and has always been indecision. Well, that and sibling squabbles. The booming streaming era, and the ability to endlessly scroll for movies, has only made choosing what to watch even more daunting. But Netflix may have solved that problem with its new Play Something feature. Here’s Will Arnett as a remote to walk us through it in this delightfully silly demonstration.

As Netflix oh so correctly points out in the feature’s press release, sometimes we just don’t want to have to make a decision. And now, when watching Netflix, we don’t have to. The streaming platform began testing various versions of the feature last year, but now it’s officially launching for everyone. But don’t worry, the Play Something feature won’t just play anything. It’s all based on your profile’s preferences and streaming history.

As Netflix notes, using the Play Something feature will present you with a bunch of interesting options right up your alley. They include: 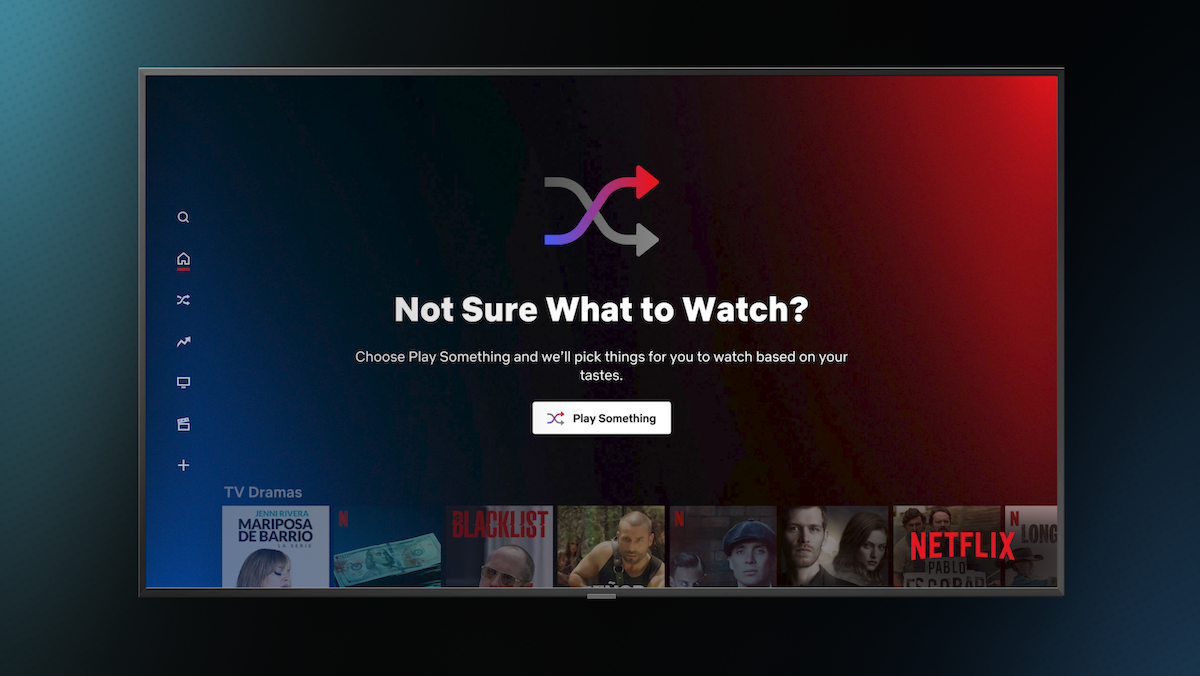 This is the perfect antidote to scrolling through Netflix until I fall asleep. (Or give up and just watch the first few seasons of Sherlock again.) And the Play Something feature is fairly easy to find on Netflix. According to the streaming site, it’s visible in a few spots: under your profile name, on the tenth row of the Netflix homepage, and on the Navigation menu. Plus, Play Something also works for text-to-speech, making it user-friendly for subscribers who use screen-readers.

Logging onto Netflix and not scrolling aimlessly for hours? It really is a brave new world out there.