What’s more cozy than murder? Nope, you didn’t hear me wrong. I’m of the mind that murder can be delightfully relaxing. Of course, I’m talking specifically about the trend of cozy murder mystery series. They began life in the UK with the 1980 Agatha Christie adaptation Why Didn’t They Ask Evans? Since then murder mysteries have lived a strange double life as both bleak and brutal crime dramas and daytime TV fodder. Seeing as 2020 has been very bleak and brutal, I’ve been immersing myself in the warming glow of the cozy murder mystery trend and thought I’d share my findings with you. Here you’ll find seven of the very best that the genre has to offer. From gardening detectives to crime writers involved in a worrying amount of murder investigations, there’s something for every kind of chill. 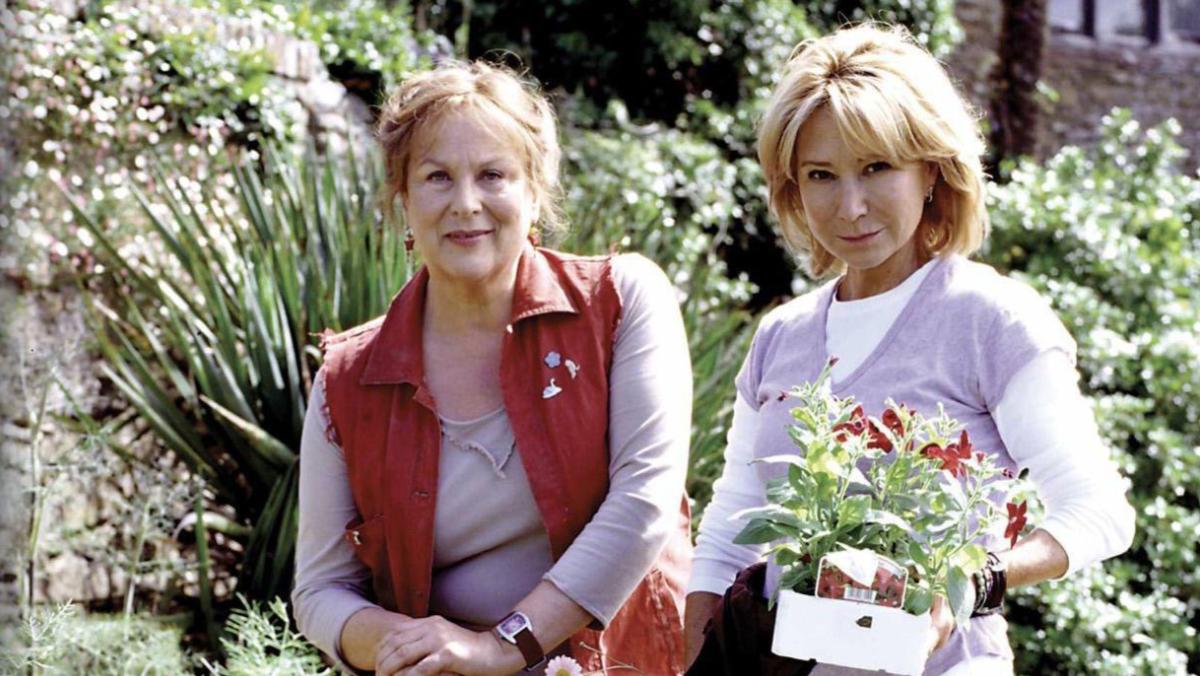 I had to start with this absolutely iconic sapphic entry into the canon about two single older ladies who bond over their love of being nosy, gardening, and solving mysterious murders. Though there isn’t any canonical queerness between them, they do move in with each other after the first time that they meet and are inseparable forevermore. With every episode centering a different botanical murder, Rosemary & Thyme has a delightful aesthetic with a whole bunch of beautiful gardens, stately homes, and wild woods for our wonderful women to explore.

Like all of our entries here, there’s no gore or gruesome deaths but plenty of inventive murder methods. After all, when you’re making cozy murder mysteries you’ve got think outside of the box when it comes to the cause of death so that you don’t scare your demographic or your detectives. Stream on Britbox now. 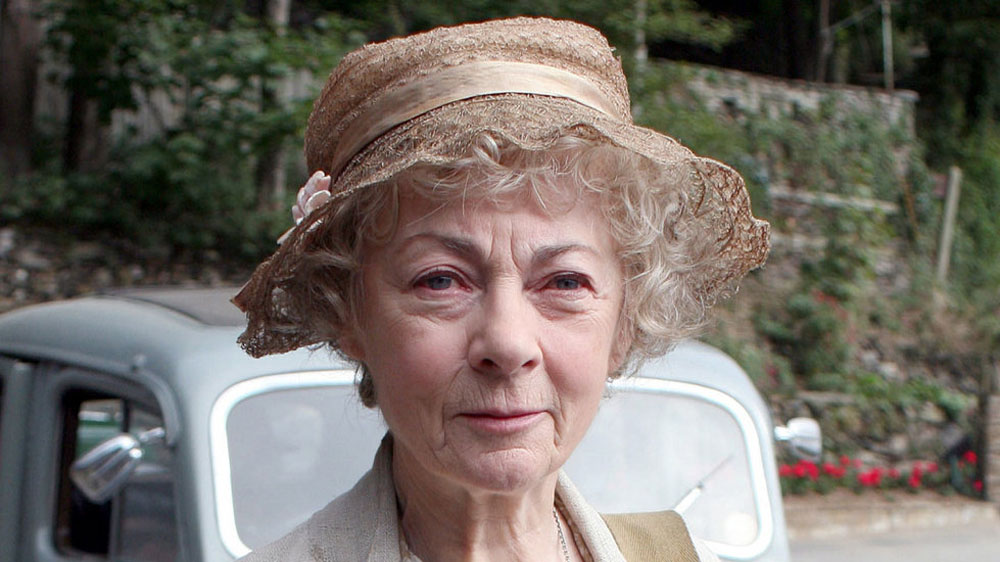 The original and still (one of) the best. Ms. Marple has long defined the legacy of Agatha Christie. Though her works are far more complex and dark than these saccharine adaptations showcase, there’s still a lot to love about them. There’s been plenty of Ms. Marple adaptations both cinematic and small screen, but the best way to experience decades of the senior sleuth is via the Marple series. The feature length specials are staples of British TV and are televisual spectacles starring many recognizable faces.

Depending on the era you’ll get polite church-based murders and intricate Nazi entangled romps as well as varying production values and cast quality. But each episode is a delightful escape into a world where nosy old ladies can solve a murder, catch a war criminal, and do it all before their cup of tea gets cold and their cucumber sandwich gets soggy. Stream on Britbox now. 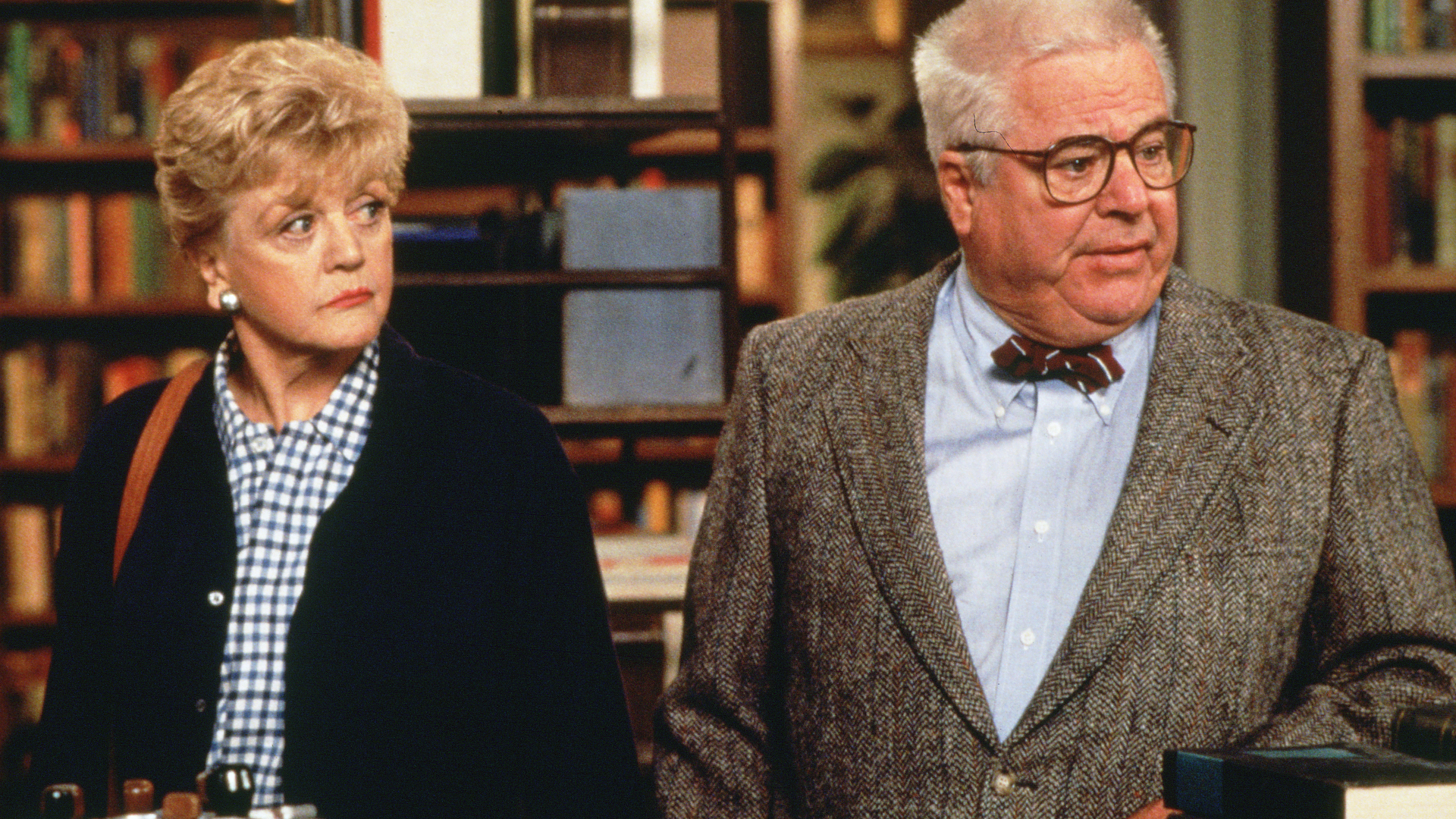 Watching Murder She Wrote is like slipping into a warm bathtub… full of dead bodies. Angela Lansbury cuts a cheery figure as bestselling mystery writer Jessica Fletcher who has a penchant for getting caught up in murder investigations. Like, it’s very suspicious to be honest. Alas Jessica is never revealed as the true killer but she does have a lot of fun making every local cop look like a bumbling fool as she traverses cutesy locales from Maine to Ireland bringing death and destruction with her wherever she goes.

Just like Rosemary & Thyme, there’s a lot of great fashion here too as Jessica is a big fan of dressing up for her visits to unfortunate friends. Also if you want to enjoy a drink or 500 with your viewing take a sip anytime that Jessica meets or helps out a niece or nephew… honestly how many siblings can one woman have? Stream on IMDB TV now and Peacock now. 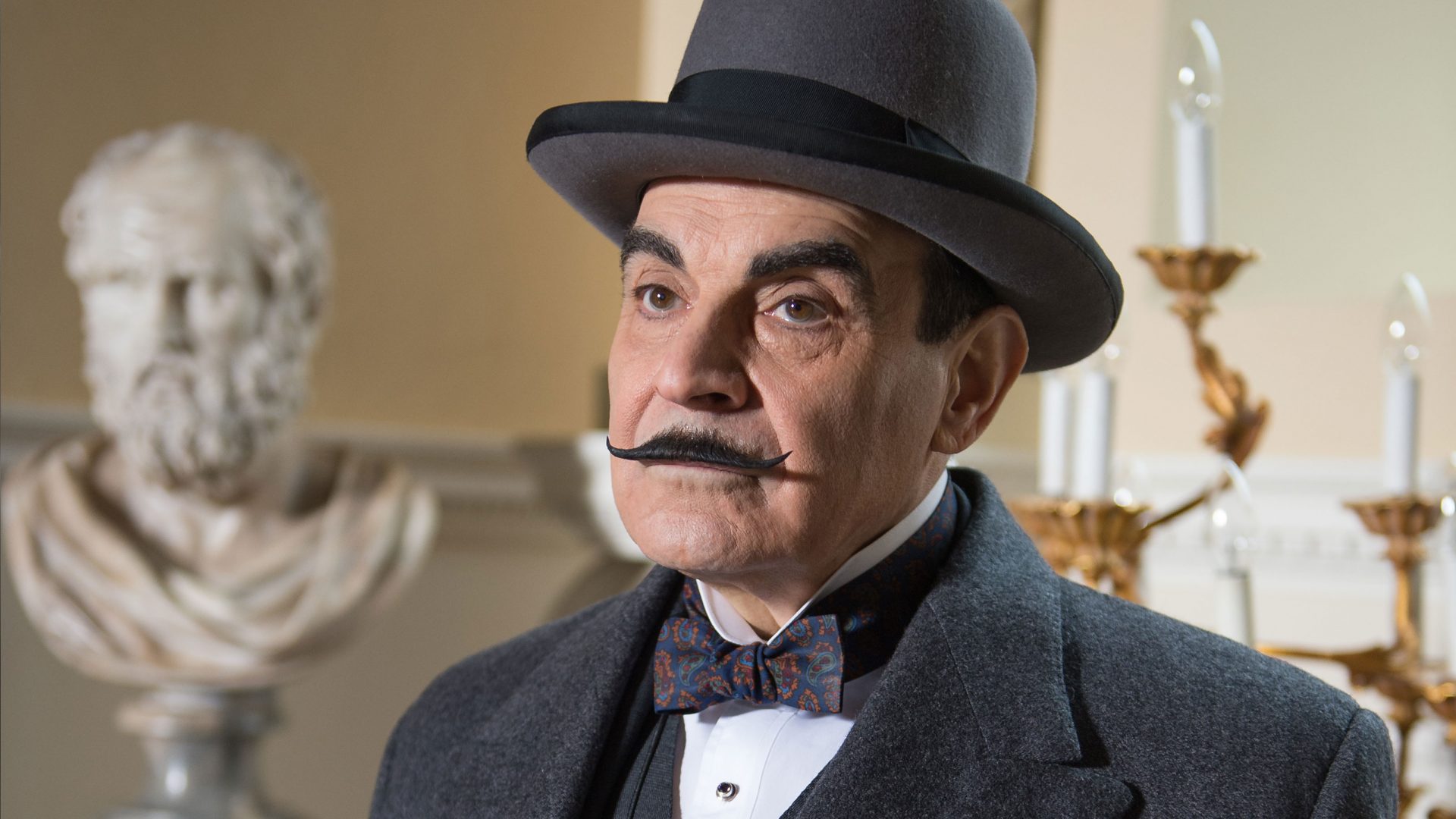 Christie’s second entry into our list is another British weekend TV classic. Focusing on the eccentric Belgian detective; these tales are full of intrigue and glamour and these adaptations include some of the author’s most famous tales. David Suchet plays the definitive version of the character here and is a bundle of (faux) bumbling charm. If you like period pieces and dreadful villains as well as globe hopping adventures, this is the cozy murder mystery for you. There’s trains, fancy gardens, art-deco architecture, and wonderful gowns to lose yourself in. So venture alongside Poirot as he solves murders, jewel robbery, and foils fascists, too. Stream on Britbox now. 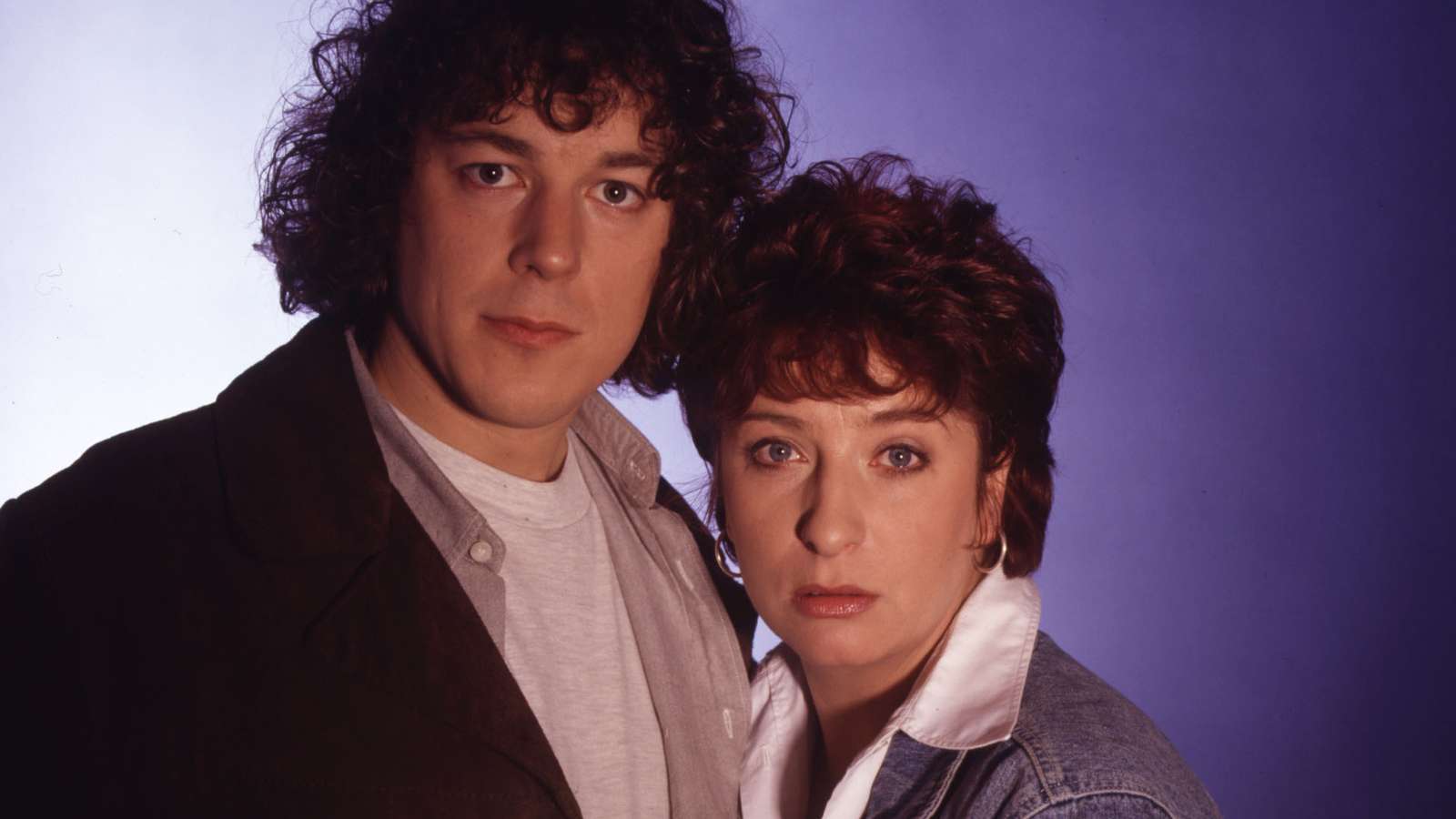 A magician’s assistant and a journalist team up to solve unsolvable murders in this darkly funny British classic. Jonathan Creek is a sarcastic genius who designs magic tricks for a famous American illusionist—who’s played by Anthony Head in the first two episodes!—and Maddy Magellan is a loud-mouthed writer who’ll go to any lengths to get her story. People are killed in magnificently strange ways here with plenty of completely ridiculous locked room mysteries that even Houdini would struggle to solve. Also Jonathan lives in a windmill which ups the cozy factor by about 200 percent. Under appreciated in the world of the murder mystery this is a cheeky little gem that pushes the boundaries of belief and logic but is always entertaining. Stream on Britbox now. 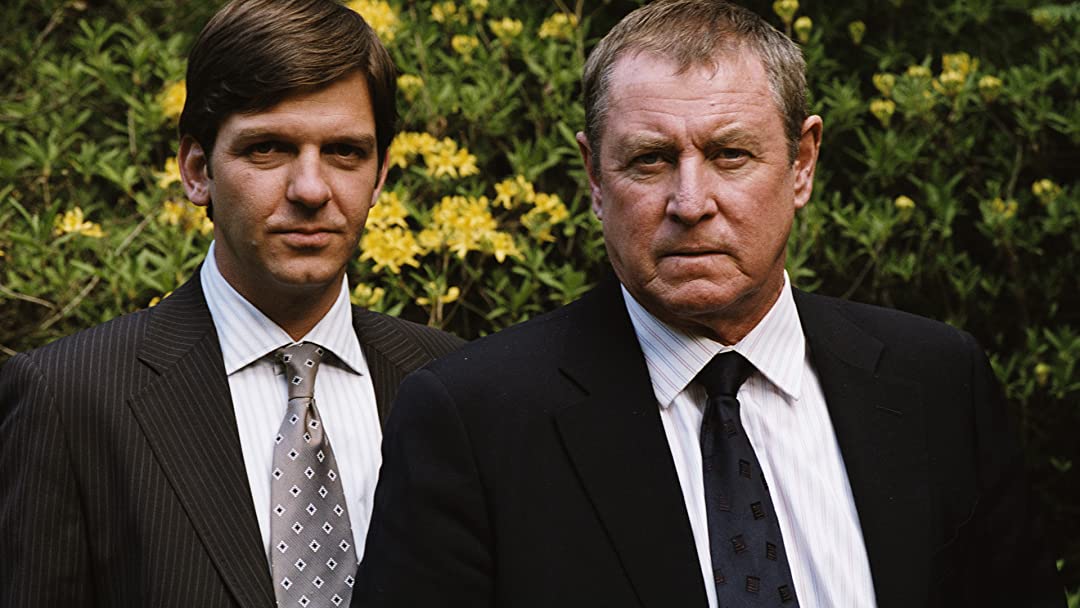 One of my personal favorites. Midsomer Murders takes place in a small village that arguably has the highest murder rate per capita of… well anywhere. With every episode of the 20+ seasons focusing on a new killing each week, there’s definitely a murder problem in Midsomer. Our in character is the Inspector Barnaby the tireless policeman who never seems to think “F*** this” and keeps solving deaths by cheese wheel, pitchfork, and other incredible weapons. Book clubs, PTA groups, and local occult groups all play key parts which is just as fun as it sounds. Basically, if you need a new series to binge, work to, or even fall asleep while watching, then Midsomer Murders is a prime choice for your new favorite show. Stream on Pluto TV now.

A rare Australian entry into the cozy canon, Miss Fisher’s Murder Mysteries is also our newest invention. The cult TV show first aired in 2012 and is still going strong with the release of a recent movie. The titular detective is the badass Phryne Fisher; a stylish gumshoe who has a nose for trouble and a dark family secret that drives her. This is the glitziest of our entries. So if you’re missing some glamour in your life then Miss Fisher Murder Mysteries is a must. Phryne is far more likely to be seen sashaying into the finest ballroom than she is picking at a ham sandwich at a village hall. Despite the obvious influences from the cozy murder mystery tradition, Miss Fisher adds a historically shiny flair to the proceedings. Stream on Acorn now.