NASA says it’s aiming for no earlier than April 8 to fly Ingenuity: the state-of-the-art helicopter housed inside the Mars rover, Perseverance. This initial flight will mark the first-ever use of a powered aircraft on another world. And if successful, it may unlock difficult-to-reach areas of other planets. Which is why it’s so important for NASA to get Ingenuity‘s flight plan just right. 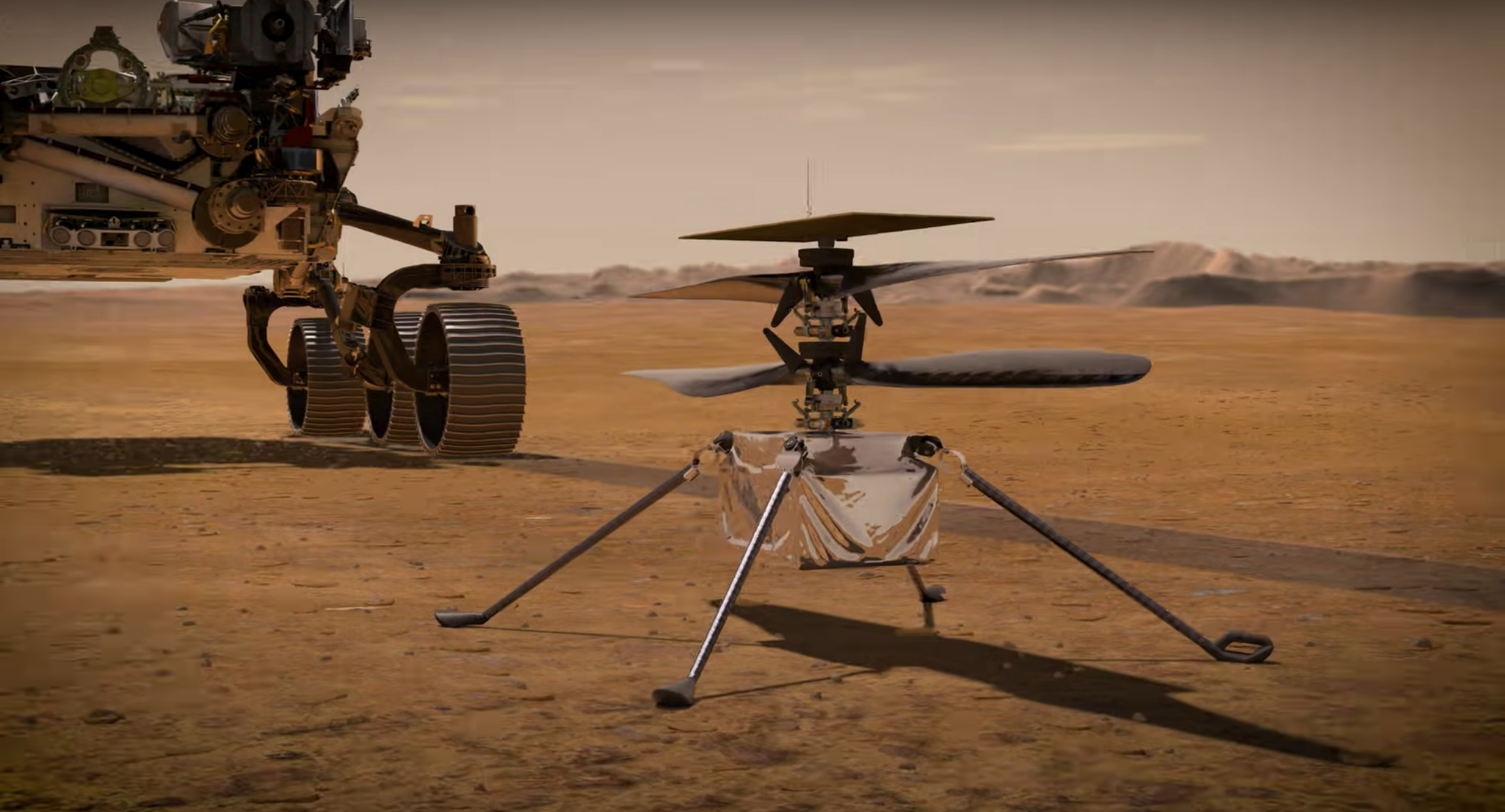 In a press release, which comes via The Verge, the space agency outlined how its decided on Ingenuity‘s airfield, flight zone, and take-off and landing areas. NASA’s Ingenuity team says it chose a nice patch of Martian regolith for its flatness and relative lack of obstructions. Although deploying and flying the aircraft is still going to be nerve-wracking.

Not only does Perseverance—NASA’s rover that landed on Mars on February 18 of this year in the planet’s Jezero Crater—need to position itself smack dab in the middle of a 33 by 33 foot airfield, but it’s going to take six sols to deploy Ingenuity. (A sol is a Martian day, and lasts about 24 hours and 37 minutes.) During that period, NASA will perform countless intricate procedures. Those procedures include firing a cable-cutting pyrotechnic device that’ll allow the arm holding Ingenuity to begin rotating the helicopter out of its horizontal position. 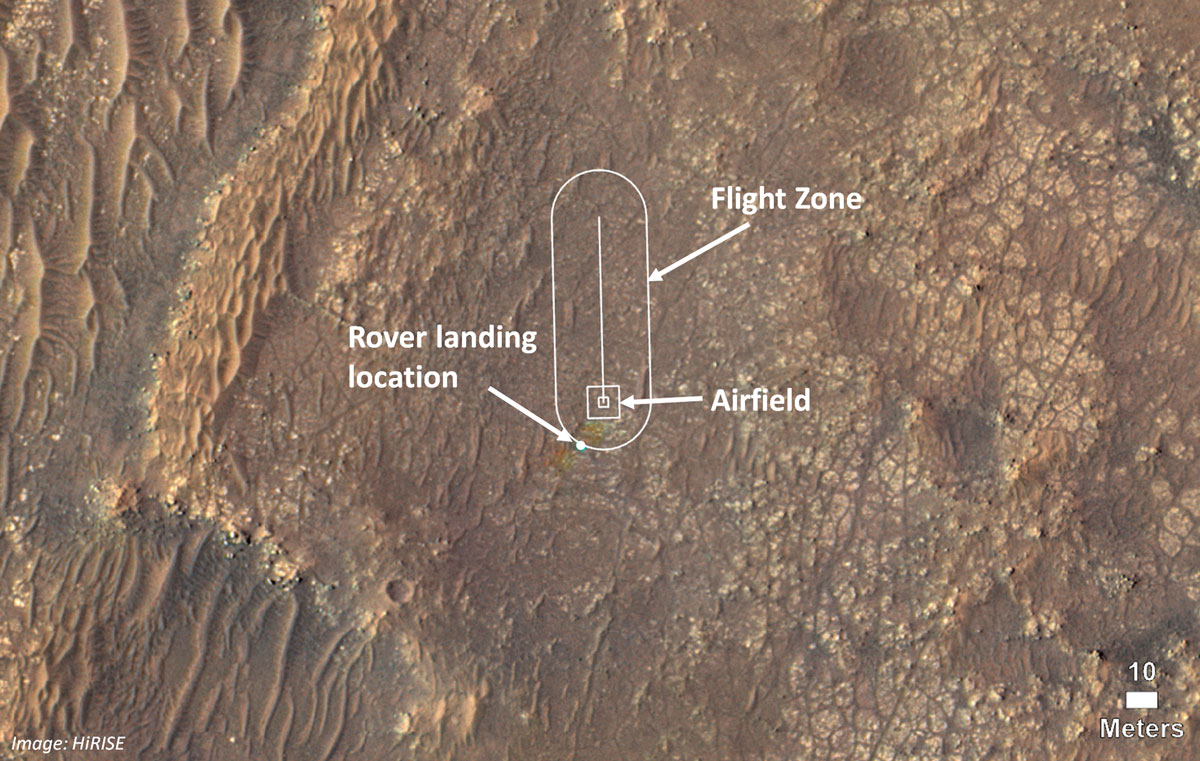 “As with everything with the helicopter, this type of deployment has never been done before,” Farah Alibay, Mars Helicopter integration lead, said in NASA’s release. “Once we start the deployment there is no turning back,” she added.

Flying on Mars will be especially difficult for Ingenuity due to the planet’s extremely thin atmosphere. (For reference, in regards to density, it’s equivalent to the atmosphere 116,000 feet above Earth’s surface.) This means Ingenuity’s carbon fiber blades will have to spin at more than 2,500 rpm. The helicopters’ onboard computers will also make 500 controller adjustments per second to keep it on the right flight path.

If all goes according to plan, however, Ingenuity will demonstrate that flight is possible on other planets. Which is the reason the helicopter contains a small amount of the muslin fabric the Wright brothers had on their aircraft, the Flyer. Like Ingenuity, Flyer was the first aircraft with some kind of power system to fly on Earth. We can only imagine the brothers would be proud of where their wings have spread to now.