How to Watch the Perseverance Rover's Mars Landing - Nerdist

How to Watch the Perseverance Rover’s Mars Landing

NASA’s Perseverance rover has almost reached Mars. After traveling more than 292.5 million miles from Earth, the rover will reach the Red Planet on February 18. NASA’s most sophisticated rover yet, Perseverance, which launched on July 30, 2020, will explore the planet looking for ancient signs of life and collecting rock samples to bring back to Earth. Specifically, it will explore the area of Jezero Crater, the rover’s landing site, once the site of an ancient river delta.

NASA is calling the Perseverance’s impending landing as “the hardest Mars landing ever attempted in history.” Here’s how to watch the live coverage of the event. 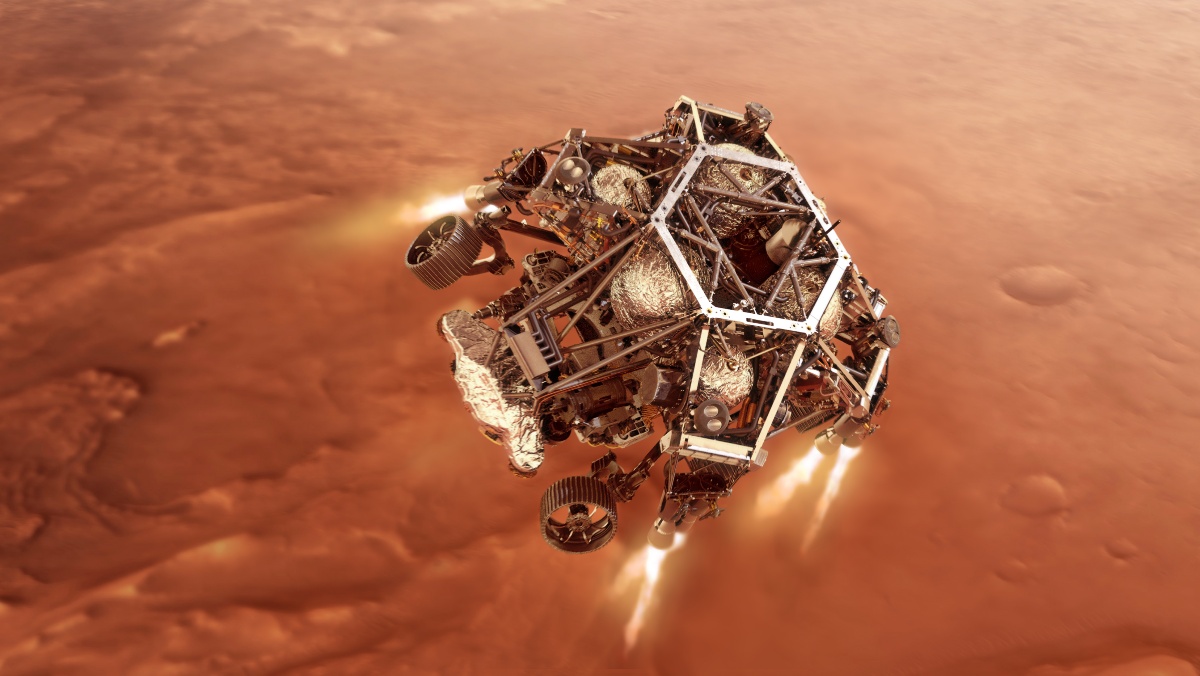 Where to watch the coverage?

NASA is pulling out all the stops to ensure everyone can participate in the landing’s major moments. Beginning at 2:15pm ET/11:15am PT, livestream updates and commentary will be broadcasting on YouTube, Twitter, Facebook, LinkedIn, Twitch, Daily Motion,  Theta.TV, and the NASA App. Additionally, there’ll also be a  Spanish-language broadcast of the landing. And for those really into NASA’s operations, there’ll also be a feed showing the mission control room and a  360-degree stream documenting the landing in a very immersive—almost dizzying—way.

According to NASA’s timeline, the crucial time period falls during a period of seven minutes of terror. That represents the time between the rover reaching the Martian atmosphere and its landing. For Perseverance, that will occur at 3:48 pm ET and 3:55pm ET.

Perseverance will roam Mars for one Martian year—which is slightly more than two Earth years. The rover has seven instruments to assist with mission objectives. This includes Ingenuity, a helicopter making the first ever controlled flight on another planet. The Mars 2020 mission is momentous. NASA believes its technological successes could have major implications. It would mean great strides for the potential future human missions to both Mars and the Moon.

Keep an eye on important NASA updates and get ready to celebrate the Perseverance with some pretty special doughnuts.