Perseverance has only just begun its exploration of Mars, yet NASA‘s latest rover has already provided stunning photos and videos of our celestial neighbor. We (hopefully) have many years of great images and footage to look forward to. However, the the space agency’s most recent picture of the Red Planet, which is one of the best we’ve ever seen, is much older. It’s a composite image based on photos taken between 2002 to 2004. It shows off the different temperatures of Mars’s surface. The result is a series of beautiful “blue” sand dunes that look like setting of a gorgeous sci-fi movie. 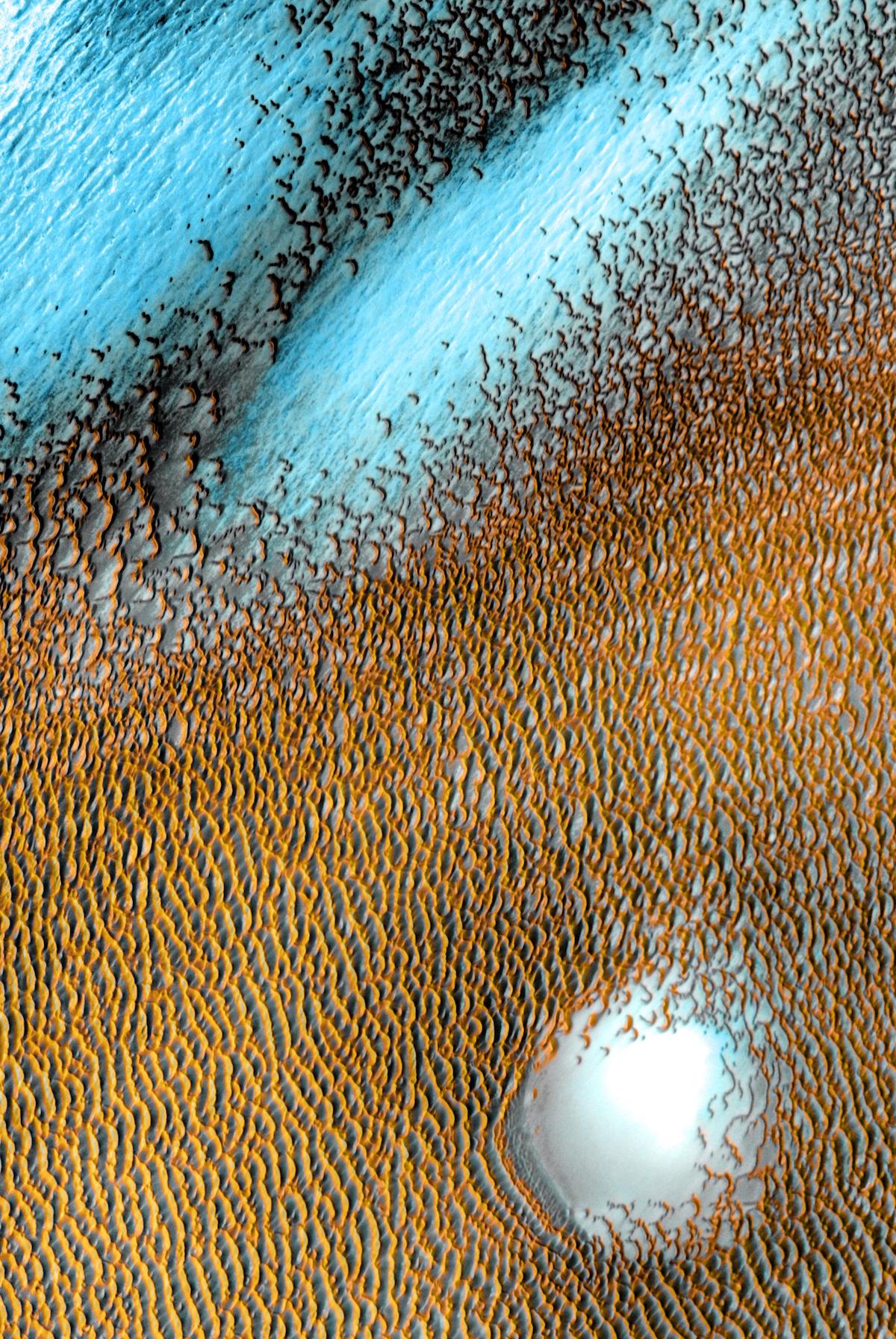 NASA’s “Blue Dunes on the Red Planet” (which we first came across at Mashable) combines photos of the planet taken by the Thermal Emission Imaging System instrument on the Mars Odyssey orbiter. They were snapped from December 2002 until November 2004. The space agency has released this composite look now as part of Odyssey‘s 20th anniversary. It makes for one incredible celebration.

Because while Mars is not actually blue, this image highlights differences in surface temperatures. (Obviously, blue means colder.) When combined with the planet’s naturally forming dunes, the result is remarkable. Especially when you realize how big an area this one photo covers. From NASA:

“A sea of dark dunes, sculpted by the wind into long lines, surrounds Mars’ northern polar cap and covers an area as big as Texas. In this false-color image, areas with cooler temperatures are recorded in bluer tints, while warmer features are depicted in yellows and oranges. Thus, the dark, sun-warmed dunes glow with a golden color. This image covers an area 19 miles (30 kilometers) wide.”

This photo reveals a location that is both real and imaginary. These dunes exist, but they aren’t actually blue. We are talking about the Red Planet after all. That makes it both science and fiction, and it captures why Mars continues to amaze us even as we learn more and more about it.