The Foo Fighters’ “Everlong” is one of the signature songs of the ’90s. It came at just the right moment to define its era. Post grunge, but before the teen pop explosion at the decade’s end. It’s arguably the band’s biggest and most recognizable hit. Anyone who grew up plopped in from of MTV of that era remembers the Michel Gondry-directed video playing on a loop.

Now, thanks to Laughing Squid, we’ve come across a video of Foo Fighters frontman Dave Grohl telling the story of the song’s original inception. This is right before playing an acoustic version of the song at the Oates Song Fest 7908. The recent event was a fundraiser for the organization Feeding America. You can watch the full video right here.

As with many great and timeless songs that have stood the test of time, “Everlong” came out of a painful breakup. In the video, Grohl explains that he accidentally came upon the chord he used for the song, while sitting in the recording booth. He didn’t know what chord it actually was, because he doesn’t read music, and plays everything by ear. He came up with the bare bones of the song right there. But in December 1996, right as he was going through a divorce, he fleshed it out more. That’s when he recorded a proper demo. 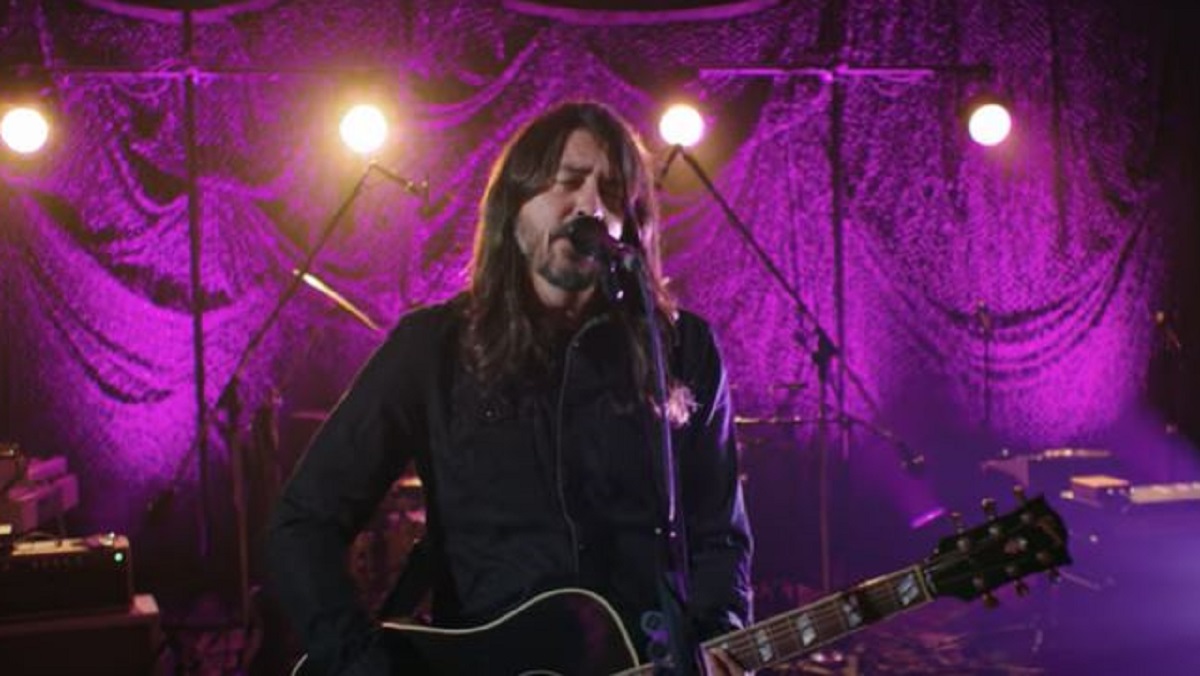 In the video, Dave Grohl also mentions how that first version of “Everlong”  instantly reminded him of something from the iconic experimental rock band Sonic Youth. In fact, he’d later play the demo version of the song for Sonic Youth’s Kim Gordon and Thurston Moore. He was afraid that the song was too much of a ripoff of their sound. But they ended up loving it, and urged him to go with the demo version he’d just recorded. And the rest, as they say, is history.