If you’re a fan of Wolverine, there’s a pretty good chance you’ve tried to turn random pointy objects into an IRL version of the mutant’s claws. Certainly some of us remember taping pencils to our knuckles in fifth grade in an homage to the claws, anyway. Now, engineer and YouTuber James Hobson has made a new (and very professional) fan version of Wolverine’s stabbers. And they’re both fully metal and also “self-healing.”

Hobson, a.k.a. The Hacksmith, recently posted the above build video to his YouTube channel. For those unfamiliar, Hobson has garnered a massive fanbase thanks to his series of “make it real” projects. As their name implies these projects see Hobson and his crew take objects from movies, comic books, etc. and…make them real. Previously Hobson and co. have made everything from a working Captain America shield to a lightsaber that burns at 4,000°F.

For this project, Hobson aimed to make metal claws that can “heal” themselves upon warpage. Something the engineer was especially keen on doing as he broke his hand this summer and liked the idea of things healing. Apparently, doctors had to put titanium in his hand to fix it as well, so there was certainly some inspiration there. 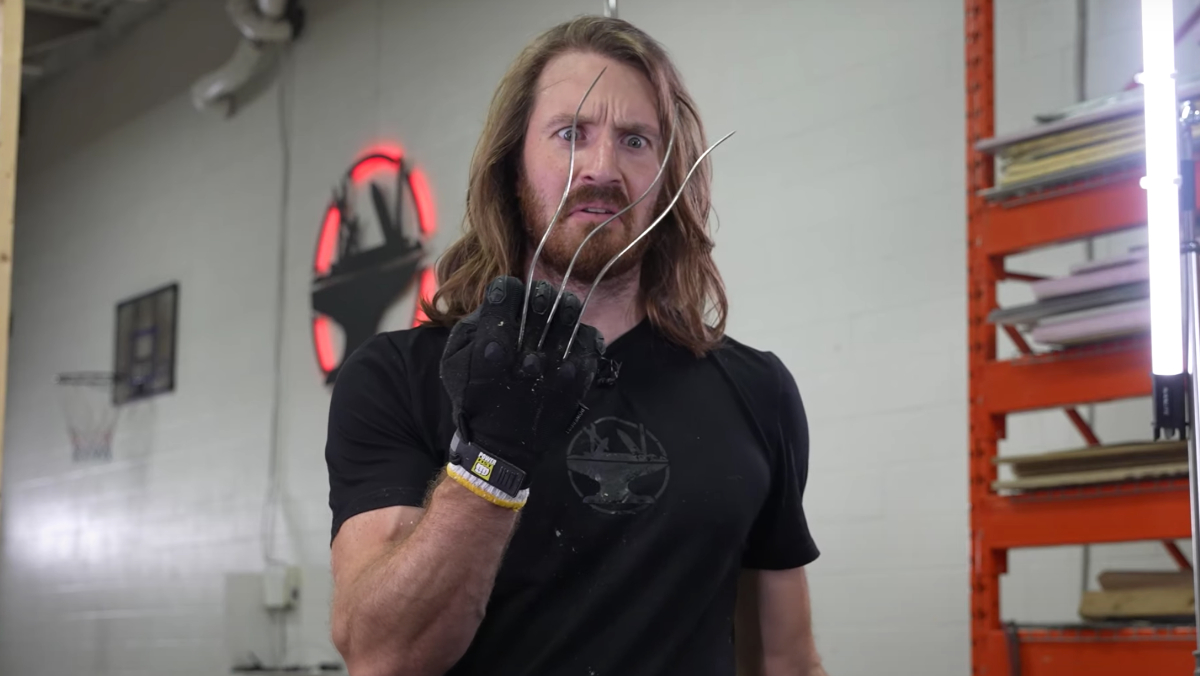 As Hobson shows in the build video, he made his Wolverine claws out of nitinol; a unique metal alloy of nickel and titanium that exhibits both the “shape memory effect,” as well as superelasticity. Meaning somebody can deform the alloy and have it remain deformed until it’s heated under extreme temperatures.

Hobson spends about the first two-thirds of the video showing how he created his claws, tapping a Canadian manufacturing house called Smarter Alloys to deliver the initial blades. Hobson then shows how he smoothed, polished, and assembled them to look identical to Wolverine’s. 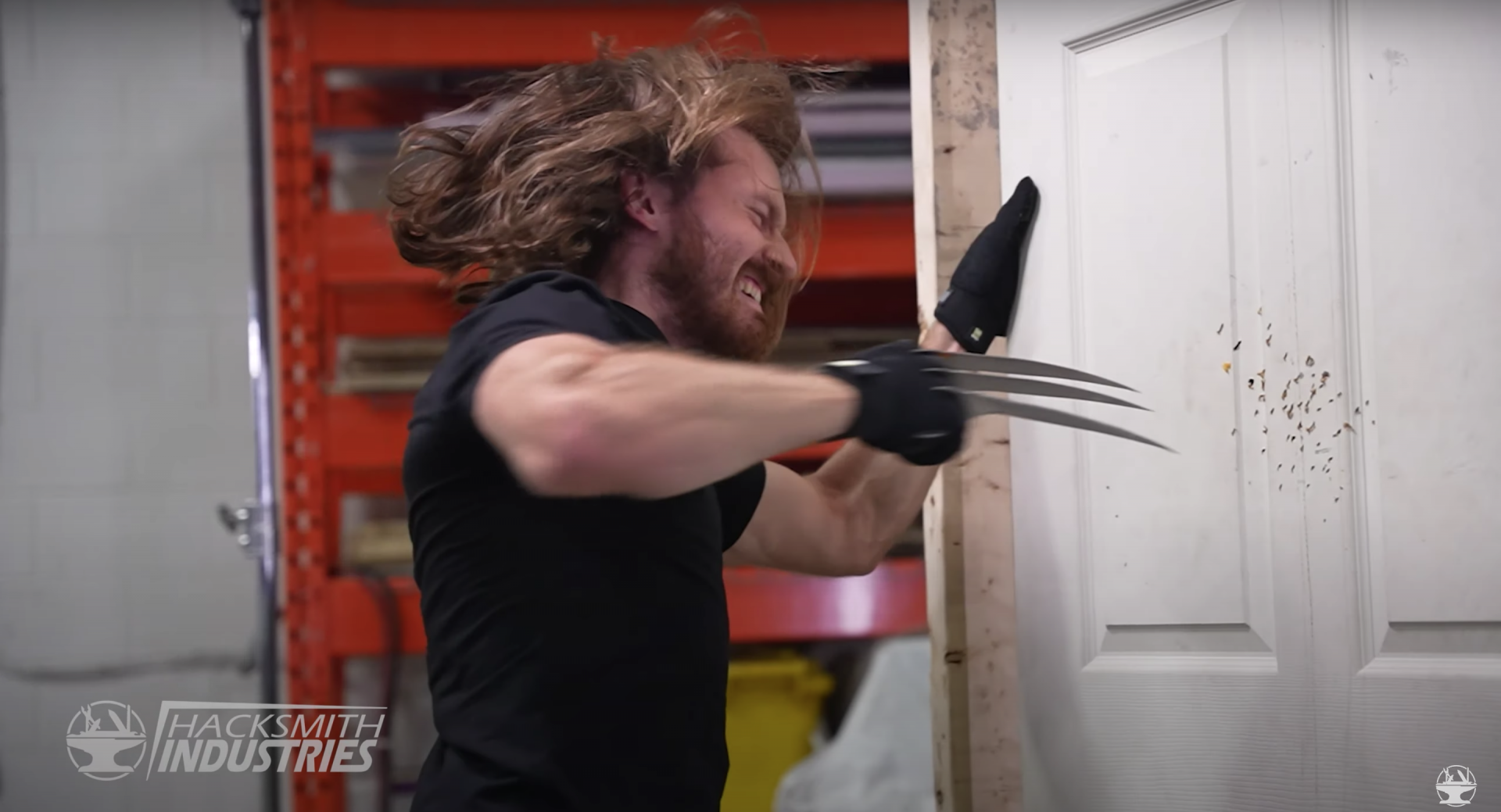 As for the slicing and stabbing action? It all begins around minute twelve with Hobson testing the claws on everything from Red Bull cans to a door. And, of course, tons and tons of fruit. Most importantly, however, Dobson shows that even if an object like say, a concrete block, bends the claws out of shape, extreme heat can still bring them back to stiff and straight. Which makes us wonder: Can people put nitinol in their spines? Asking for a friend who’s spent 100,000 hours in an office chair over the past couple of decades.