Engineer and YouTuber Jake Laser seems dead set on making a real-life, fully functional Spider-Man suit. Laser has built a web full of real-life Spidey stuff before, including web shooters that can support his body weight. (And, occasionally, spray hand sanitizer.) Now, the engineer has emulated another Spider-Man suit feature: its ability to shrink to fit its wearer.

In the video above, Laser shows how, much like Peter Parker, he went through different iterations of his new Spider-Man suit. Laser notes the suit is based on the one in Spider-Man: Homecoming, and aims to duplicate that suit’s ability to shrink with the tap of the spider symbol button.

After iterating through some initial designs—and creating a one-off self-shrinking jacket like the one in Back to the Future Part II—Laser comes up with a fairly clean solution to the self-shrinking suit. At least from the front, anyway. 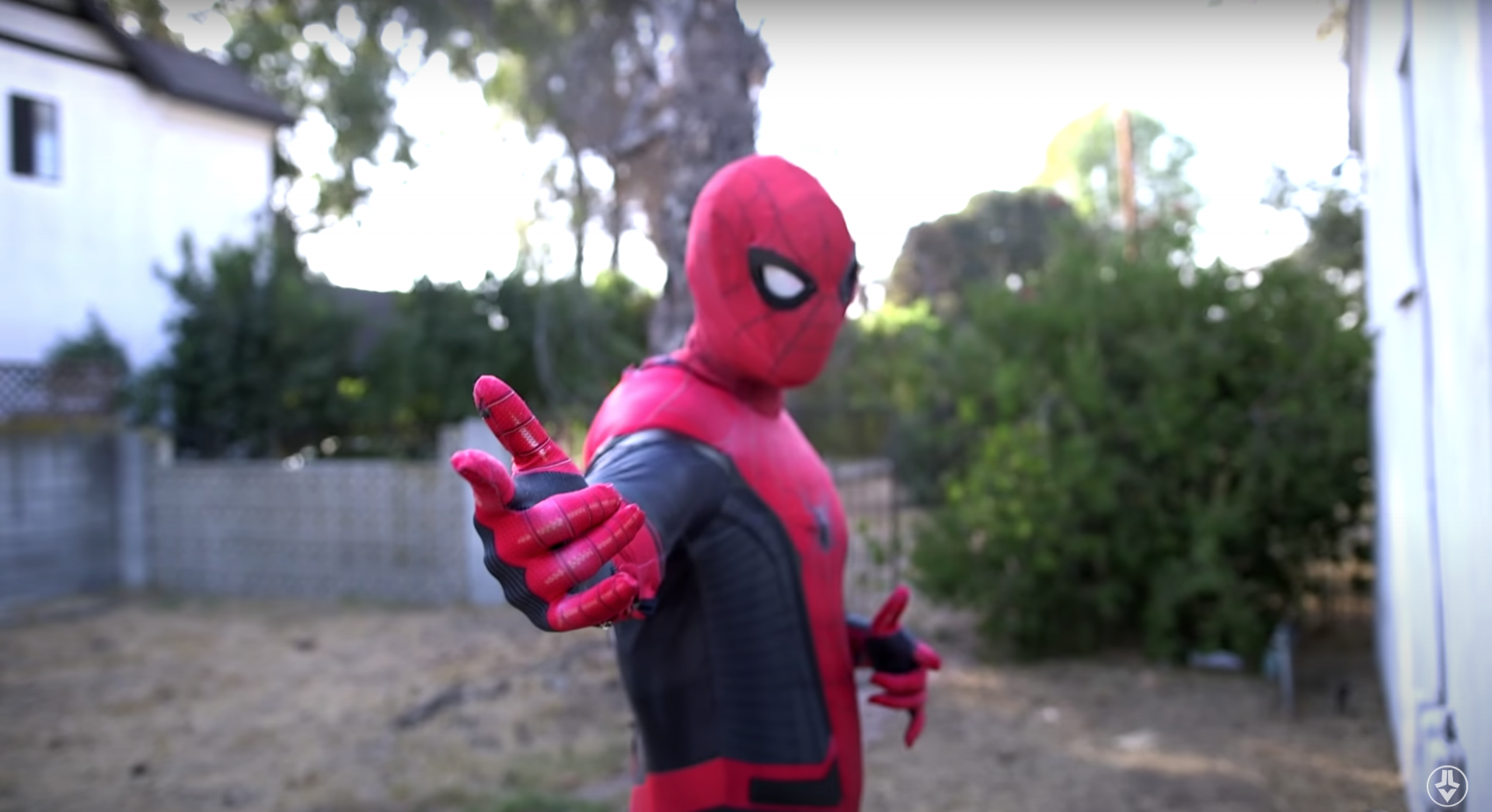 Laser’s Spidey suit shrinks using nickel titanium (or Nitinol) springs. Nitinol is a unique metal alloy that exhibits both the “shape memory effect,” as well as superelasticity; meaning somebody can heat the metal to deform it, and have it remain deformed until it’s heated once again.

By lining the suit with the Nitinol springs, and hooking them up to batteries that can run current through them—thusly heating them—Laser is able to make a suit that does indeed shrink at the tap of a button. The engineer does the big reveal around 17 minutes into the video, showing off the masterful shrinkage, alongside several other Spidey gadgets—including ones that allow users to climb walls.

Did you think Spider-Man Wall Climbers were just a figment of your imagination? Apparently not anymore.. 😎🕸 pic.twitter.com/GvFwJmYKTG

Despite its functionality, however, the suit certainly needs some improvements. Namely, it needs to not look so bunchy from behind. Although that’s an aesthetic issue, and one that Laser could solve in the future. In the meantime, we’d just like to see every single YouTube engineer in existence make more stuff with Nitinol.