The minds behind the YouTube channel Sous Vide Everything have done the unthinkable: marinate steaks in Red Bull. And, apparently, it even make the steaks taste good. Although the actual process of making the energy drink meat is, shall we say, all kinds of disgusting.

Digg picked up on Sous Vide’s new video. The channel—whose name translates from French to “under vacuum”—has made countless, nutty food combos like this one in the past; with almost every project involving the placement of meats and marinades in a vacuum-sealed bag. Hence the name.

In the video, we watch as one of the channel’s hosts attempts to make something “completely new” that the world’s (hopefully) ready to try. The “science experiment” involves three similar cuts of ribeye, and three different cooking methods: marinating a cut in Red Bull in a sous vide bag; cooking a cut with Red Bull compound butter; and drenching a cut with a Red Bull Sauce. 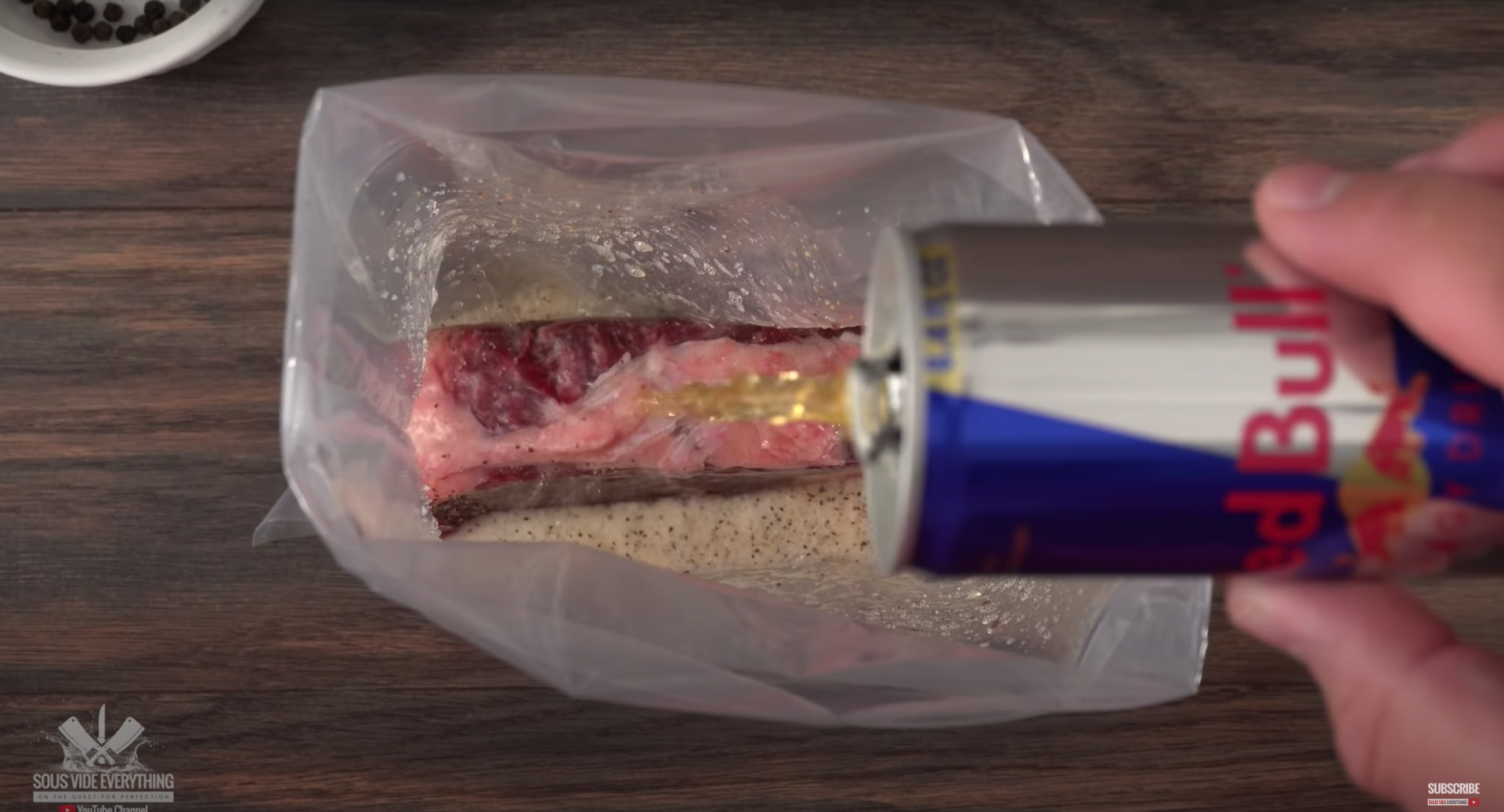 About half way into the video, the host sits down with a companion, Omar, for a taste test. And while the steak bathed in Red Bull seems to earn a barf-emoji face from both tasters, the latter two cuts seem to be decently good. Both testers even genuinely like the third cut, with its Red Bull sauce.

Perhaps the best part of the video, however, is when the host uses a flamethrower on all three steaks. Because that’s the best way to make them crispy, and also, who doesn’t love flamethrowers? 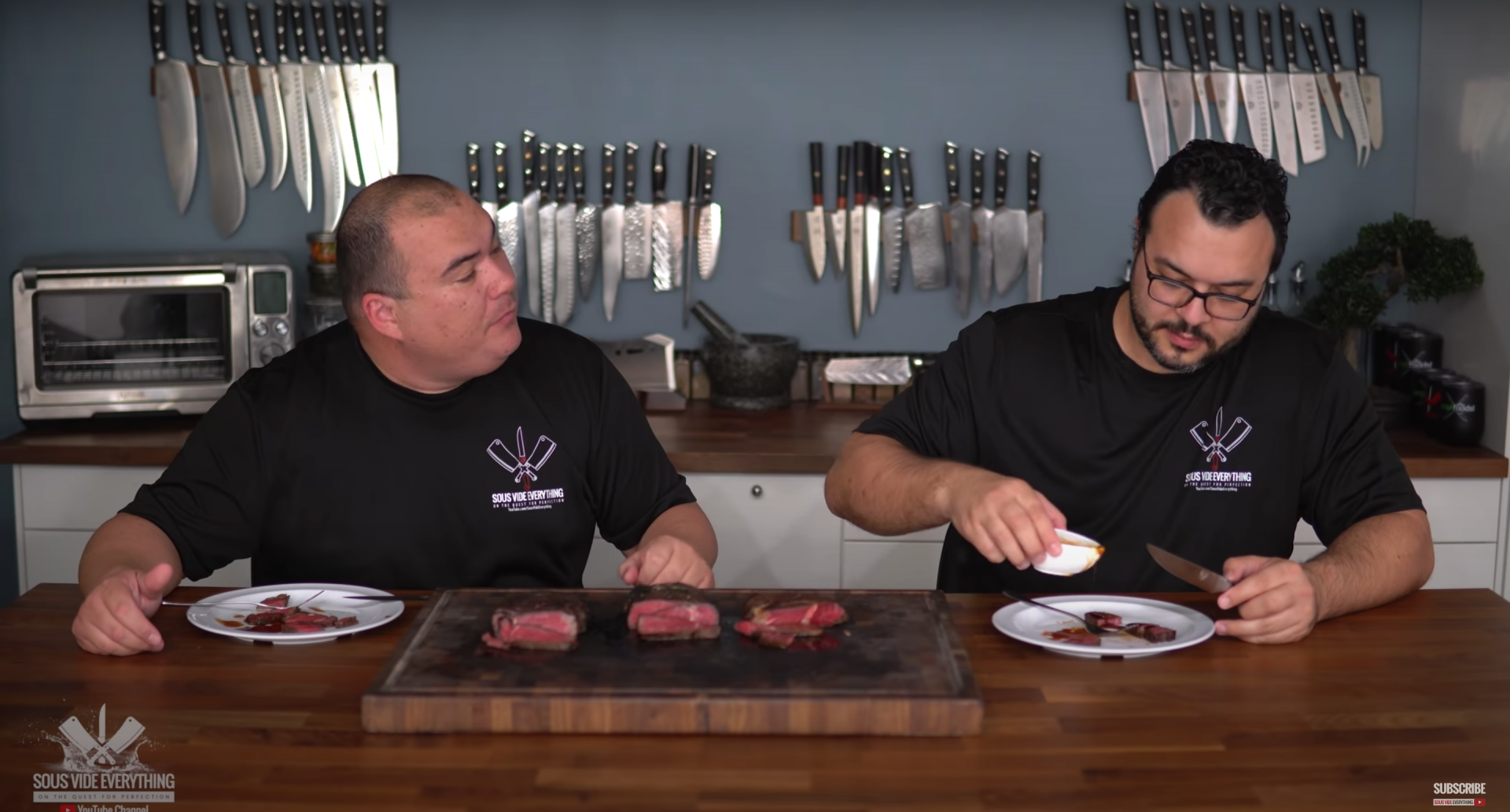 Anyone who’s now looking for more magical things happening in the world of meat, we have you covered. Did you know, for example, that you can cook a steak by electrocuting it? Or that you can even 3D print a steak out of living cow-tissue cells? Incidentally, the idea of dousing meat in Red Bull may now, by comparison, seem slightly less offensive.