We’ve all imagined ourselves in the midst of a medieval battle at one point or another—and probably will again. Which is why the below test showing how shields perform against bows and arrows is not only enlightening, but also a great fantasy aid. Because even fantasy battles with, say, dragons, are better if all the details are historically accurate.

The YouTube channel, Tod’s Workshop, recently posted the medieval test with the stated goal of figuring out if shields stop arrows. In the video, the channel’s host and creator, Tod, performs the test with replicas of a 15th century English longbow and shield.

As Tod notes in the video, the English “longbow” he uses for the test is, in fact, a crossbow. But looks are deceiving, as the crossbow aims to replicate the true velocity, speed, and momentum of the 15th century longbow. For reference, the crossbow matches the power of a longbow with a 160-pound draw weight, and fires arrows at a speed of 187 feet per second. Tod demos the original longbow and his crossbow replica in the video immediately below.

In terms of the results, it seems like it’s safe to say that shields do not stop English longbow arrows. Tod fires multiple arrow types at the shield—which is made mainly of Poplar wood—and they all penetrate cleanly. Several of the arrows even penetrate through the shield and chainmail without issue, driving deep into the faux soldier arm. (A.k.a. the bloody leg of pork.)

Despite its lack of stopping ability, however, it’s still obvious a shield would’ve been very useful in battle. Even with Tod’s direct hits, the shield keeps arrows away from where a person’s body and face would be. Although direct hits to the arm still look like they’d render enemy soldiers inoperable. 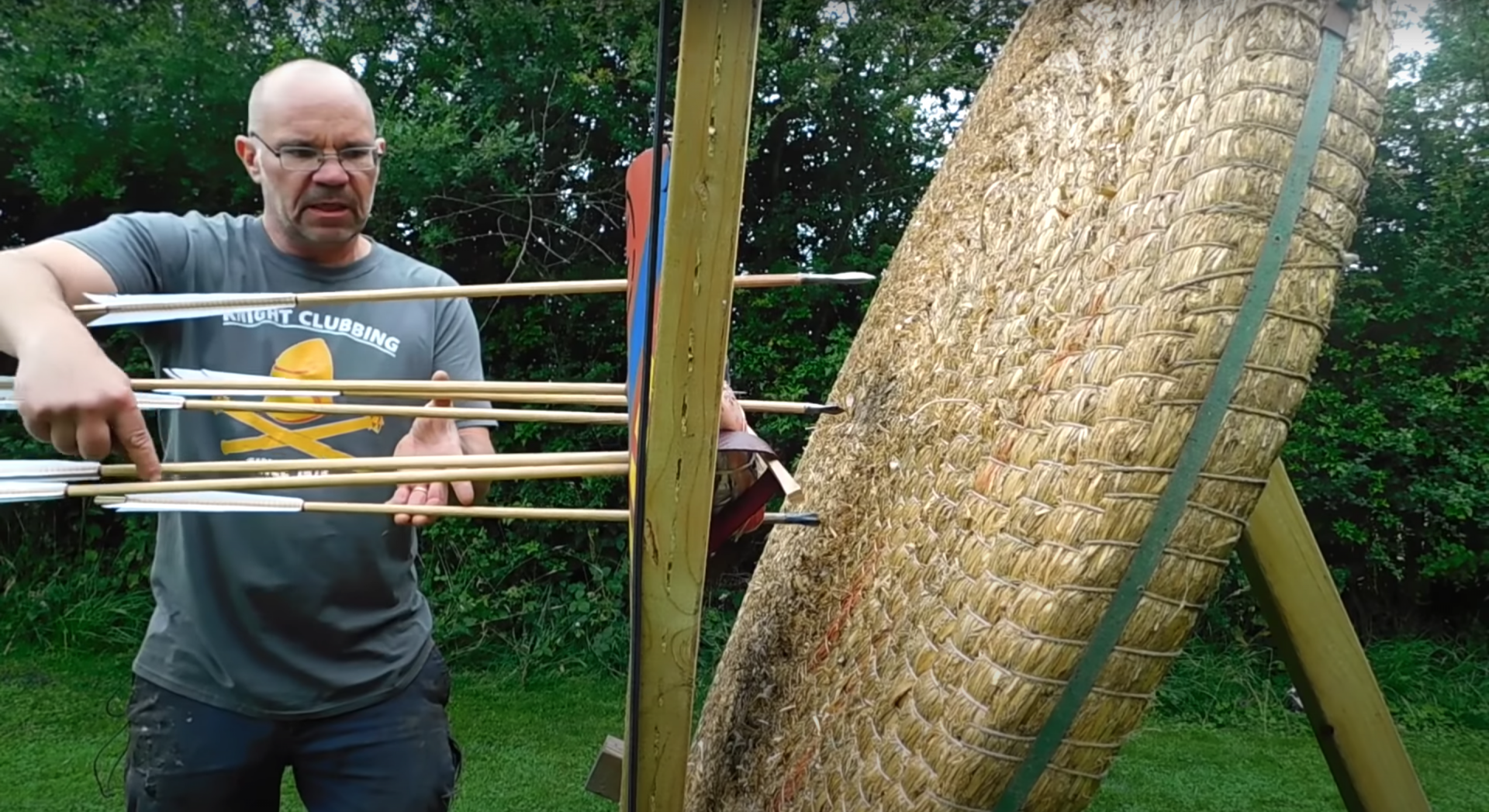 For those who still want to imagine themselves as being impervious in their fantasy medieval battles, try picturing plate armor. Tod and other experts performed this same kind of test with the formidable steel gear and it held up admirably. And looked pretty spiffy to boot.

What do you think about this medieval shield versus English longbow test? Do medieval shields seem more or less effective to you now? Fire off your thoughts in the comments!