Burger King announced a new eco-friendly initiative earlier this year. The company will reduce its methane emissions by changing its cows’ diets. Now its chief rival in the fast food wars is working towards needing less cows entirely. McDonald’s will test its very own plant-based meat, one that will only be sold in its restaurants. Its name? McPlant.

The fast dining behemoth first told USA Today it plans to begin selling its new McPlant sandwiches in stores. The plant-based meat will be available in various markets around the globe starting some time next year. “McPlant is crafted exclusively for McDonald’s, by McDonald’s,” said Ian Borden, the president of the company’s international business, during an investors meeting. The newest entry into the growing plant-based fast food market field will be its own original item. However, the McPlant is a joint venture. It is being made in conjunction with Beyond Meat.

Previously McDonald’s tested a meat-based burger in Canada, but this is an all new product, eh. 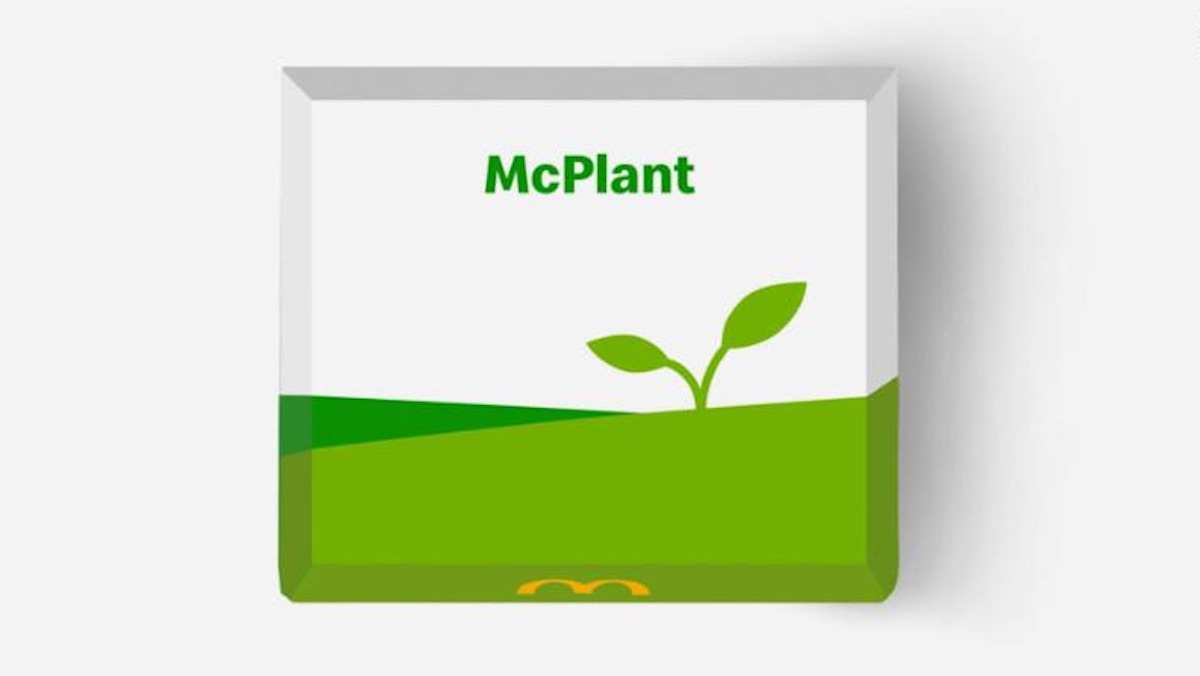 Borden also indicated that if the program proves successful the McPlant option will expand beyond just the company’s burgers. “In the future, McPlant could extend across a line of plant-based products including burgers, chicken substitutes and breakfast sandwiches.” Hey hey, vegetarians! You could soon have plant-based chicken McNuggets.

McDonald’s shared the news as part of its “Accelerating the Arches” growth strategy. That will also include all new, simplified packaging and a renewed commitment to the chain’s “core menu.” But while the McPlant does not seem to be a response to Burger King’s methane-cutting program, it could still help fight climate change. If the McPlant proves successful with customers, especially if it grows to the company’s chicken and breakfast options, McDonald’s could greatly cut back on its meat production. That would also help be a huge McHelp to slowing global warming.