Kentucky Fried Chicken, the fast food chain that apparently has no issue experimenting with chicken, is offering plant-based “chicken” nuggets again. This time around, you can get them at select Southern California locations for a limited time. On top of that, KFC also says it’s developing “the world’s first laboratory-produced chicken nuggets” in Russia. 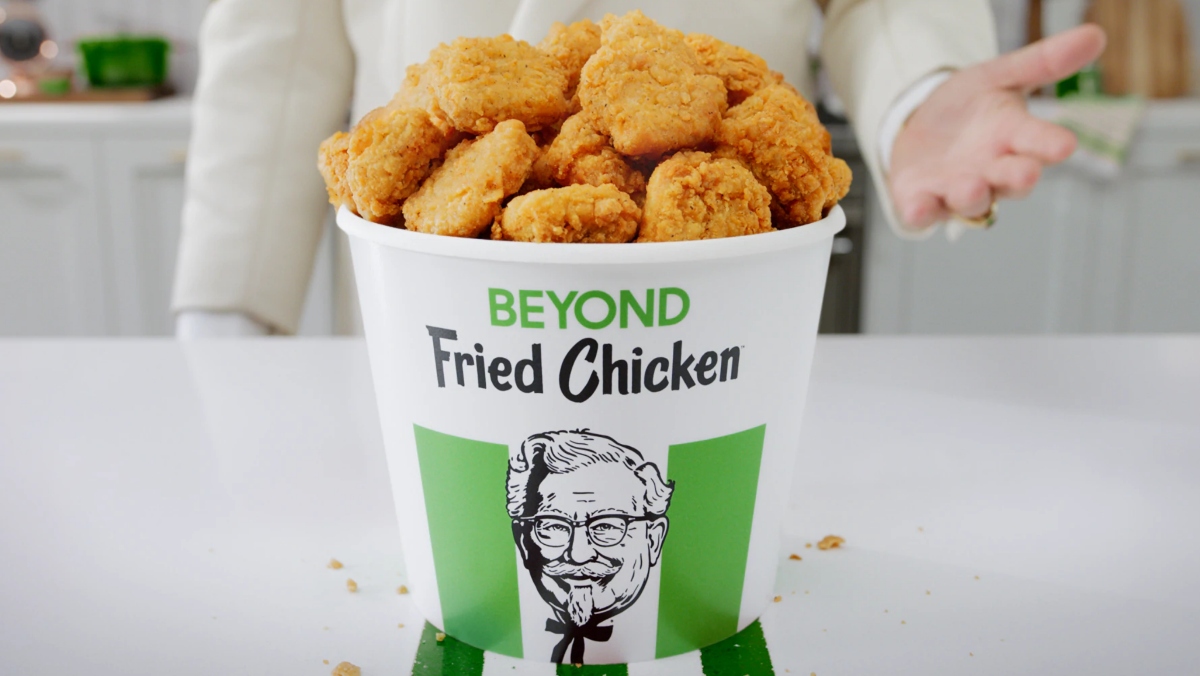 KFC announced its new endeavors in two press releases simultaneously released on July 16. Beyond Meat, the company with which KFC has teamed up to make the plant-based nuggets, made the announcement about the trial run in California. That begins on July 20 in L.A., Orange County, and San Diego, and will continue on while supplies last.

For those unfamiliar, Beyond Meat is a Los Angeles-based company that produces plant-based meat substitutes. Beyond Meat uses proteins isolated from peas, rice, and mung beans, combined with other vegan ingredients, to make its faux meat. In the case of the KFC nuggets, it’s not exactly clear how the C is being KF’d, but KFC does note the nuggets aren’t technically vegan or vegetarian, as they’re fried in the same oil as their regular fried chicken.

In regards to the bioprinted nuggets KFC is exploring in Russia, the restaurant chain noted in a press release (via Futurism) that it is investigating an “innovative 3D bioprinting technology to create chicken meat….” KFC has partnered with the Russian tech company 3D Bioprinting Solutions to make the new type of chicken nugget out of chicken cells and plant materials. In the below video, Solutions demonstrates how it makes a 3D-printed, edible faux squid.

Looking forward, it’s easy to imagine KFC rolling out its Beyond Meat nuggets to more locations as well as permanently. Beyond Meat is already sold in grocery stores across the U.S. and there are numerous benefits to using plant-based chicken over the real stuff. The bioprinted chicken nuggets in Russia, however, will probably take longer to roll out.

This is squid-shaped bioprinted product, which tastes accordingly, made from specialized bioink and fish cells. We designed it together with Berezutsky brothers, the founders and chefs of Twins Garden, the world's 18th best restaurant. https://t.co/rd2ttI19Hj

What do you think about plant-based KFC chicken nuggets, as well as the potential of bioprinting them? Let’s run a real poll on these two types of fake nuggets in the comments!