MASTERS OF THE UNIVERSE Should Be a TV Show, Not a Movie - Nerdist

MASTERS OF THE UNIVERSE Should Be a TV Show, Not a Movie

The big screen Masters of the Universe movie seems to be cursed. Sony’s adaptation was given a release date of March 5, 2021 only a few months ago. But it was recently revealed by The Wrap to have been pulled from the schedule, and replaced with the Uncharted movie. No new release date has been given for the film, even though actor Noah Centineo was recently cast in the lead role of He-Man. This news is all giving a bit more credibility to the rumors that emerged in The Hollywood Reporter last year that the Masters movie is skipping a big screen release entirely and is instead going to debut as a Neflix movie.

Given that Netflix has ordered two different He-Man cartoons—one from Kevin Smith, and one  aimed at a younger audience—it makes sense that Mattel and Sony might want the streaming giant to be the home of all things Grayskull from now on. But while a movie going to Netflix is probably a wise move, a movie is not necessarily the way to go. Masters of the Universe should instead become an episodic live-action series on the platform. 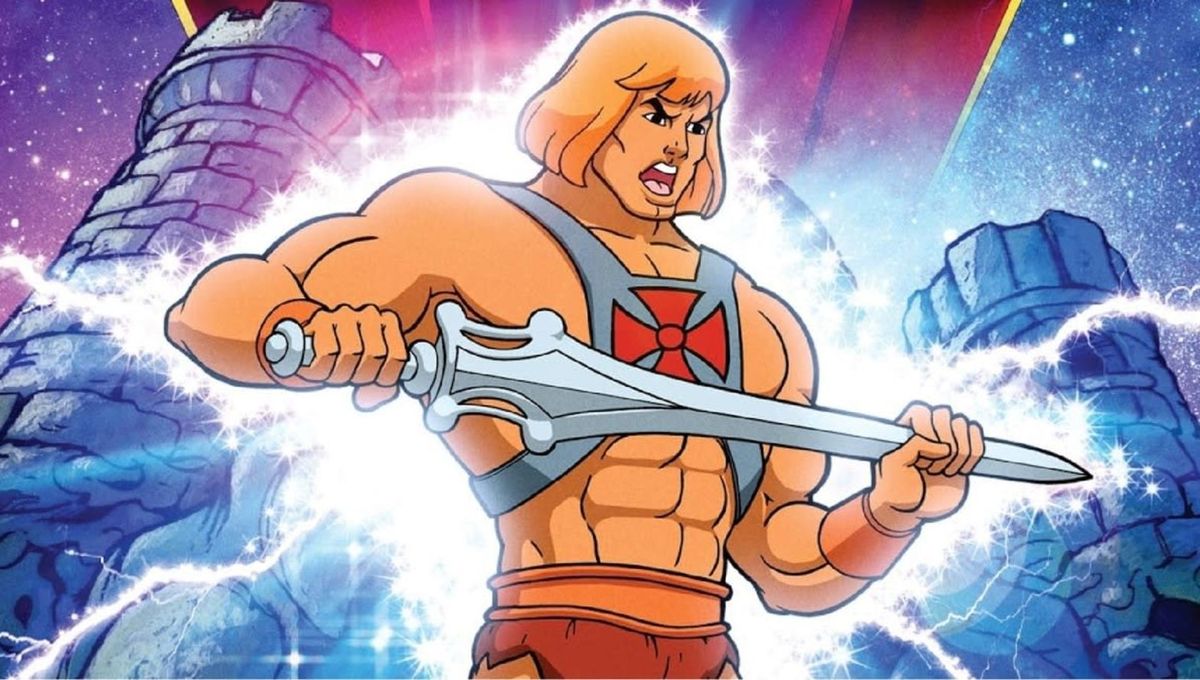 The Masters mythology is pretty expansive, especially for a property that really only had a relatively brief pop culture dominance. The original toy line ran from 1982 to ’87, while the original He-Man and the Masters of the Universe cartoon show only had two seasons. Which, to be fair, were re-run in syndication for years.

The toys’ and show’s mythologies differed greatly at times, and since the toy line ran longer than the cartoon show, there are elements from the toys that the classic Filmation series simply never got around to. But a live-action series could incorporate all aspects of the Eternian mythos.

Whether it turns out great or terrible (like the Masters of the Universe film from the ’80s was), the truth is that a He-Man movie with a two hour runtime is going to focus on just the heavy hitters: He-Man, Teela, Skeletor, Evil-Lyn. A ton of fan favorites from the cartoon and toy line would end up left out. 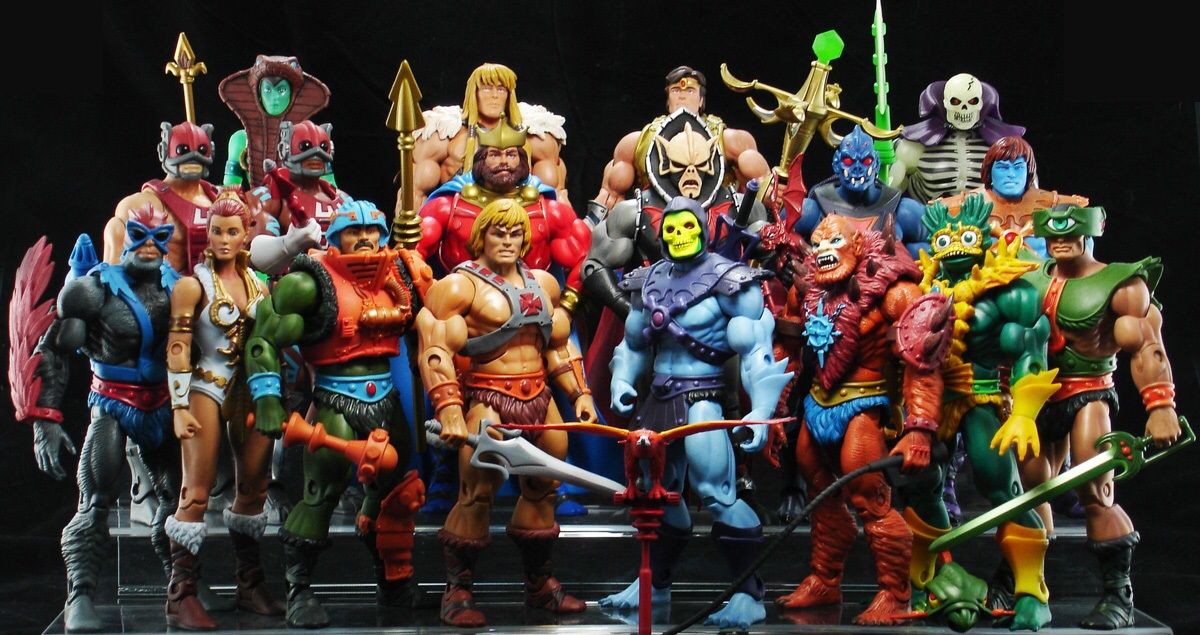 On a show, you have hours upon hours to explore all the beautiful craziness of this franchise in detail. There were over 60 action figures in the original toy line. If you reinvented this property as a live-action series, you might actually see some of the wackier characters come to life. Like half-man/half-bee Buzz-Off, or the Snake Men, or even Stinkor—the guy whose super power was smelling bad! Chances are, none of these guys would make the cut in a movie, unless that movie was so successful it spawned a franchise. But that’s always a big “if.”

Once upon a time, I would have said that Masters was simply too elaborate a fantasy world to be properly realized in a live-action series. But just this past year, Netflix spent real money on fantasy epics The Witcher and Dark Crystal: Age of Resistance. Both of those series spared no expense at creating vibrant fantasy worlds on screen. If they can do it for those properties, nothing is stopping them from doing the same for Masters of the Universe. 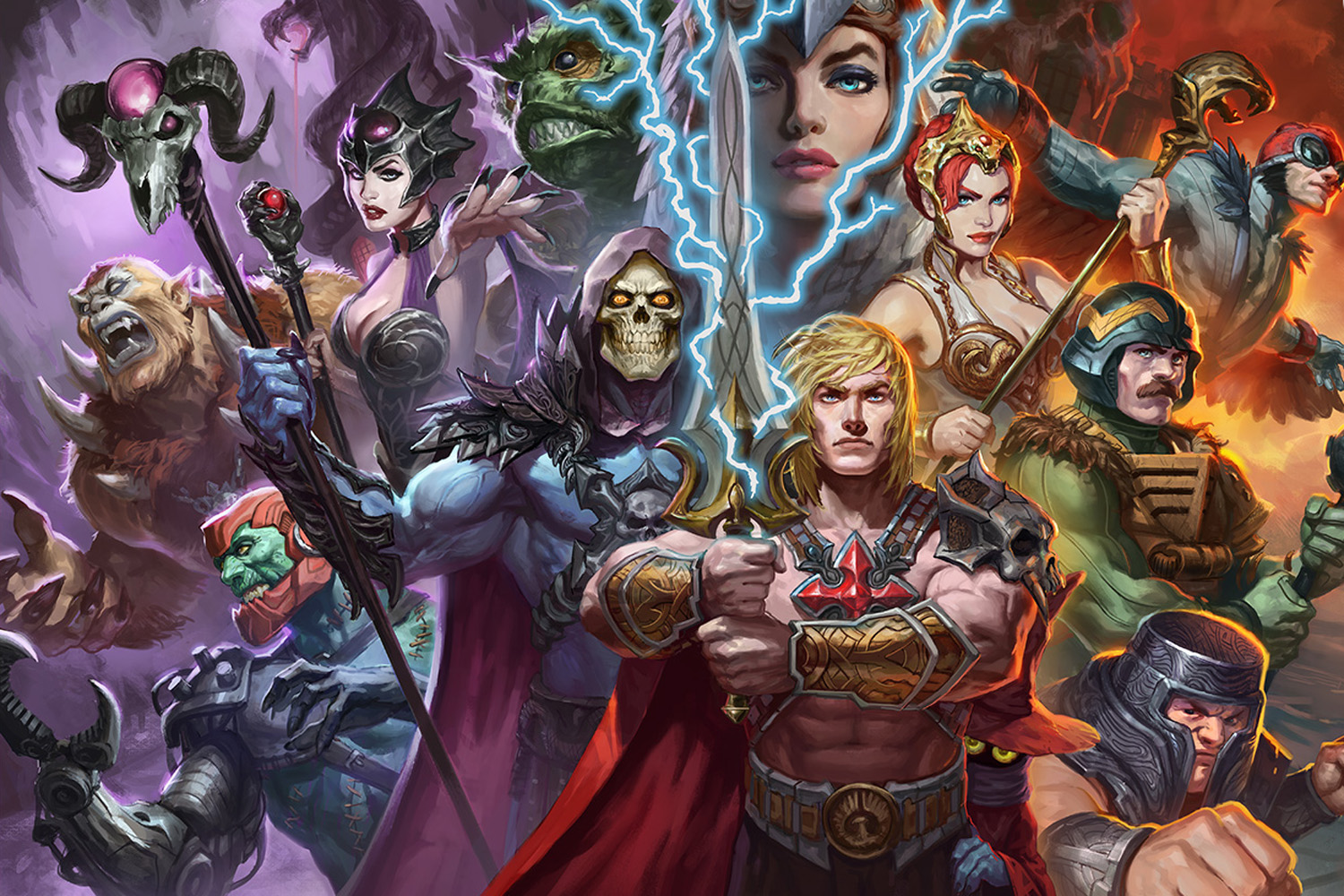 A series also offers the creators a chance to go a little bit darker. There shouldn’t really be an R-Rated He-Man per se, as this is a property originally designed for kids. But a movie in theaters would have to push the “fun for the whole family” aspect extra hard to make it a four quadrant blockbuster, and become profitable for the studio. A series, on the other hand, has a little more leeway, and can push the horror design aspects of the villains a little more than a movie could. Besides, with a new animated reboot aimed squarely at kids, maybe Netflix wants to have a He-Man option for the now-adults who grew up with the original and want something nostalgic (but a little edgier).

There is proof that these characters could look super badass if done right. A couple of years ago, a concept artist named Paul A. Gerrard, who has worked on projects like The Hellboy reboot and His Dark Materials, created some astounding concept art for a live-action Masters of the Universe; a lot of these pieces were for deep cut characters that might not make the cut for a movie. Who wouldn’t binge-watch a show in order to see some of these designs brought to life? The series itself could be a stinker, but I’d still watch ’til the very end if only to see cool versions of Webstor and Hordak and Moss Man. 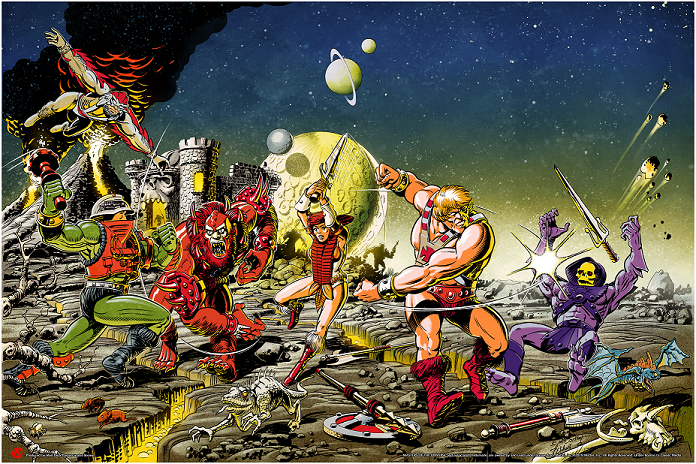 Masters of the Universe continues to hold sway in our collective memories. The adult collector’s toys have been selling to grown ups for years, as has the Funko Pop! line. A documentary about the legacy of the franchise called The Power of Grayskull was recently released (available on Netflix too, by the way), which displays how much power this brand still has over a generation. Now, all that’s left is for Sony and Mattel to do the right thing for the franchise. Here’s hoping they still “have the power.”