8 Essential, Weird HE-MAN AND THE MASTERS OF THE UNIVERSE Episodes - Nerdist

8 Essential, Weird HE-MAN AND THE MASTERS OF THE UNIVERSE Episodes

He-Man has long been a seminal Saturday morning kids cartoon. Though many of us weren’t even born during its original 1983 run, He-Man and the Masters of the Universe is still a massive cultural touchstone when it comes to classic animated adventures. As the series approaches its 35th anniversary this year, here are eight of the strangest and most surreal of He-Man’s hundred-plus episodes for your viewing pleasure:

“The Cosmic Comet” (Season One, Episode One) He-Man is beloved for many reasons. There’s the notoriously rushed production that caused the show to constantly recycle and recolor animation cells, giving it a unique and charming look. It’s also revered for its vision of a kid friendly techno-barbarian landscape. Yet another reason to appreciate He-Man is that for a kids show it often goes pretty hard sci-fi, like this episode where Skeletor teams up with a sentient comet. Out of this world, man. 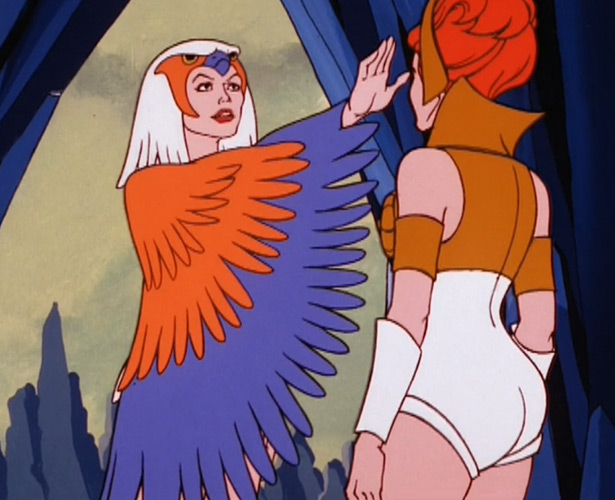 Teela is one of the best characters in He-Man; she’s the smart, sensible and often sexy counterpart to Prince Adam’s ridiculously hunky man child. In this episode, the creative team put the focus on Teela as she looks for her real mother. Though the reveal should have had huge implications on the character and the series–as Teela discovers her biological mother is Eternia’s “The Sorceress”–the show never once brings it up again, and everyone just goes on with their lives.

“Reign of the Monster” (Season One, Episode 16) One of the most fun He-Man episodes to watch as an adult, “Reign of the Monster” is a ridiculous romp that sees Skeletor steal the Staff of Avion to help free an evil monster called Molkrom from imprisonment. But the thing is, the staff is extremely phallic and Skeletor spends a lot of the episode using the Staff of Avion to shoot fireworks into the air. It’s all very rude looking, plus it has one of the best and infamously random He-Man PSAs of all time at the end in which, apropos to nothing, Orko tells viewers not eat strange fruit as it may be poisonous. With over 120 episodes of He-Man released in just under two years, you’ll find some seriously strange episodes that don’t seem to have an impact on the series at large. One of my all time faves is “The Royal Cousin,” in which Prince Adam’s super annoying cousin Jeremy comes to town and causes all kinds of mayhem, including unintentionally teaming up with He-Man’s secondary big bad, Evil-Lyn. It’s a great example of the fantastic humor that can be found in He-Man as we watch his young, not so bright cousin wreak havoc on–and almost doom all of–Eternia. Ever wanted to see He-Man team up with a really creepy insect man called Garth? Then “Eye of the Beholder” is the episode for you. After a drought, Prince Adam becomes weak and machinery mysteriously fails, so he must discover why with the help of his new pal Garth. Of course Skeletor is behind it all, and for some reason Garth goes in some mysterious water and becomes human again. It’s super odd and has another memorable but strange PSA which sees Teela tell audiences the lesson of the story is that “ugly people can be the most beautiful to know.” 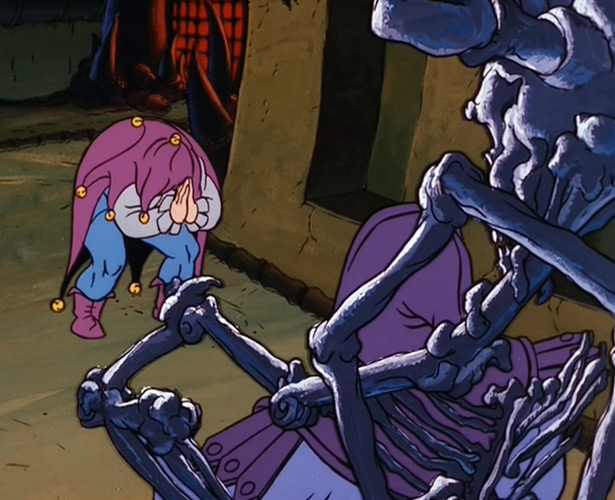 As the second season picked up the baton and ran with the concept, things became noticeably looser. While early episodes of the series attempted to establish a fantastical world where Skeletor tried to undermine the authority of Eternia’s monarchy, later episodes of the second season simply built upon the original premise with increasingly silly conceits. There’s something so hilariously pure about “The Toy Maker.” It’s about a toy maker who really wants to impress Skeletor with his creepy toys. Ridiculous, simple, and splendid. “Here, There, Skeletors Everywhere” is definitely one of the funniest episodes of He-Man that also happens to hold the honor of best He-Man episode title. The episode sees Man-At-Arms build a duplicating machine that eventually falls into Skeletor’s hands. He makes an army of tiny Skeletors called Skeletoids, flooding Castle Grayskull with the diminutive dupes. It also features another key He-Man trope: bizarre creatures that look like they’re designed for another TV show but inexplicably live on Eternia. This time they’re cuddly talking teddy bears who use green gems to turn invisible. Skeletor tricks Prince Adam into thinking he’s killed someone with the help of an evil goblin king in “The Problem with Power.” This is just as bleak as it sounds and leaves Prince Adam devastated at the thought of killing another human; he throws away his sword. Of course, our title character regains his courage–after getting caught in a giant spider web, naturally–and it ends with He-Man carrying Teela off into the sunset, getting their own happily ever after. But the PSA is the true end of this installment, where Man-At-Arms gives us some timeless advice: “It’s better to be safe than sorry!”

Season one of He-Man and the Masters of the Universe is streaming now on Netflix, and you can find most of season two on the show’s official YouTube channel. All of our essential episodes are available streaming on those two platforms.

Which of these classic kooky episodes will you be checking out? Do you have a favorite He-Man episode we missed? Let us know in the comments!