Engineer and YouTuber Colin Furze has a reputation for building devices and mobiles that are exceptionally dangerous to operate. Such as this spinning knife-belt, or this 360-degree backyard swing. Now, Furze has gone medieval on a DIY project, and created a “massive” trebuchet. One that can launch… washing machines.

Furze recently posted footage of his trebuchet to YouTube channel, noting that he and his crew made the slinger as large as possible. The space of Furze’s warehouse set size limits on the the anachronistic siege engine, but it’s still clearly a beast.

For reference, Furze parked the trebuchet next to a two-story home (below), and even in its loaded position, matches up with the home’s roofline. The trebuchet is also approximately two tractors long and weighs enough that it needs to be pulled by tractor. 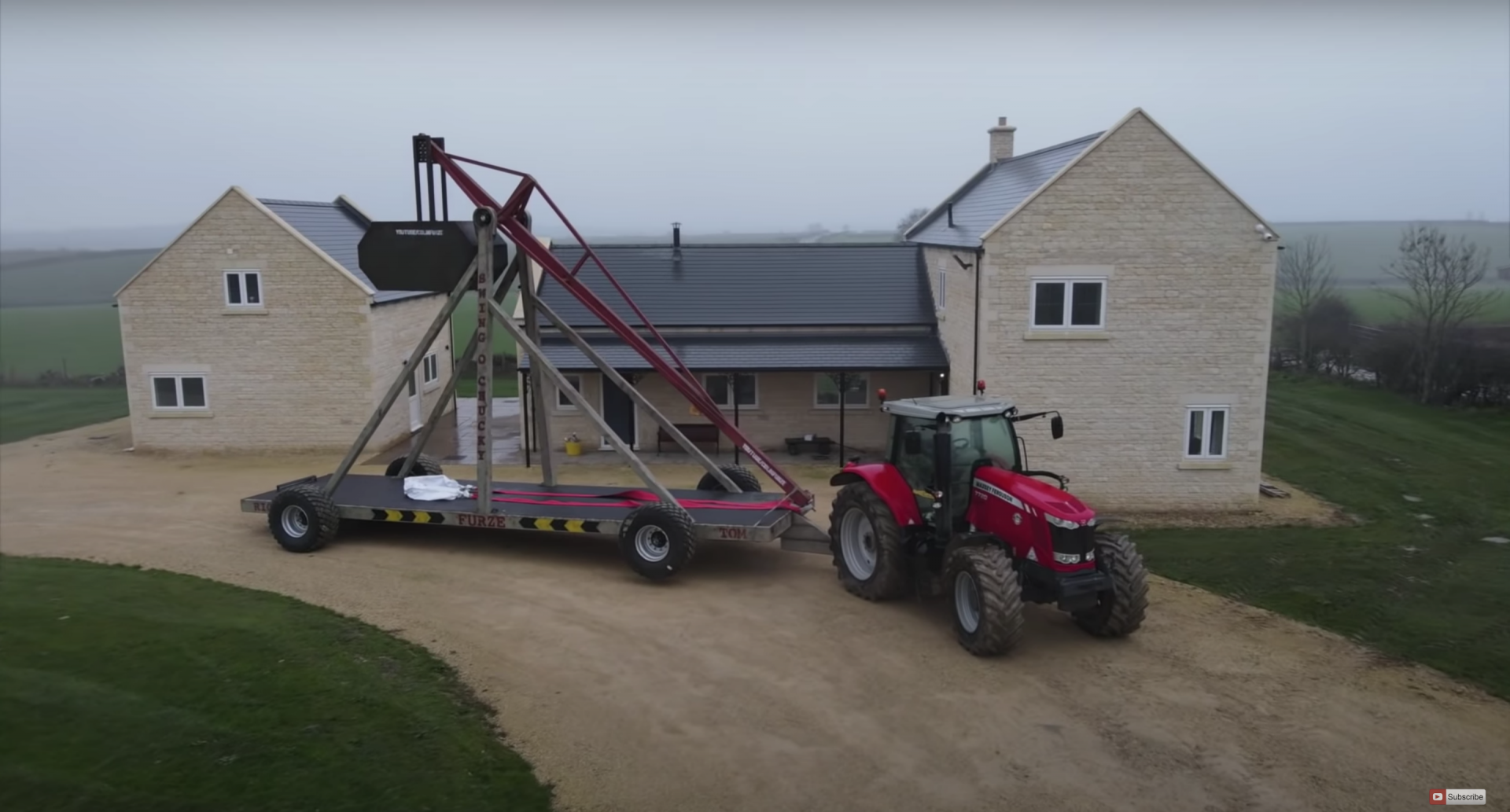 The video features a series of test-runs, utilizing various types of ammunition; if you can call it that. Furze and his team load up heavy blocks (apparently iron ones), a bike, washing machines, and various other items, and fire them off in a large open field. Furze lives in Lincolnshire in the UK, and it looks like he just had to drive down the road to find a piece of land large enough for testing.

As far as the efficacy of the trebuchet, it’s not bad, considering this is its first test. The highlight throw is of an iron block at around minute five. The block soars through the air, ultimately traveling approximately 800 feet in distance. The block also sails at a few hundred feet above ground level, which is a dizzying height. Literally, thanks to the video’s ample drone photography. 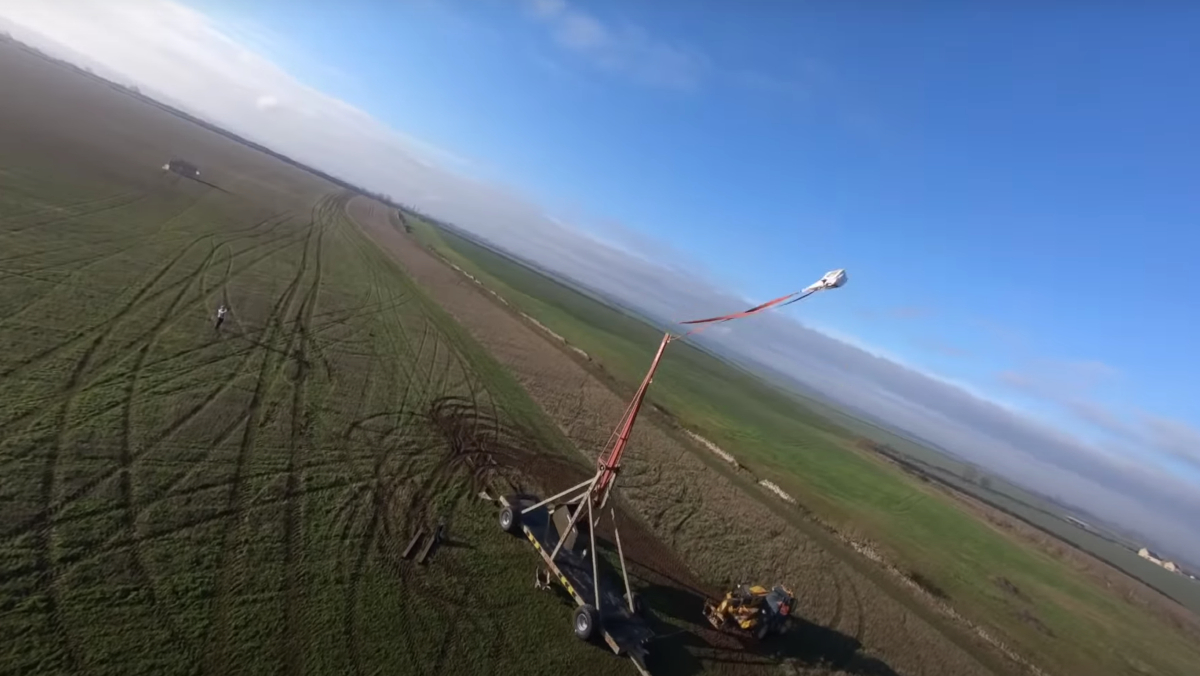 For those wondering, trebuchets, which make use of the mechanical advantage of a lever to throw a projectile, were commonly used against castle defenses, and in battle, until the advent of gunpowder. (With the first one appearing more than 2,400 years ago in China.) Operators would often load up the trebuchets with stones, and fire them at fortifications. We imagine, however, medieval siege engineers would’ve been too taken with the magic of a washing machine to launch it, however.