Stunning video of the moment the Arecibo Observatory telescope platform collapsed and smashed into the dish:

The Arecibo Observatory has collapsed. The massive tool fell onto the dish below. And the NSF shared videos capturing the moment (one courtesy of an installed camera and one from aerial drones). The above video shows the cables as the instrument crashes below. No one was hurt in this incident.

The Arecibo Observatory in Puerto Rico, made famous in the films GoldenEye, Species, and Contact, is set to be demolished. Engineers have decided to destroy the 1,000-foot-wide radio telescope due to damage. It’s not necessarily irreparable, but it would endanger lives to fix. Which makes sense, as we’ve all seen what happened to Alec Trevelyan when he fell into that sucker in the James Bond film.

Following engineering assessments concluding damage to Arecibo Observatory cannot be addressed without endangering the lives and safety of crew and staff, NSF plans to decommission the 305-meter telescope: https://t.co/En0S7OOhY4 pic.twitter.com/bB70XNud0v

In a press release, which comes via Gizmodo, the National Science Foundation (NSF) announced the forthcoming demolition. Originally, engineers had actually planned on repairing the telescope back to normal functionality. But after multiple cables holding the telescope in place failed—successively—the engineers switched plans.

“Leadership at Arecibo Observatory … did a commendable job addressing this situation, acting quickly and pursuing every possible option to save this incredible instrument,” Ralph Gaume said in NSF’s press release. Gaume, the director of NSF’s Division of Astronomical Sciences, added that “in the end, [however,] a preponderance of data showed that we simply could not do this safely.” 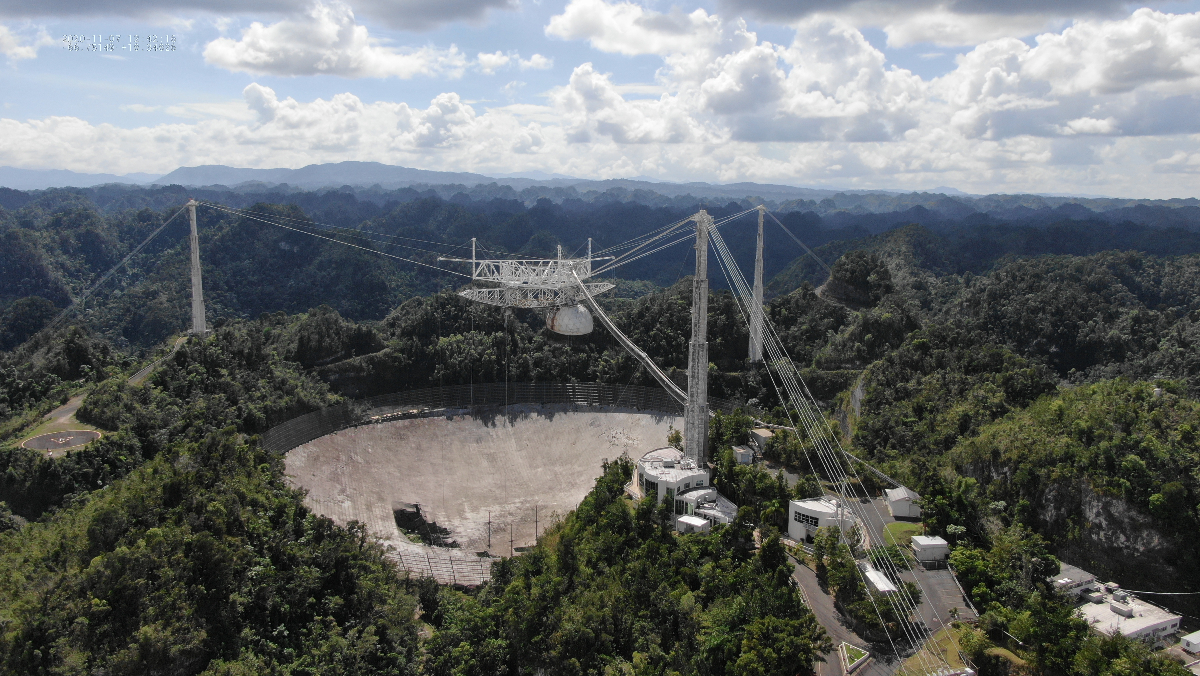 In the images above, you can see the series of cables holding up the telescope’s 1.8-million-pound receiver. (For reference, a 747 weighs approximately 735,000 pounds.) Apparently, one of the auxiliary cables connecting the receiver to three gigantic concrete towers surrounding it broke in August of this year. Then, during the process of fixing it, another one unexpectedly broke as well.

Looking forward, engineers and observatory officials say they want to preserve as much of the telescope’s peripheral assets as possible. Although we can’t imagine its gigantic dish will remain in place. And certainly not the receiver that hangs 450 feet above it. But while it’s time to say goodbye to the Arecibo Observatory, we can still celebrate its greatness. Not only by reflecting on all of its contributions to radio astronomy and atmospheric science, but also its film career. In that spirit, below is a clip from GoldenEye featuring the soon-to-be-gone beauty.