Marsquakes Seem to Prove That Mars Has a Molten Core - Nerdist

Marsquakes Seem to Prove That Mars Has a Molten Core

Like a symbiote on Peter Parker, humanity’s space rovers are now crawling all over Mars’ surface, looking for ways to map and understand the planet. One such robo-explorer, InSight, has been studying Mars’ interior since it landed in November 2018. Now scientists say that the “marsquakes” that it has detected during its tenure so far support the idea the planet has a molten core. Which is cool, but we were still hoping for underground aliens. 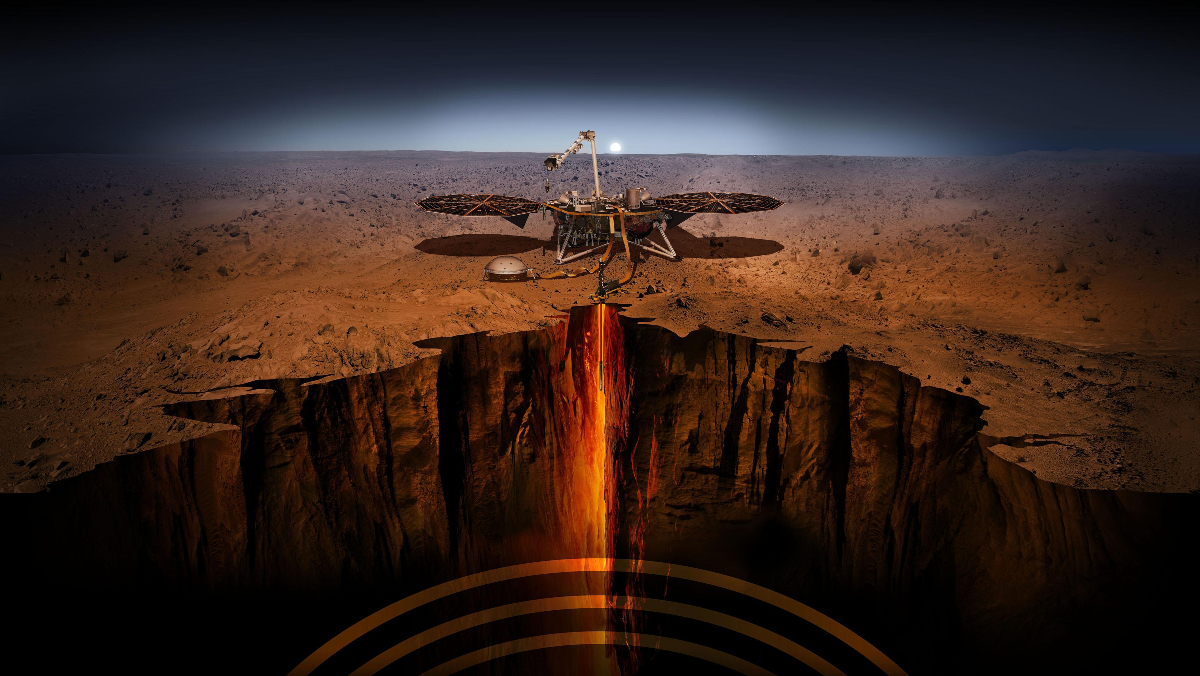 CNET reported on the marsquake data that scientists have now compiled and outlined in a series of three papers. The team, consisting of researchers from around the globe, used each paper to describe a different substrate of the planet, including its crust, mantle, and core. NASA notes that, like Earth, Mars has gone through a process of differentiation. Meaning the planet is separated into distinct layers.

The scientists used InSight’s seismometer—the Seismic Experiment for Interior Structure, or SEIS—to study Mars’ layers. The device, which looks like a huge cooking pot, works as a “stethoscope” for sensing the “heartbeat” of the planet. The stethoscope in this case being a system of three weights suspended like a pendulum that can detect vibrations and the heartbeat, seismic shudders in the planet’s core.

As for the data InSight collected, they apparently point to Mars having a molten core. Insight recorded 733 unique marsquakes (so far), including 35 specifically discussed in the papers. And while they were subtle—at only 3.0 and 4.0 on the Richter scale, or “very light”—the quakes’ seismic waves still gave off different wave signatures depending on which type of material they traveled through. In this case, the quake waves appeared to travel through a thinner crust than expected. As well as a molten core with a radius of approximately 1,137 miles. And a mantle that extends nearly 1,000 miles deep between the planet’s skin and heart.

I’ve been listening carefully to Mars for over two years, and have detected hundreds of quakes. Join my science team for a live chat Friday, July 23 at 9 a.m. PDT/12 p.m. EDT, to hear what they’ve discovered. https://t.co/Nvk9AfSAKu

“It took scientists hundreds of years to measure Earth’s core; after the Apollo missions, it took them 40 years to measure the Moon’s core. InSight took just two years to measure Mars’ core,” Simon Stähler of the Swiss research university ETH Zurich and lead author of the core paper said in a NASA release. Which means whatever planet core we learn about next should only be a few weeks away.