The European Space Agency (ESA) has just announced that its ExoMars Trace Gas Orbiter (TGO) has identified a long-suspected “green glow” around Mars. The green glow is due to the interaction of sunlight with atoms and molecules in Mars’ atmosphere. To date, we’ve only observed the phenomenon around one other planet: Earth. Now, the scientists who’ve discovered the Red Planet’s green glow say it could help us better understand the planet’s atmosphere. And how to land safely on its surface. 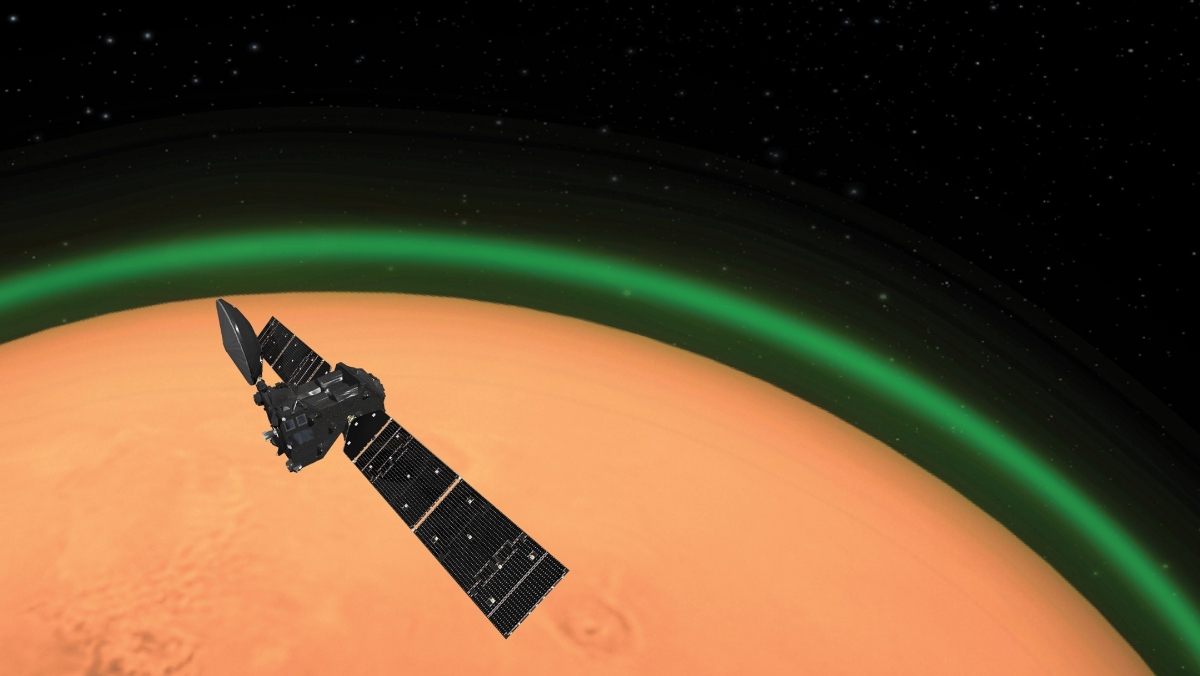 An artist’s illustration of the green glow around Mars. ESA

Futurism reported on the finding, which was outlined in a paper recently published in the journal, Nature. According to the paper, this discovery marks the first time scientists have observed the “day glow” and “night glow” that generate the “green line” around Earth around Mars. Or any other planet. The discovery also stands as long sought-after confirmatory evidence of predictions regarding the Martian atmosphere, which date back 40 years.

“Previous observations hadn’t captured any kind of green glow at Mars, so we decided to reorient the UVIS [aboard the TGO] to point at the ‘edge’ of Mars, similar to the perspective you see in images of Earth taken from the ISS,” co-author of the study, Ann Carine Vandaele of the Institut Royal d’Aéronomie Spatiale de Belgique in Belgium, said in an ESA press release. The UVIS is the “ultraviolet and visible spectrometer”. It serves as one observational tool aboard the TGO’s “NOMAD” suite of instruments. 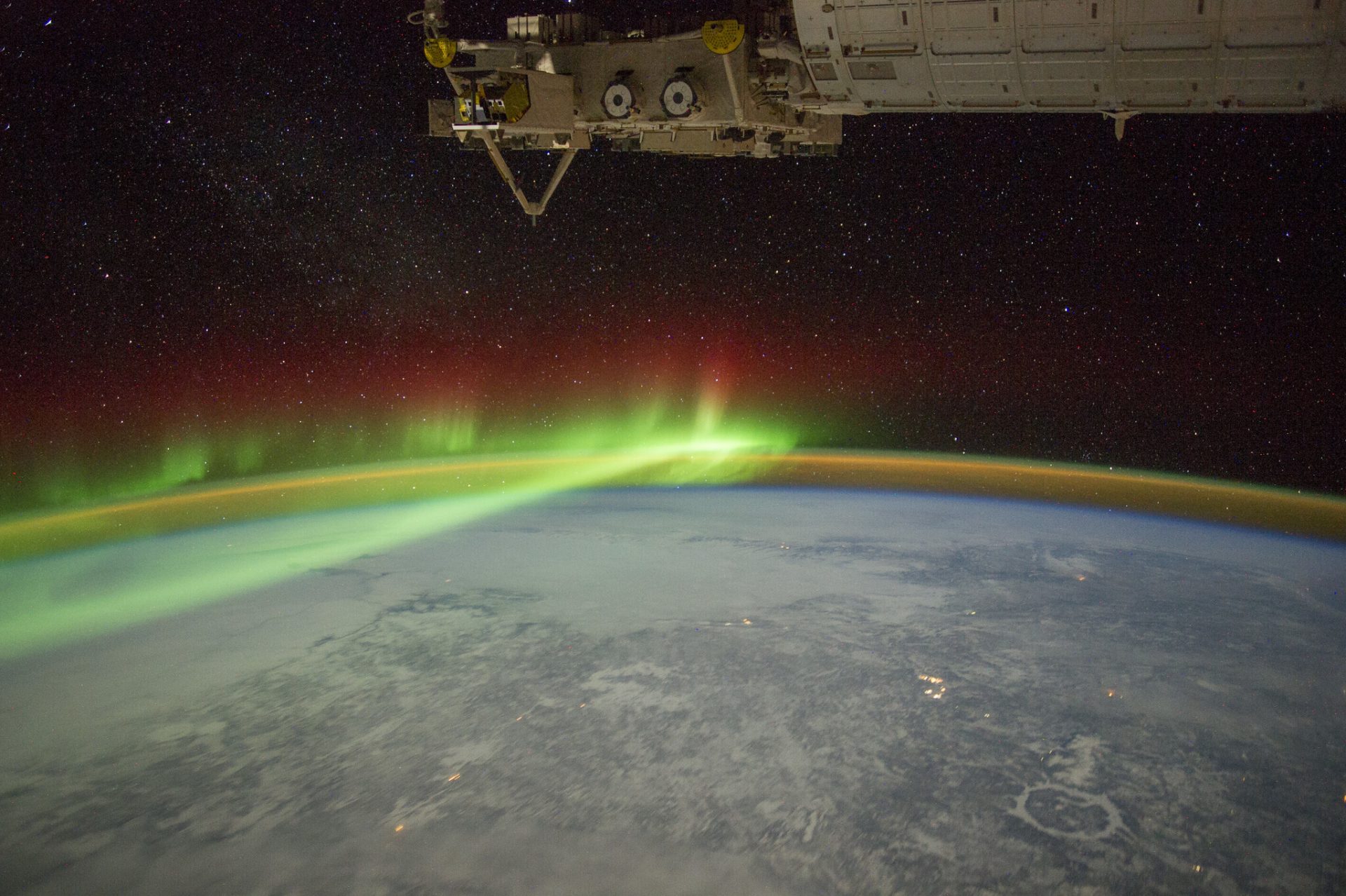 The green glow around Earth. NASA

The green glow the TGO observed is the result of two different processes occurring in Mars’ atmosphere. The day glow occurs when sunlight directly excites atoms and breaks apart molecules in Mars’ thin atmosphere. The break-up of CO2 is most likely a big reason for this glow. The night glow, on the other hand, occurs when disintegrated molecules recombine. (Light energy is released in both the disintegration and reformation processes, much of which is in the visible part of the electromagnetic spectrum, at the wavelength we perceive as green.)

The data show this oxygen green 'dayglow' at #Mars is brightest at an altitude of 80 km, reaching a second peak around 120 km and dissipating above 150 km. Studying this glow can provide a wealth of information about the composition and dynamics of the martian atmosphere #ExoMars pic.twitter.com/ux8I8mY2cV

Moving forward, scientists will look to use measurements of this green glow as a way to glean more information about the composition and dynamics of the Martian atmosphere. The ESA says that these measurements of the atmosphere will, in turn, be “key to [operating] the missions we send to the Red Planet” because of, for example, the way parachuting probes will experience drag. And anybody who’s interested in the potential for life beyond Earth most definitely wants those probes to land safely.

What do you think about the ESA’s discovery of a green glow around Mars? Do you think we’ll find some exoplanets with the same kind of luminous ring in the near future? Light up the comments with your thoughts, people!