Over the past year, as the pandemic has raged across the world, there have been a metric ton of PSA videos made to hammer home the importance of mask wearing. We’ve seen some featuring Halloween’s Michael Myers, and Friday the 13th’s Jason Voorhees. And eternally young person Paul Rudd also extolled the need for a mask while around others during this time. Well, you can now add Luke Skywalker himself to that list. The legendary Mark Hamill is adding his voice to the latest video promoting the importance of wearing a mask in public. And this one will bring on all the nostalgic childhood feels, as it is done in Dr. Seuss style. You can watch the full “Will You Wear a Mask?” video from Cartoonatics down below:

Via Laughing Squid, we discovered the new video “picture book,” done in the anapestic tetrameter style of the great Dr. Seuss. The illustrations are from Tom Reugger, a self-described “cartoon guy” who has worked for Disney. You might also know the name Tom Reugger based on his work on classics like Animaniacs, Pink and the Brain, and Tiny Toons. Both characters in this short are voice acted by Hamill, who is one of the greatest voice actors of modern times. And in our humble opinion, the GOAT of all on-screen versions of the Joker. 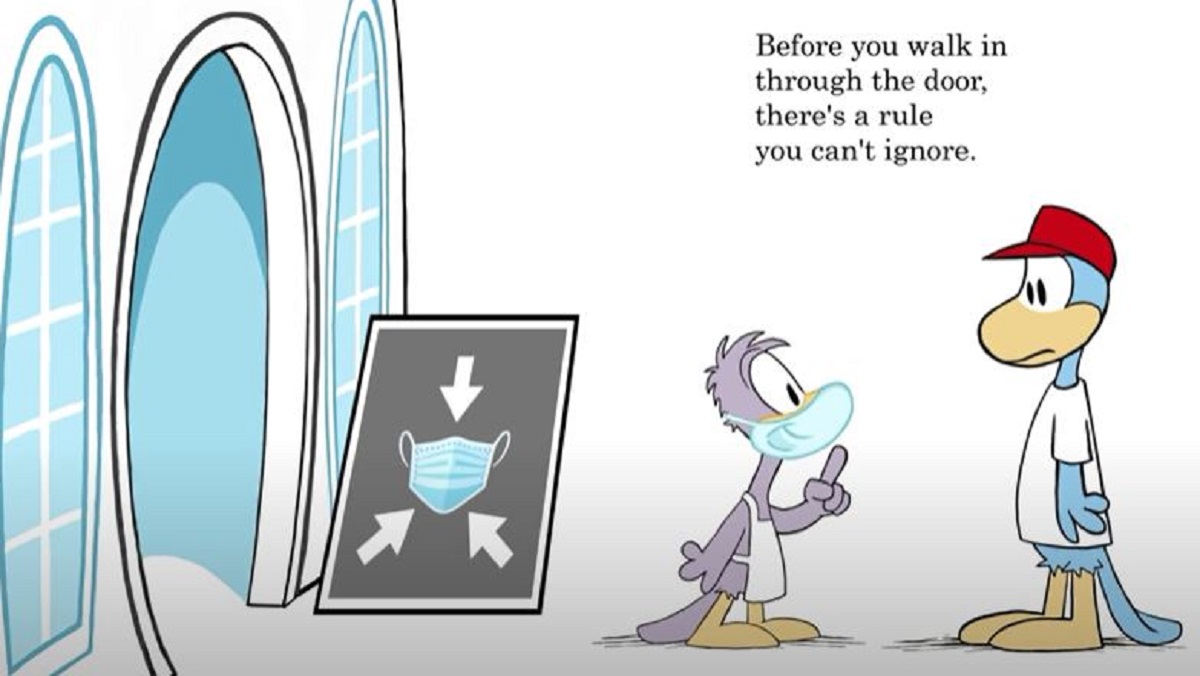 Sadly, most obstinate anti-maskers in the real world are less reasonable than the hat wearing critter in this video picture book. But like the real Dr. Seuss, this story gives us a more gentle and positive view of how humans actually interact with each other. Or, more to accurately, how anthropomorphic animals standing in for humans deal with each other.  By watching this charming video, you are contributing to a good cause. All proceeds from the video go to World Central Kitchen. Just don’t forget to wash your hands too. Or your paws.