by Eric Diaz
The Joker’s hatched several crazy schemes since his introduction in 1940. His plots range from murderous to plain wacky. We see echoes of a few of them in the trailer for the upcoming Joker film. Batman: The Animated Series showcased the best of Joker’s antics, but it’s not the only animated series to feature the villain’s mad machinations. Here are seven of Joker’s wildest and best schemes from Mark Hamill‘s brilliant portrayal of the Clown Prince of Crime in the DC Animated Universe. 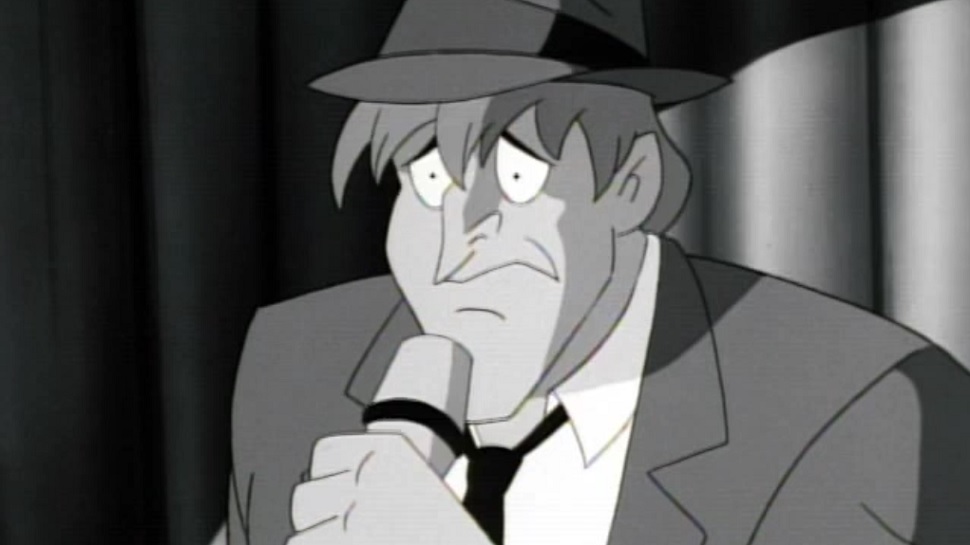 Joker’s origin changes from story to story. A common approach, however, depicts Joker as a frustrated comedian who never gets his big break. Because of this, he lashes out at the world. Todd Phillips’ Joker seems to take inspiration from this background. Batman: The Animated Series hints at this, too. We see Mister J brainwashing famous comedians into committing insane crimes in order to destroy their reputations. Those comedians are the same judges who dismissed the Joker from the Gotham Comedy Competition.

“Christmas with the Joker” (Batman: The Animated Series) 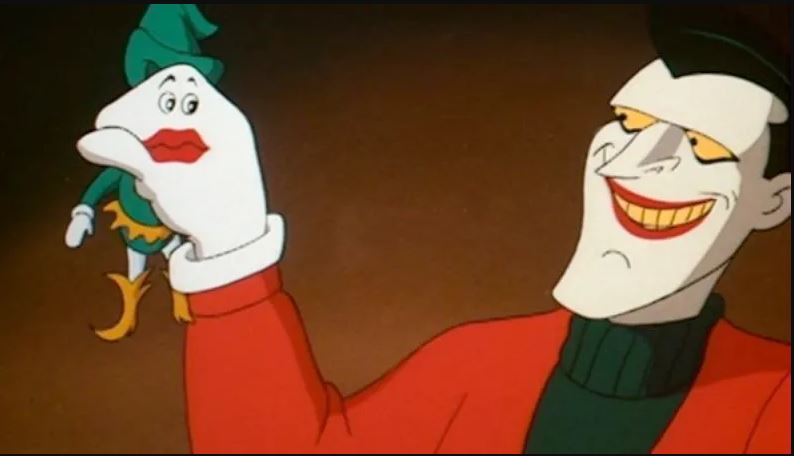 The Joker escapes from Arkham on a rocket inside of a Christmas tree early on in Batman: The Animated Series. He takes control of Gotham City TV and announces on-air that he is going to broadcast his assault on the city as a televised Christmas special. A couple of killer Joker robots and a derailed passenger train later, the Dynamic Duo captures Joker. The rogue damages the city, but he’s singing Christmas carols in a straitjacket by the end of the episode. 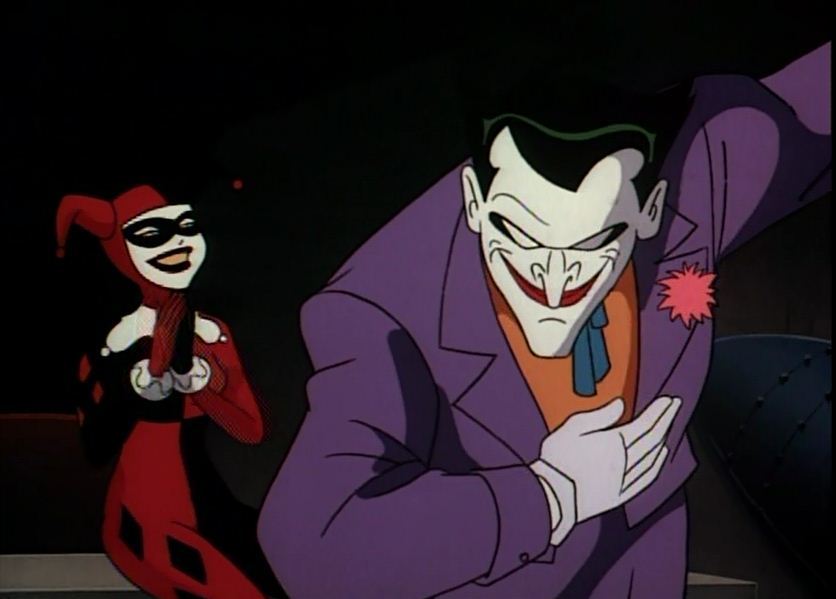 Joker has a long memory, and he’s willing to wait to deliver the proper punch line. When Charlie Collins, an ordinary guy, criticizes the Joker’s driving and yells at him, Mister J slaps back. He intimidates Collins into doing him a “small favor” at an unspecified time. Fast forward two years. Charlie and his family are in the witness protection program, but Joker finds them. He makes Charlie sneak a bomb into an awards ceremony honoring James Gordon. Joker places a cake with nerve gas in it on the scene, too.

This episode is best known for introducing Harley Quinn. 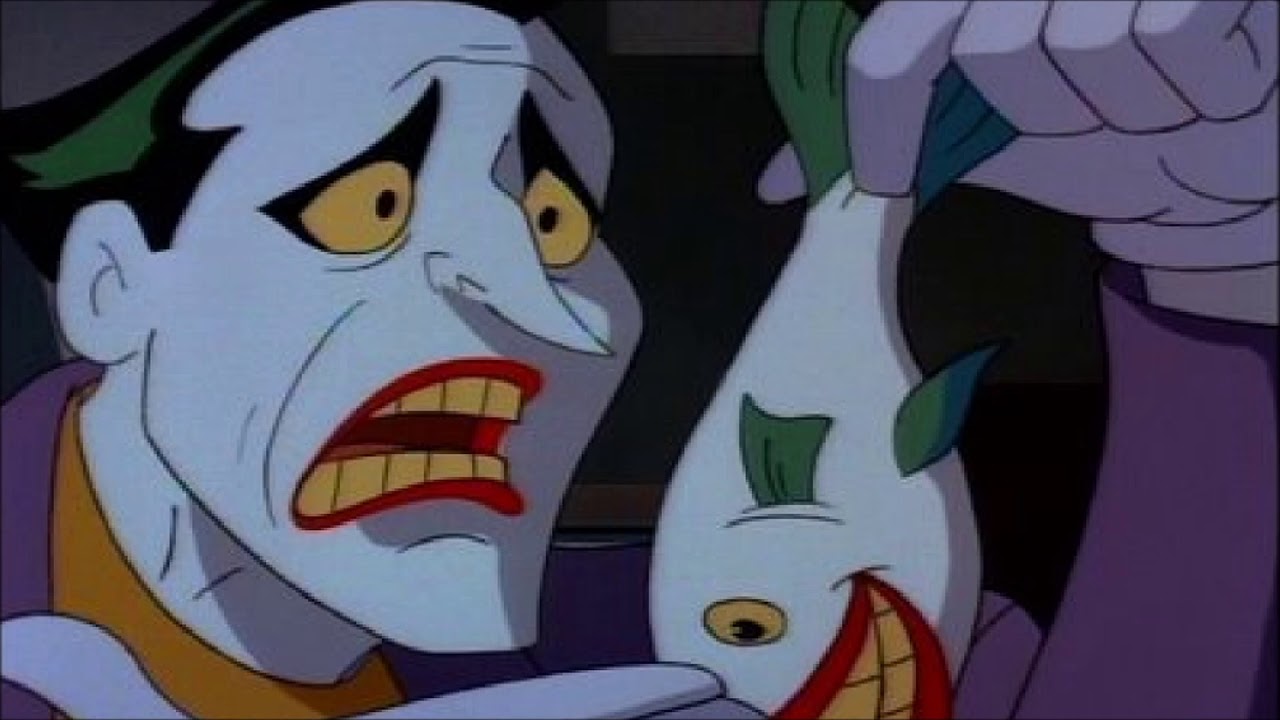 “The Laughing Fish” shows how warped the Joker’s mind is. Mister J uses his Joker toxins on fish in Gotham City’s harbor, mutating them to look like him. He wants to copyright the “Laughing Fish” and try to make millions off the patent. It’s a deranged plan that only the Joker’s mind would see as viable. Three different classic Joker comics from the ’70s inspired this episode. 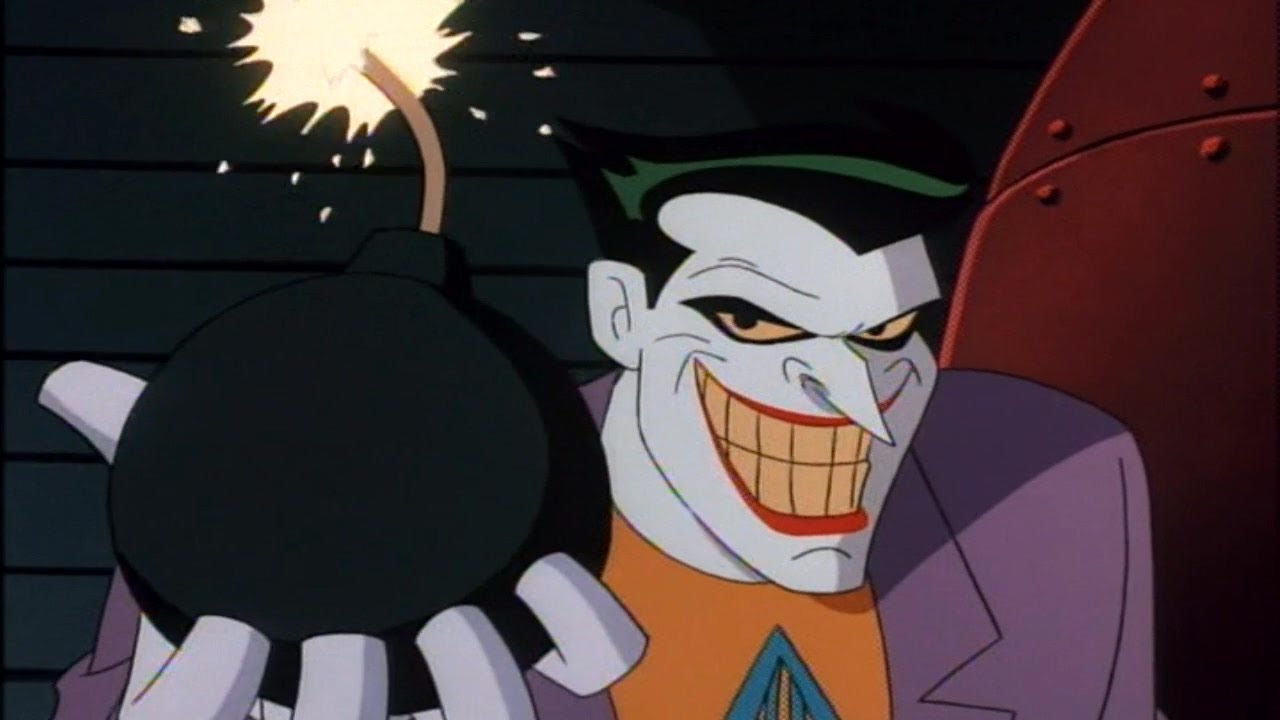 Most of Joker’s animated series devices involve petty crimes…and a lot of people laughing uncontrollably thanks to Joker toxin. But he stole an atomic bomb and planned to drop it on Gotham City. Batman enlists Harley Quinn to help him locate her Puddin’ in order to save the city. This takes the cake in terms of evil Joker schemes. 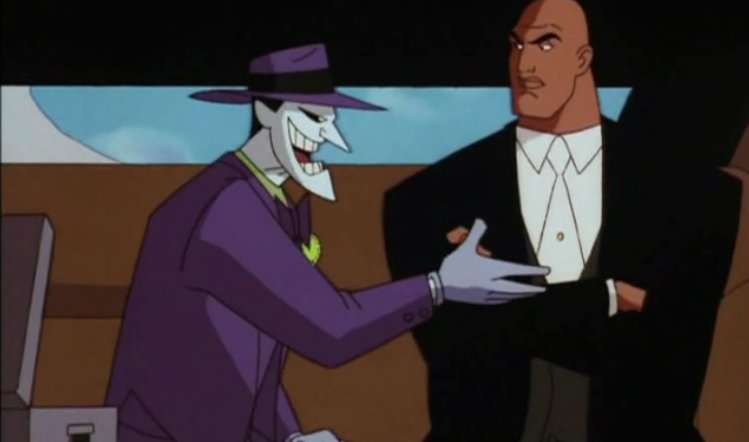 Joker thinks big in this episode, too. He steals a chunk of Kryptonite from a museum and offers to kill Superman for Lex Luthor for one billion dollars. Of course, Batman’s beaten Joker for years and the Man of Steel would do the same, but you can admire the Joker’s chutzpah. When Luthor betrays Joker, the Harlequin of Hate attempts to destroy Metropolis in a giant aircraft. This is Joker lunacy at its best. 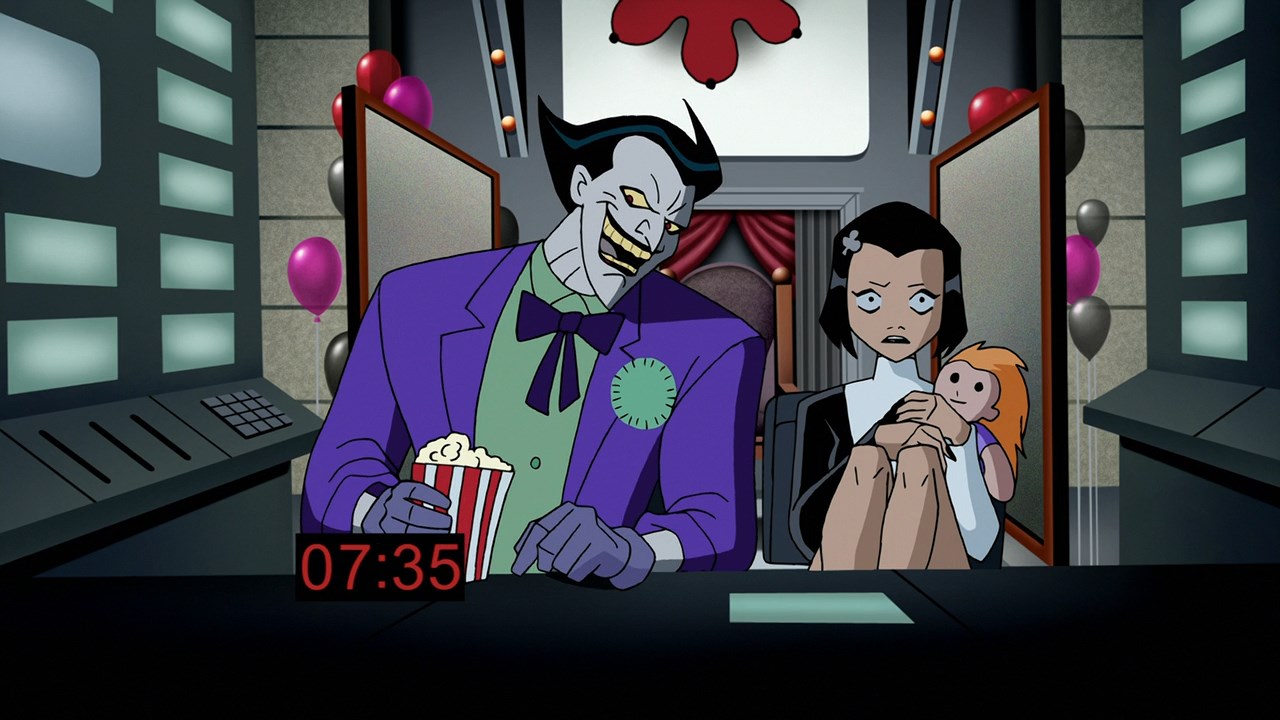 In this Justice League episode, Joker takes control of several TV stations in Las Vegas and announces he has planted a series of bombs that will destroy the Strip. They’re set to blow in within 22 minutes. Mister J keeps the Justice League distracted by sending his own metahuman superteam, the Royal Flush Gang, after them. This illustrates how a single insane clown can be a threat to a team with Superman, the Flash, and Wonder Woman on it.