How to Make Perfect McDonald's Hash Browns at Home - Nerdist

How to Make Perfect McDonald’s Hash Browns at Home

Nothing makes waking up as appealing as delicious breakfast foods. There’s just something about a tasty pastry or bowl of cereal that makes spending another day as a mortal coil seem just a wee bit brighter. Which is why it’s thrilling—even life-affirming!—to see how easy it is to make McDonald’s hash browns at home. (Also, somewhere, that guy from Big Daddy is smiling.)

Food guru, Ethan Chlebowski, created this sizzlin’ reel on how to peel and fry potatoes just like the McPros. Assuming the McDonalds staff does indeed peel the actual potatoes? We’re not sure and couldn’t confirm the exact cooking sequence; unlike the Big Mac, which has had all of its saucy secrets laid bare.

In the video, Chlebowski shows how to make the hash browns so they have the color, crispness, and even dimension of the real breakfast food. He’s also able to confirm, definitively, that deep frying—as opposed to shallow frying or baking—is the best way to make the pillowy potato slices. Which seems kind of obvious, but you never know considering what chefs can do with food these days. 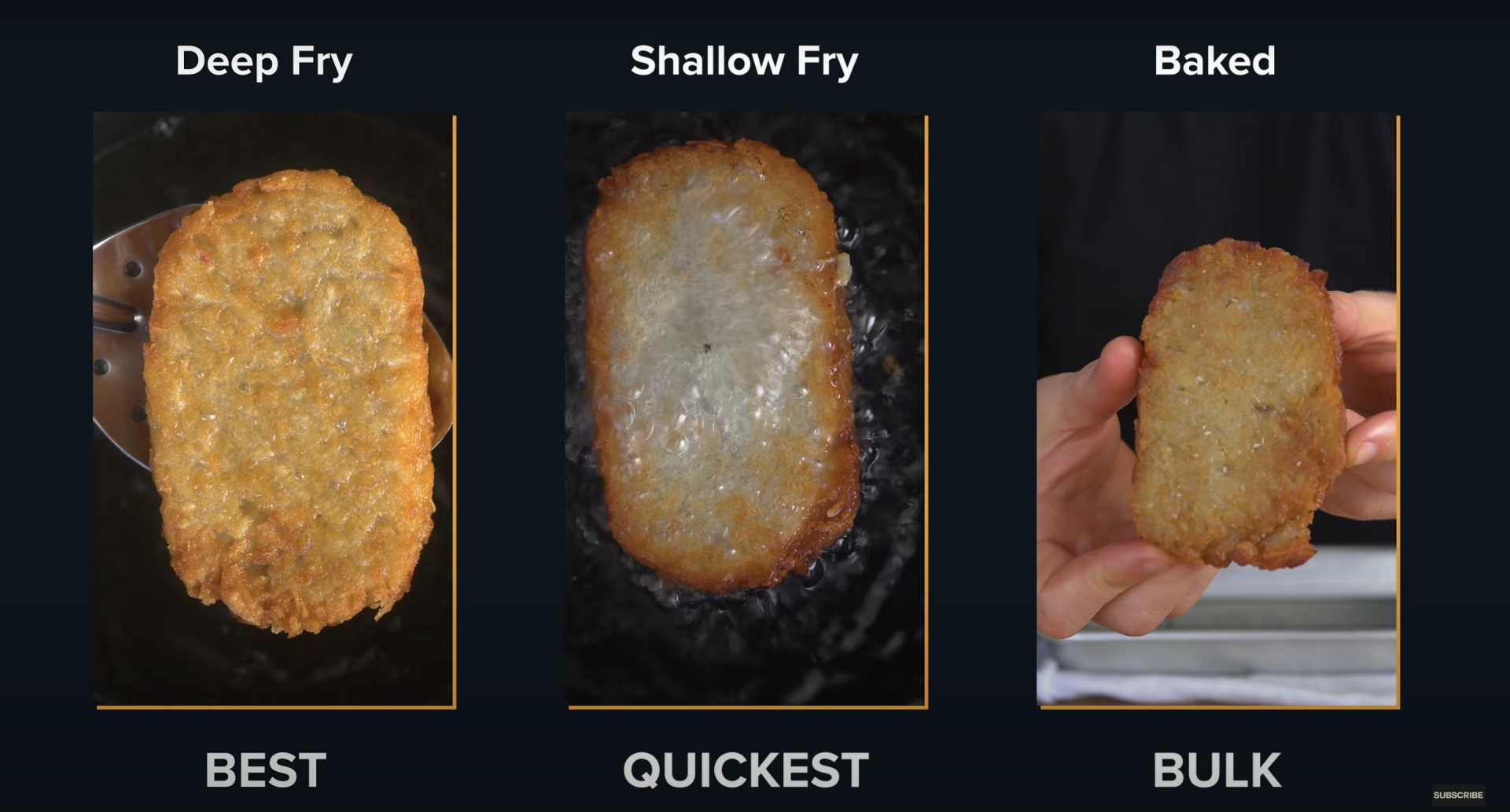 Even if you end up never making these hash browns, it’s still worth masticating on the culinary process here. Chlebowski says it’s his philosophy “that once you learn the how AND why behind cooking, you become a much better cook.” And indeed, the chef goes into real detail in a lot of his mouth-watering videos.

On the flip side, for those now in the mood to cook like Walter White, we recommend looking into making some Oscar-winning ram-don, or even Baby Yoda space macaroons. Because cooking is caring. And even though going to McDonald’s always sounds slightly appealing (don’t lie!), everything is better when it’s made with love. And a big ol’ glass of wine in hand—which is fine as long as you’re having breakfast after 8 p.m.