Parasite blew me away the same as it did Academy voters. However, one scene took me completely out of the movie’s trance for a minute. Not because there was anything wrong with it. I love noodles so much that when I see anyone eating them I lose the ability to think rationally. And oh my goodness gracious did that Ram-Don look amazing. But delicious steak and instant noodles wasn’t the only thought on my mind in that moment. I also started thinking about how how long it would take for my favorite YouTube chef to teach me how to make it. Now he finally has. Binging With Babish‘s newest video shows how to prepare Parasite‘s extravagant take on Ram-Don. It not only looks delicious, it helps explain why that scene adds so much flavor to the film’s core theme.

Look, if you need to take a couple minutes to compose yourself after watching that please do. I did.

…..You good? Okay, so let’s start with the most obvious thing here: I must have this dish and I must have it now. Which one? The instant, overly decadent version from the movie, or the authentic, made-from-scratch version Babish made?

I’m really just glad to know exactly what Ram-Don actually is. It’s a combination of two Korean instant-noodle products. As Food52 previously explained, it combines Chapagetti, a “Chinese-inspired jajang ramen noodles,” and Neoguri, a “Japanese-style udon reimagined in a spicy, Korean seafood broth.” But it wouldn’t have looked quite as amazing in the movie without that beef, which as Babish explains is akin to putting black truffle flakes on a Big Mac.

It’s totally absurd the Park family would add a $65 sirloin atop some cheap instant noodles. I promise I understand that intellectually. And yet… if I were rich that’s something I would do too. I know because I’m seriously debating doing it anyway. And I am decidedly not-rich. Maybe I won’t drop quite that much on some fancy steak, but I’m willing to splurge a little to make fancy instant noodles. Have you ever had instant noodles? They’re great. But now that I’ve seen Parasite I’m going to be thinking about how good they would be if I mixed two types together and then topped it with some pricey steak.

There’s no way to get that thought out of my food-obsessed brain. It’s not a question of “if” I’ll do this, but rather “when.” 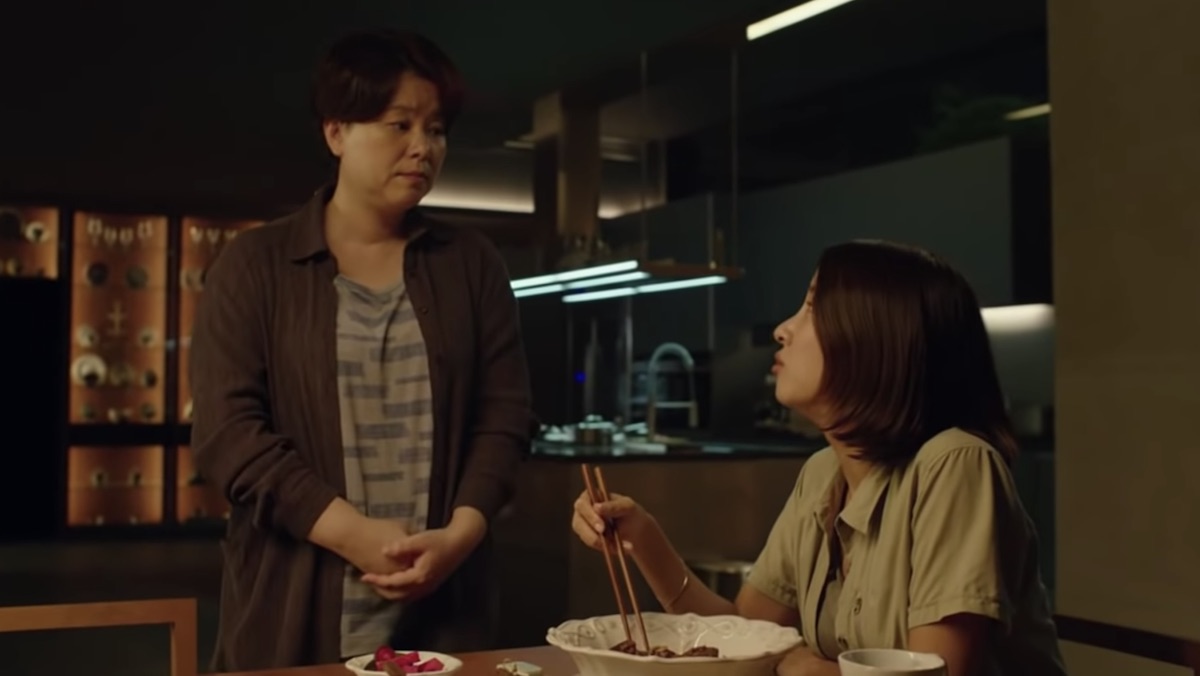 Especially because there’s a zero percent chance I ever try making this dish from scratch. Babish is a highly skilled, highly trained chef with a deep well of knowledge and infinite patience. Watching him craft the two different noodles dishes entirely on his own is incredible. And I will not be doing that. Ever.

But even just the act of recreating the quick version from the movie helps explain why that scene works so well. As Babish writes: “Rarely does a dish serve as such a central metaphor for a film’s primary conflict: in Parasite, boujee beef sits oppressively atop bargain noodles in the Park family’s version of Ram-Don, the way they sit so literally atop others.”

It’s an amazing and apt metaphor for the film’s core message. But unlike the way the wealthy live off the poor, Ram-Don really does look delicious.