The moment Baby Yoda started snacking on those blue cookies, I knew Andrew Rea of the fantastic YouTube cooking channel Binging with Babish would be whipping up a batch himself. And he has not disappointed. But his latest recreation of a pop culture culinary delight came with a special bonus. The Mandalorian creator Jon Favreau made a virtual visit to offer guidance on making authentic Star Wars space macarons. And that included a bonus kid-friendly recipe.

Favreau, the star of 2014’s Chef and co-host of The Chef Show, is no stranger to the kitchen himself. Like us, he’s also a huge fan of Binging With Babish. So he popped on to the latest episode, where Rea served up multiple ways to create the “blue milk” macarons Grogu loved. 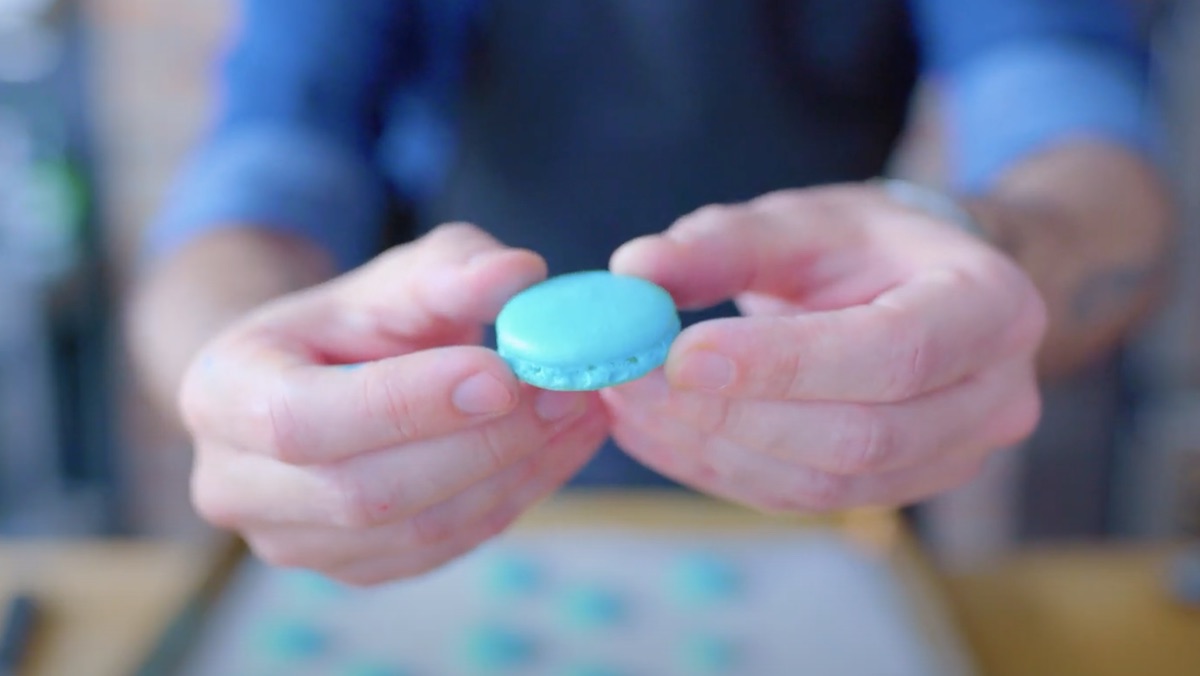 According to Favreau, the ones used on set tasted a little like blue raspberry. But ultimately they weren’t super flavorful. The filmmakers were more concerned with how the cookies looked than whether they were good. Rea made his tasty while looking authentic. His classic French macarons resembled the ones from the live-action series. Those did not have the filling and were really just one-sided macarons. But Rea also showed how to make a cream for a true macaron cookie sandwich.

But there’s a reason macarons are freaking expensive—they’re a pain to make. Not ideal for parents stuck indoors with their Baby Yoda loving kids right now. So Favreau and Rea also provided a simpler sugar cookie recipe. Families can make it so children feel like they are having “Baby Yoda cookies.” 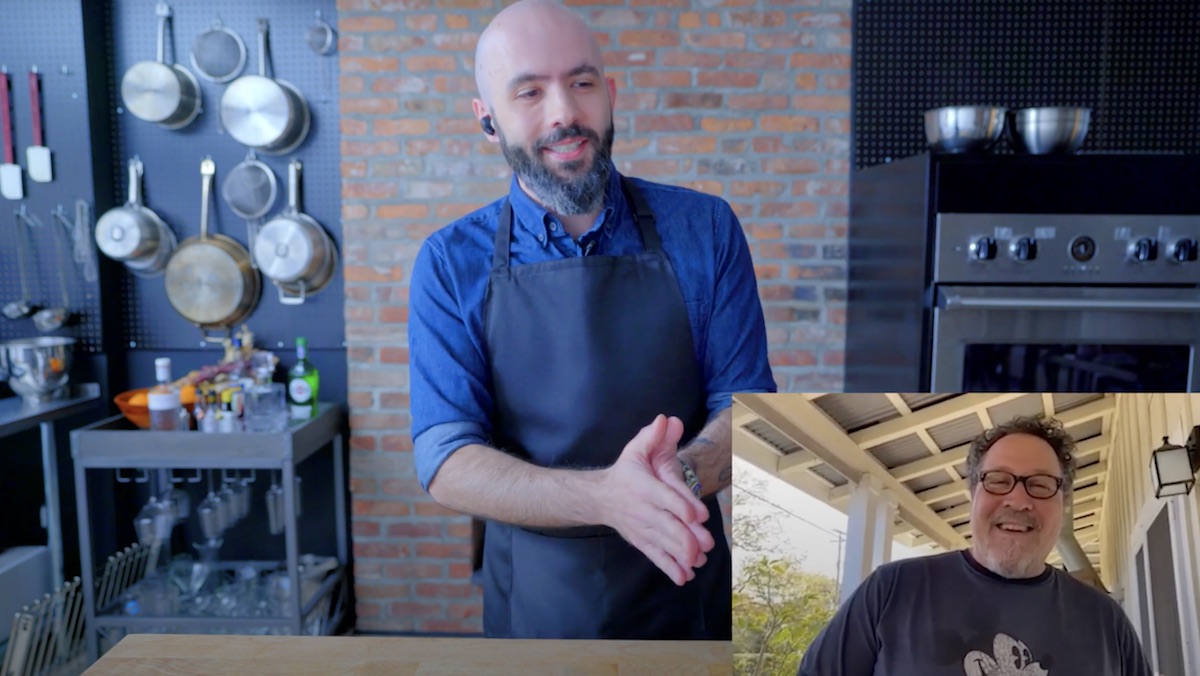 We would very much like to eat all three versions. We don’t trust ourselves not to gorge on them, though. If/when we do, we’ll make sure to avoid high speed space chases. Baby Yoda proved they don’t go well with blue milk macarons.