Just as LEGO and Star Wars blend together like a fine Sprite-Minute-Maid-Dr.-Pepper from a soda machine, so too do the building blocks and the holidays. In a new video, legendary LEGO builder and YouTuber Jason Alleman gives us a nice mix of LEGO and Halloween with a candy rocket launcher consisting of parts from the Mindstorms Robot Inventor kit. And all we can say is: we’d be honored to try and catch these aerial, arcing candies. (Even if they are some kind of SweeTarts….)

Alleman, who goes by JK Brickworks on YouTube, recently posted the above video of the LEGO candy rocket launcher to his channel. For those who don’t spend their free time watching LEGO build videos, Alleman is a master of the craft. In the past, Alleman’s built everything from an endlessly looping LEGO marble run to a functional LEGO Super Mario Pirhana Plant. And his LEGO particle accelerator is simply genius.

In his new video, Alleman shows how he built the candy rocket launcher. Using the LEGO Robot Inventor kit, which allows creators to use electronics and mechanical pieces for their constructions, Alleman assembled a pair of spinning wheels that can squeeze the knockoff SweeTarts between them. This imparts enough rotational energy to send the bizarrely ubiquitous tarts across the room. Just behind the spinning wheels, Alleman placed a SweeTarts loader that looks like it can take a dozen projectiles. 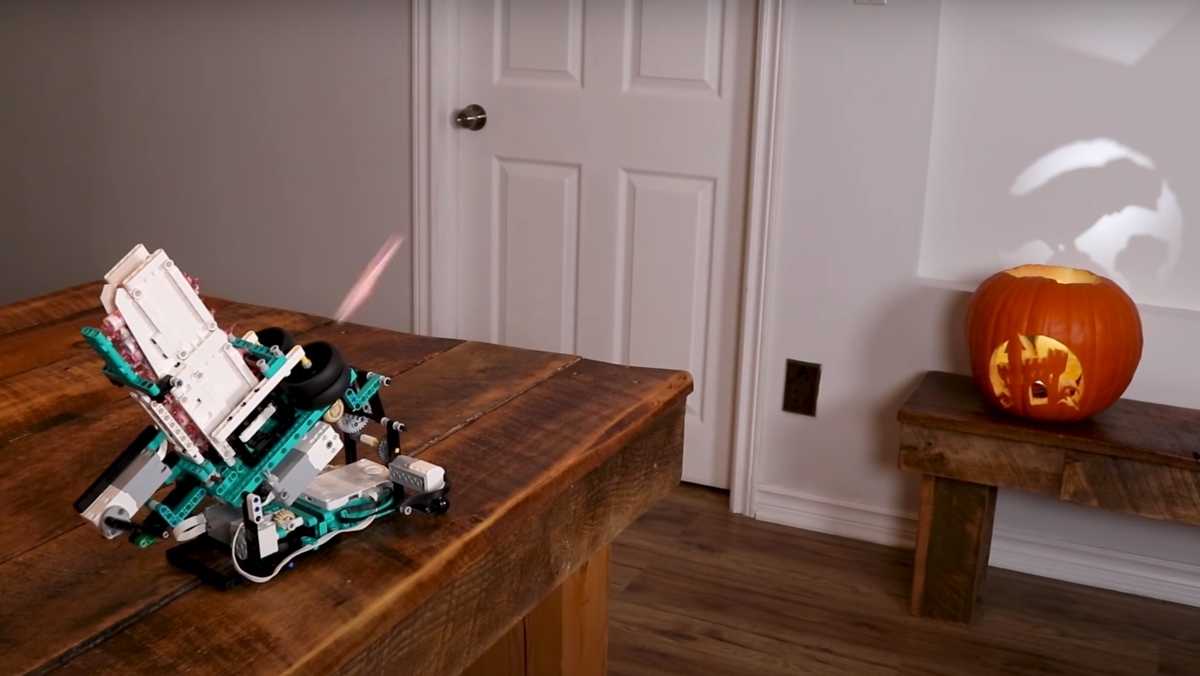 As for the actual effectiveness of the candy rocket launcher? It’s on point. Literally. Alleman demonstrates the final product around five-and-a-half minutes into the video and does so by setting up the launcher on a table across from a jack-o’-lantern. He then proceeds to send off the edible missiles in an attempt to make it inside the hollow pumpkin. After some misses, and redirections using the Inventor controller, he hits his target with a couple of real sweet shots.