JK Brickworks, the genius mind behind some of the coolest motorized LEGO statues of all time, has created a LEGO marble run for his latest project. And thanks to its use of a little motorized elevator, it is endlessly loopable. Endlessly loopable and, shockingly, endlessly soothing as well.

Brickworks, who previously created timeless kinetic sculptures like this LEGO Super Mario Bros. pipe and this Tales from the LEGO Crypt “book,” first posted his marble run to YouTube on June 12. And to get a sense of its popularity, that initial marble run (which was not mechanically looped) has already garnered close to 1.2 million views.

While both versions of the marble run only contain a single motor, each one utilizes it for a different purpose. Brickworks’ OG LEGO run uses the motor to spin a small “multi-directional router” (sort of a small, spinning scoop); the loopable system shown in the video above, on the other hand, uses the motor to create an automated elevator.

Built an elevator for my marble run. Here's a continuous loop. pic.twitter.com/uX6hUyxO0w

Unfortunately, Brickworks doesn’t provide a lot of logistical information about what went into the build. Which means it’s hard to say how long the mesmerizing contraption took him to assemble, or how many pieces it’s made of. But one thing is abundantly clear: Listening to a bunch of plastic balls make their way down a bunch of LEGO tracks is zen turned up to 11. In fact, the only thing that’s more zen is probably building with LEGO. 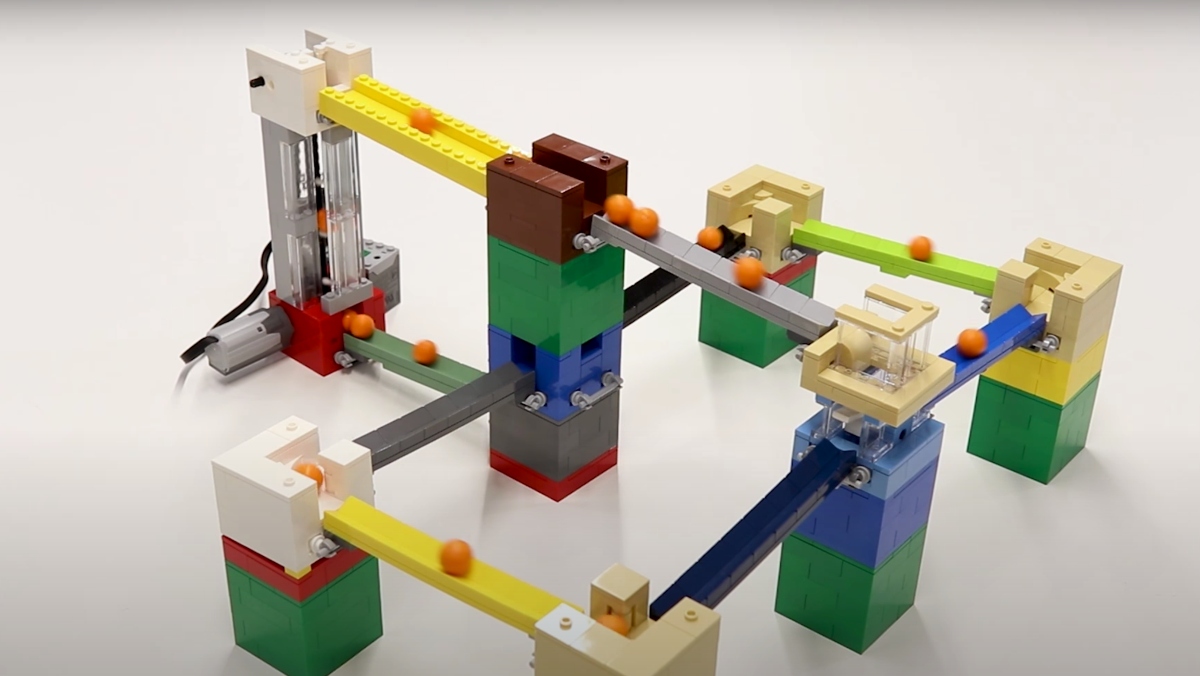 What do you think about this automatically looping LEGO marble run? Are you astounded at what JK Brickworks is able to do with these little plastic bricks, or is there some legendary builder out there that you think has him beat? Let’s get an endless loop of thoughts and opinions rolling in the comments, people!