Recently we learned that Funko is releasing special products in June themed to LGBTQ Pride month. Disney is also doing the same. Now, we’ve discovered (via CNN) that LEGO is joining them in solidarity with the LGBTQ community. The iconic toy company is releasing a new Pride set called “Everyone is Awesome.”  The name is of course an all-inclusive riff on the eternally catchy song from The LEGO Movie. You can check out the first images of the new Pride LEGO set right here: 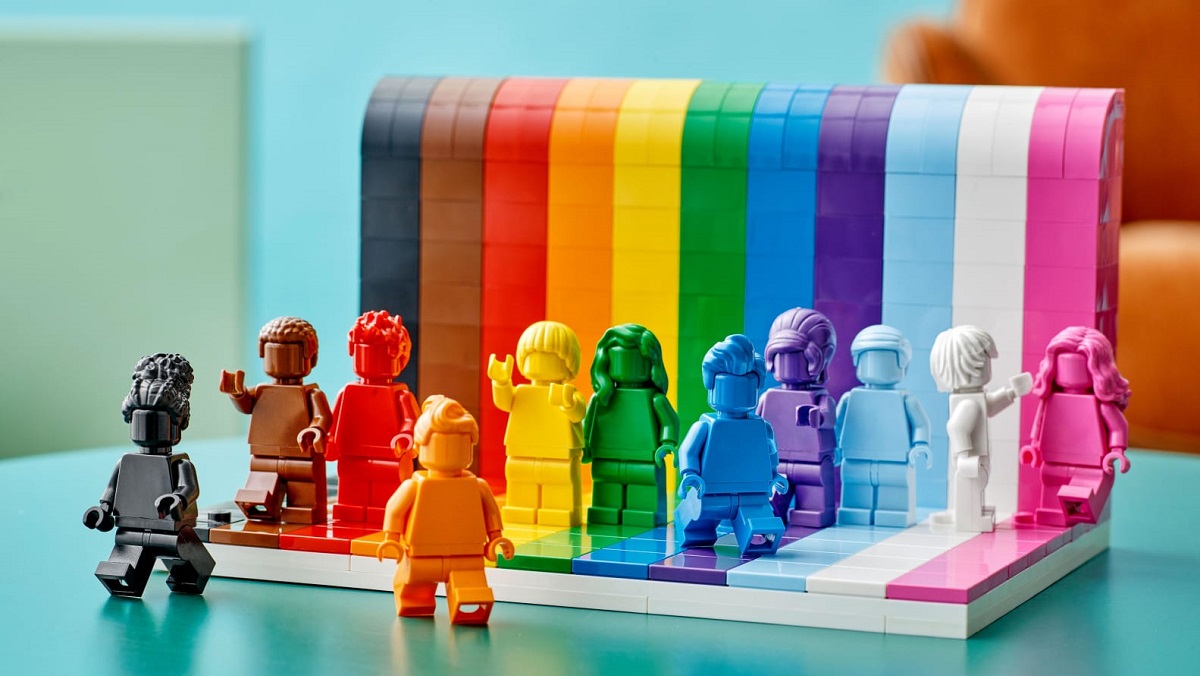 The 346-piece set contains 11 figures, and each has a specific rainbow color. The rainbow flag itself is the inspiration behind the new build. The set’s designer, Matthew Ashton, said the following in a statement. “I wanted to create a model symbolizing inclusivity and celebrates everyone, no matter how they identify or who they love.’

The set draws inspiration from the modern, 21st century versions of the Pride flag. It adds in the colors black and brown, along with the light blue, pink, and white colors of the trans community. The figures don’t exhibit any specific gender, remaining ambiguous. Well, except for one very specific one. Ashton noted the purple minifigure wears a beehive hairdo, representing all the fabulous drag queens out there. We fully endorse this, as drag is such a big part of LGBTQ culture. 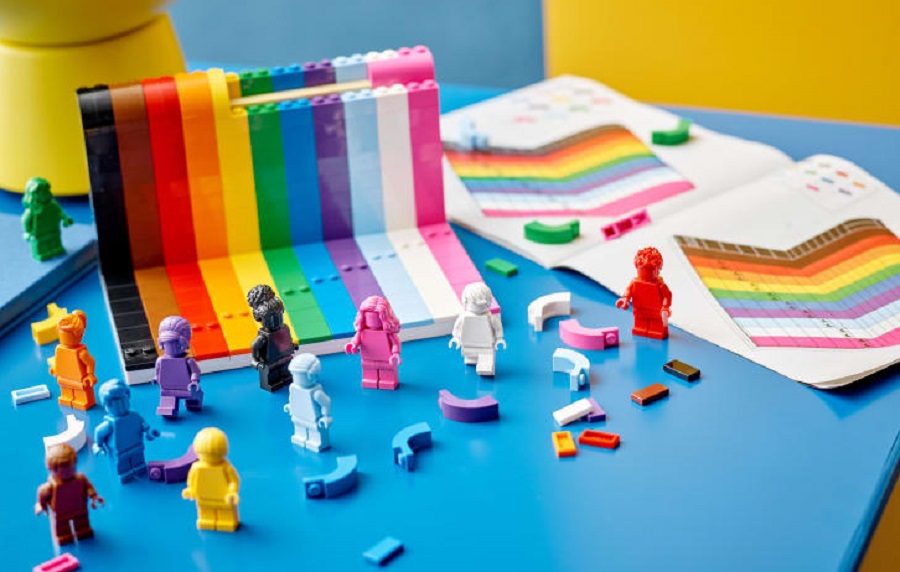 We would love to see LEGO create something similar in the future to other Pride-themed products, like the ones Funko is making. By this, we mean incorporating Pride colors into the existing IP sets. We know we’d be down for a Star Wars-themed Pride cantina. Maybe even a rainbow-hued Star Trek Starship Enterprise build? The possibilities are truly endless here. A rainbow Infinity Gauntlet anyone? It’s already got the right colors after all.

The LEGO “Everyone is Awesome” Pride set arrives June 1, right at the commencement of Pride month.