LEGO Minifigures in a Vortex Is a Thrilling Experiment - Nerdist

LEGO Minifigures in a Vortex Is a Thrilling Experiment

The list of things people can do with LEGO is literally endless. Case in point: The below experiment centered on the dynamics of dropping LEGO minifigures into a vortex. A vortex itself made by—shockingly powerful—motorized LEGO pieces.

YouTuber and “nerdy experimenter,” Brick Experiment Channel is responsible for this dynamic LEGO display. The creator, who’s created numerous other cool LEGO contraptions (like this working submarine), didn’t give a lot of context for the experiment. “A few Lego parts, a bucket, and water. Enjoy!” is all the builder wrote beneath the video.

Lack of hypothesis aside, it’s still endless fun to watch a bunch of LEGO minifigures zip around a vortex. In fluid dynamics, vortices are regions in a fluid in which the flow revolves around an axis line; they often form when there is a difference in fluid speed. This particular LEGO vortex is an example of a rotational vortex. This means it can only be maintained through the application of an extra force not generated by the fluid motion itself. 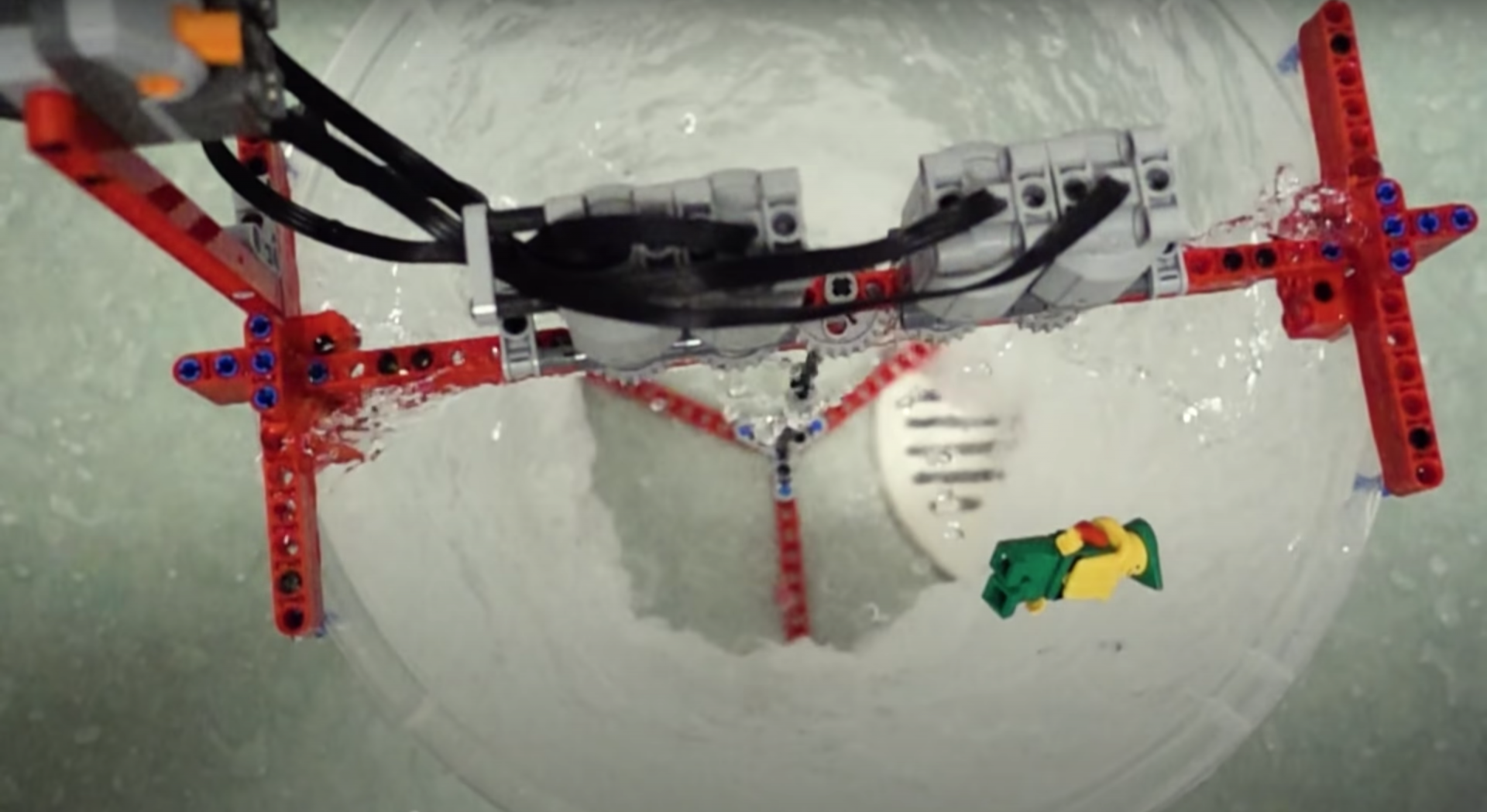 The real thrill, of course, comes when Brick starts chucking the minifigures one by one into the vortex. And while it’s hard to tell what’s going on in normal time, in slow-mo, the weird physics at play reveal themselves. It appears as if the centripetal force of the swirling water keeps the minifigures “glued” to the vortex. At least at the lower vortex speeds, when the minifigures are not on the brink of being flung from the bucket.

It’s also incredible to watch motorized LEGO generate enough force to develop a mini whirlpool with an eye. Kind of makes one wonder what other scientific experiments are possible with LEGO. 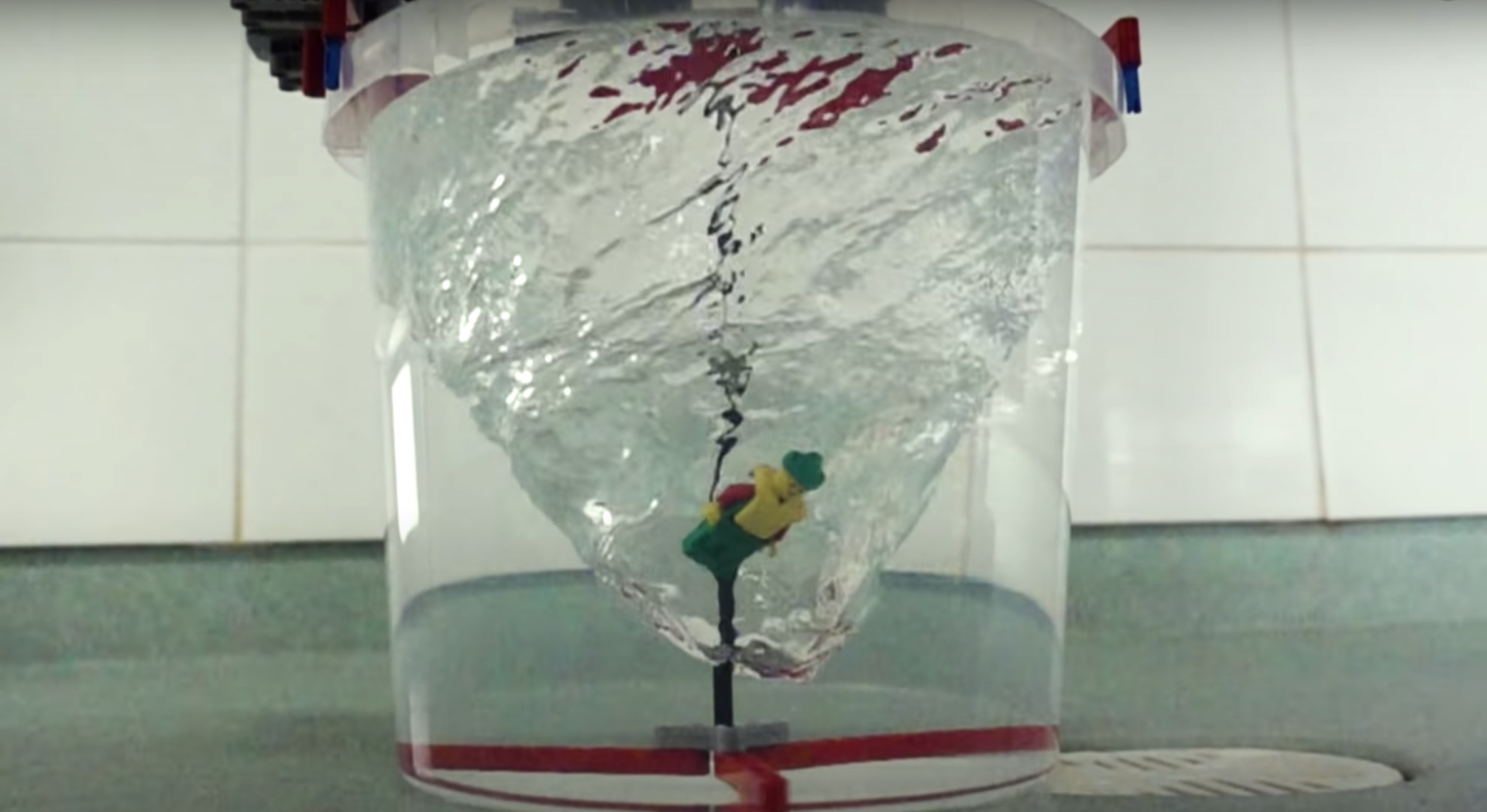 What do you think about this LEGO vortex? Let’s get some thoughts swirling in the comments!