DC is currently ruling comic book-inspired television. There are seven DC Comics-based series running on the CW, with more in the works. In addition, several more live-action DC series will join Titans and Doom Patrol on HBO Max. But one of the most obvious choices for a DC Comics-based series is still waiting on the bench for its turn. We’re talking about the teen super team from the far future, the Legion of Super-Heroes. 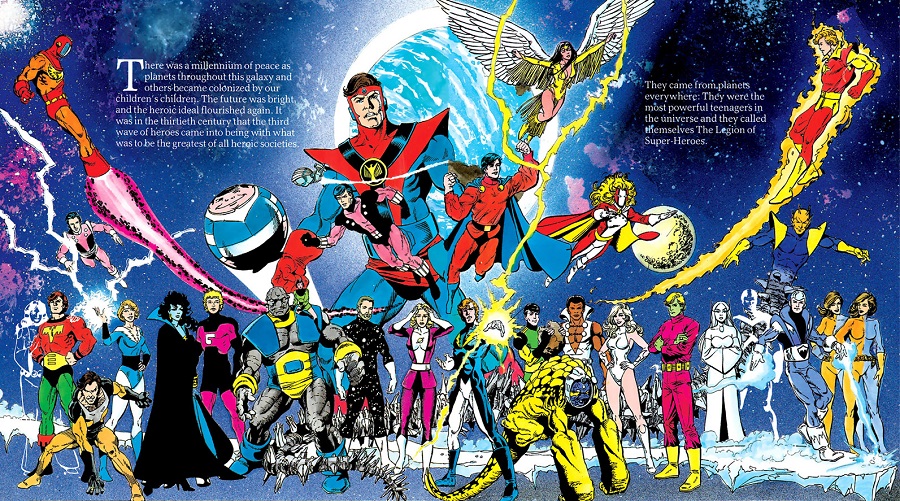 The Legion was created in 1958 as a one-off in a Superboy story. The team was so popular that they soon got their own series in Adventure Comics. Essentially, the Legion was a group of young heroes from the 30th century, each with different powers and hailing from different worlds in the galaxy. Inspired by the historical accounts of Superboy a thousand years earlier, they formed a super team to represent his ideals of youthful heroism. By the ‘70s and ‘80s, Legion of Super-Heroes was one of DC’s best-selling titles. At their peak, they boasted over 30 members. 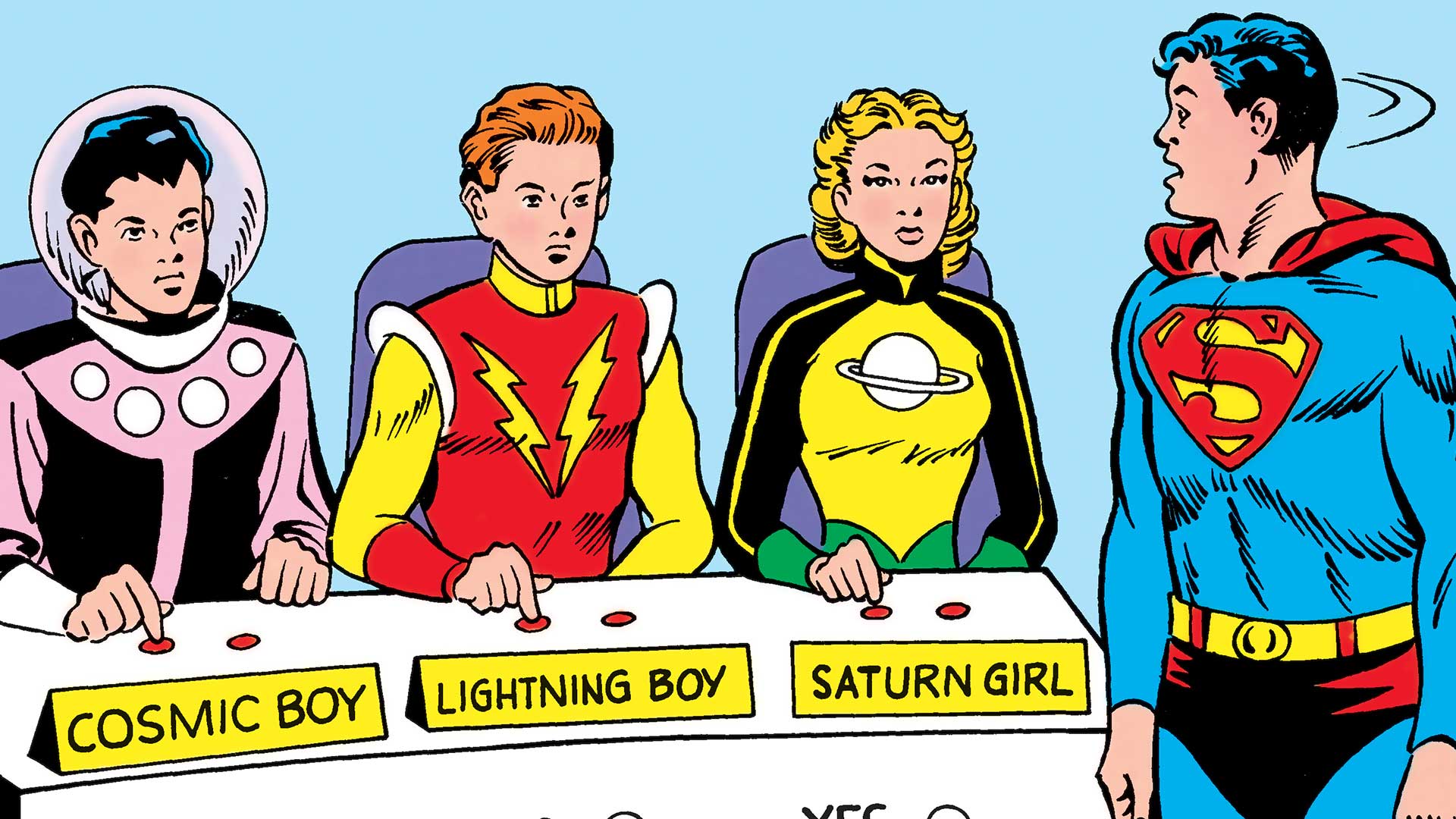 But after various reboots and reimaginings in the modern era, the Legion faded in popularity. Although there is a Legion of Super-Heroes book by superstar writer Brian Michael Bendis right now, they’ve struggled for decades to regain the comic book dominance they had at their peak. But that doesn’t mean the concept isn’t ripe for live-action interpretation.

Several Legionnaires have appeared as guest stars on series like Smallville, but never as headliners. (Most notably: Chris Wood’s Mon-El character on Supergirl.) Should the LSH go live-action for their own headlining project, this is one DC Comics team who should definitely take form in a TV series and not a film. Even longtime Legion fans and comics creators like Jamal Yaseem Igle and Phil Jimenez have publicly wondered why there’s no Legion of Super-Heroes series in development. We wholeheartedly agree. Here are all the reasons why there’s no time like the present for the Legion on TV. 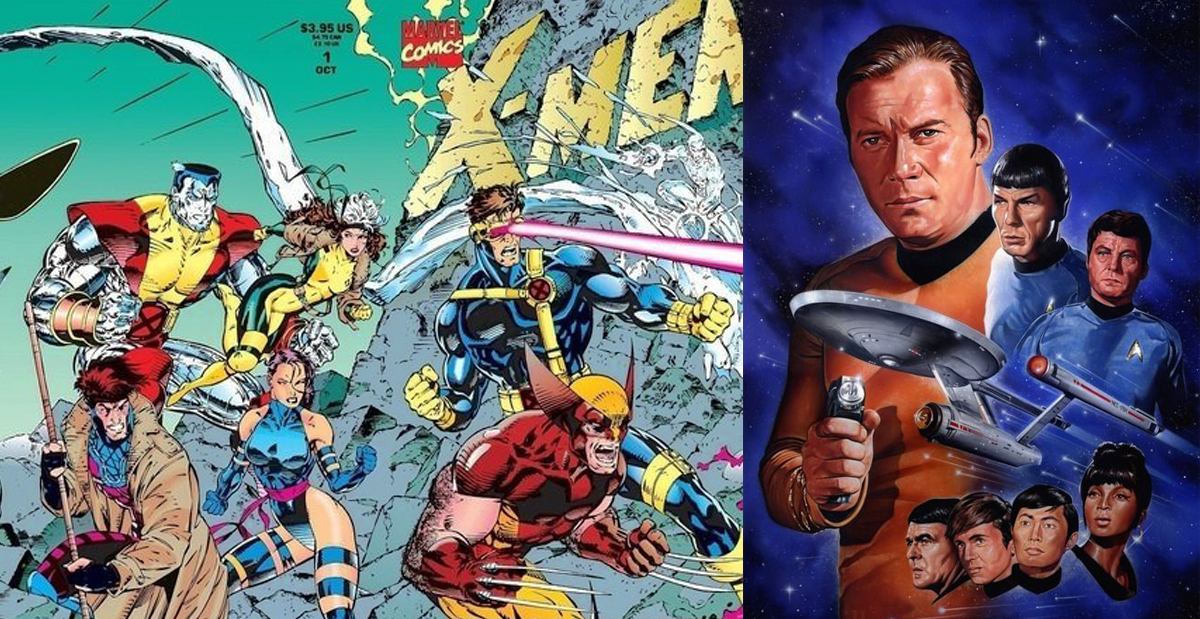 The Legion actually predates both Marvel’s mutants as well as Star Trek by several years. But most casual fans would likely see a potential Legion TV series as a mash-up of those two well-known concepts. Like the X-Men, the Legion is a soap opera with a large cast of characters. Also like the X-Men, each member has a different set of super powers. (Many of the Legion’s powers are later mimicked by the X-Men in fact). These teens all try to find a way to fit together and form a family, all while saving the world at the same time.

The Star Trek similarity comes in the fact that both franchises are set in a utopian future. Earth is at the center of the United Planets in Legion lore, similarly to how Star Trek’s future Earth is the central world of the United Federation of Planets. Just as Starfleet combines the best and brightest from different worlds and backgrounds to represent them, the Legion fulfills the same role for the U.P.

Legion Is a Teenage Soap Opera 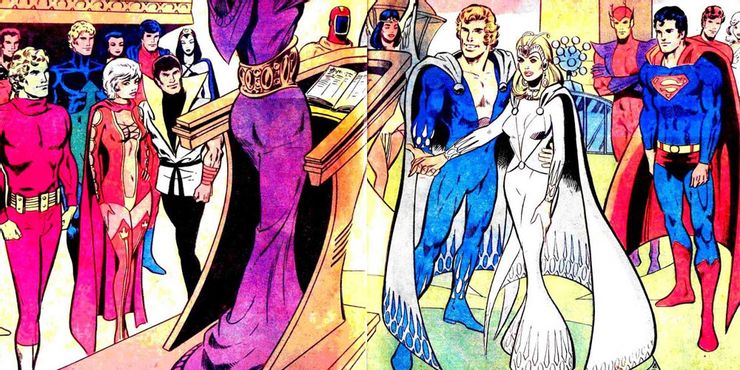 With so many members in the group, there is a lot of inter-team dating going on. Saturn Girl has feelings for team leader and co-founder Lightning Lad, but there’s a love triangle with teammate Cosmic Boy. Meanwhile Wildfire harbors secret feelings for teammate Dawnstar. But he’s a being of pure energy, and she’s sporting giant wings. How will it work? These are just a few examples. Legion has enough romantic fodder for several seasons of TV. 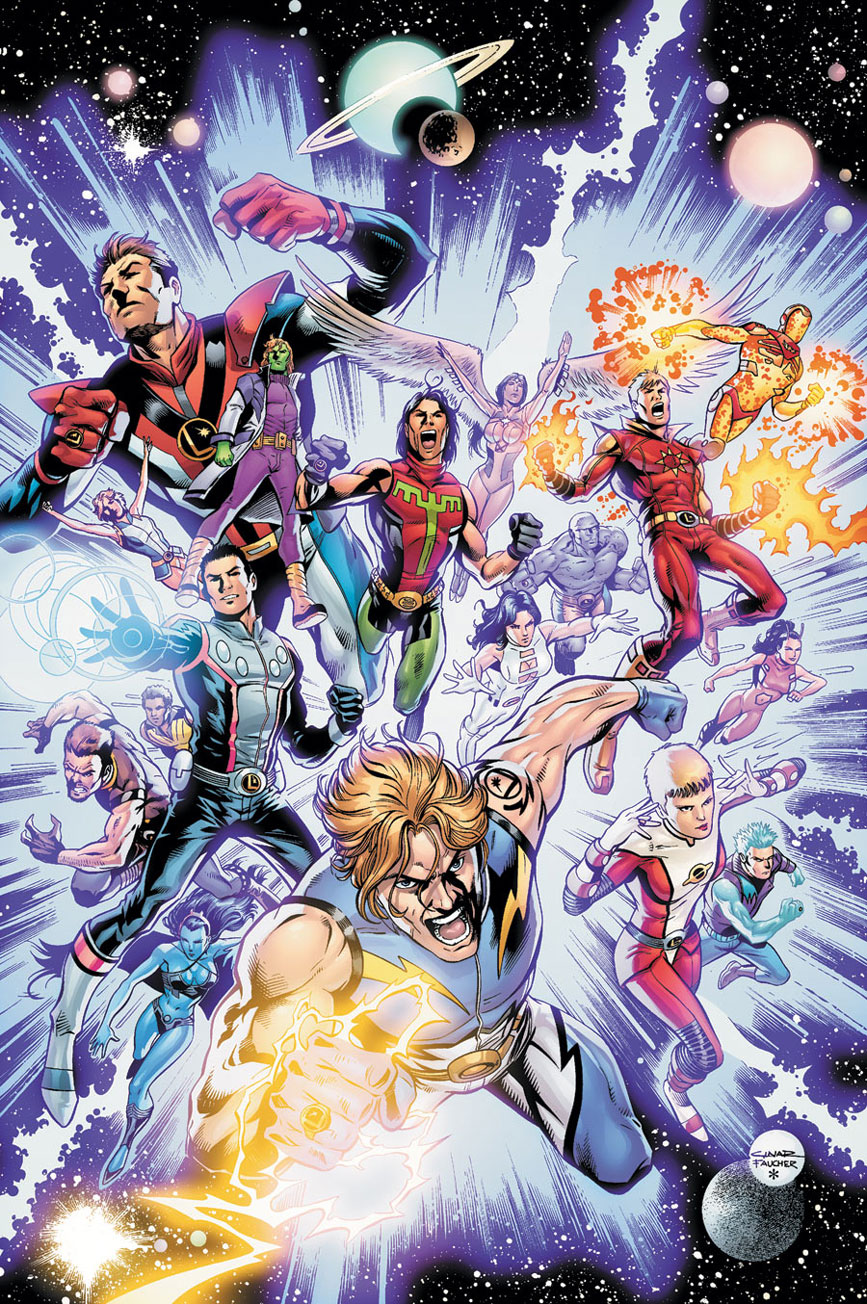 Just a few years ago, special effects budget constraints would have made a Legion of Super-Heroes series on TV of any kind seem impossible. But as shows like Star Trek Discovery and The Mandalorian have taught us, almost anything is possible these days in terms of scope. Digital effects for si-fi and comic book TV series are now almost on par with their feature film counterparts. A series set in a high tech future with dozens of heroes with powers is totally doable. Doubly so if the home of the Legion is HBO Max instead of The CW. 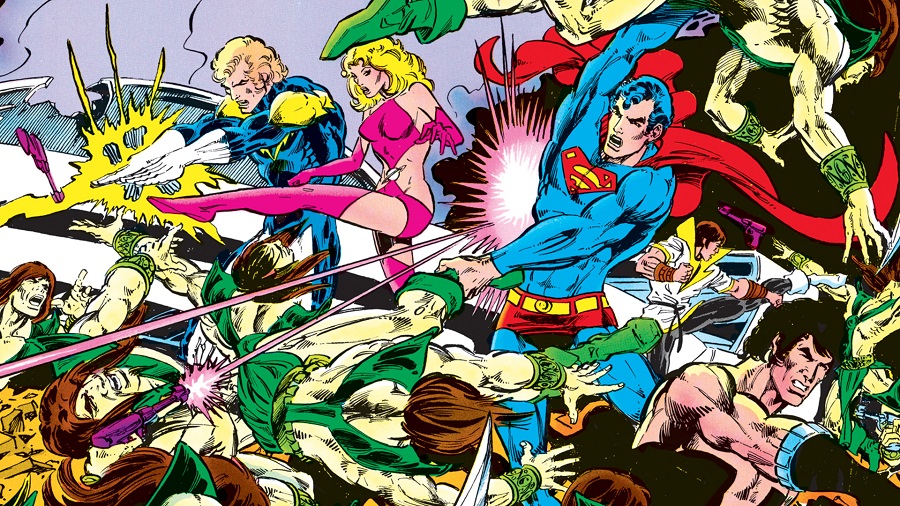 In the comics, the Legion goes back in time a thousand years to recruit Superboy into their ranks. His adventures helped inspire them to become superheroes themselves. In turn, his new teenage buddies help him to become the hero of legend. It’s all one big time loop. The connection to the Superman family is why we’ve seen a few live-action appearances by the Legion on Smallville and Supergirl. Bot those shows only feature Legionnaires as time travelers to the past (our present). We’d love to see Superman in far future adventures. And having “the hook” of a well-known character like Superman is the perfect “in” to the concept for viewers unfamiliar with the Legion.

Cartoons Did It First 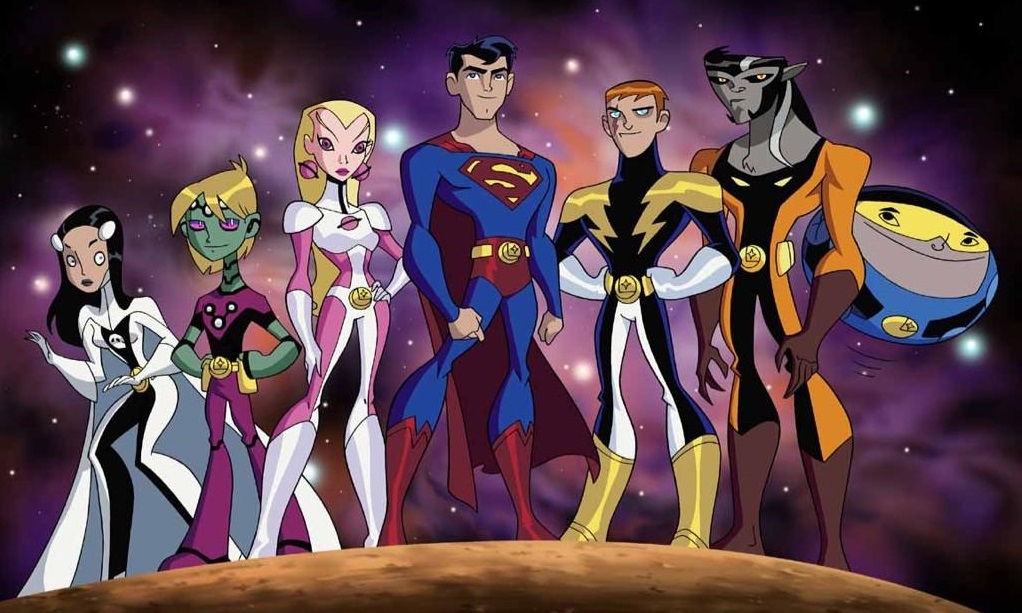 Often, animation is the trial run for a future live-action series. It’s doubtful there would be any X-Men movies if the animated series had not made Marvel’s mutants into household names. Similarly, Titans wouldn’t be a thing today without the animated Teen Titans series. From 2006-2008, Legion of Super-Heroes was also a Saturday morning animated series. This was the only time they ever headlined their own show. Sure, it was a kid’s cartoon, and often very silly. But it proved you could balance dozens of characters and tell fun sci-fi adventure stories at the same time. And that you can tell adventures with these characters in long form storytelling.