Which of LEGEND's 2 Totally Different Musical Scores Is Better? - Nerdist

Beyond its bucolic settings and fantastical creatures, Ridley Scott’s 1985 fantasy epic Legend is about the push and pull of innocence over cynicism. Will cherubic Tom Cruise save his captured princess from the clutches of the evil Darkness, a giddy, scenery-chewing Tim Curry? Can he save the land from eternal winter? A similar tug of war took place behind the scenes as well; Scott’s genre ambitions famously clashed with the commercial interests of the film’s financial backers.

We see that conflict most clearly in the fact that the film doesn’t just have (at least) two different cuts; it also has two different musical scores. Depending on where you grew up, you probably associate Legend’s sound with one of two different artists. In Europe, the original two-hour cut came with a more traditional orchestral score courtesy of Oscar-winning composer Jerry Goldsmith. In America, however, Universal released a 95-minute cut of the film several months later in 1986. This version featured a score by German techno-pop group Tangerine Dream. 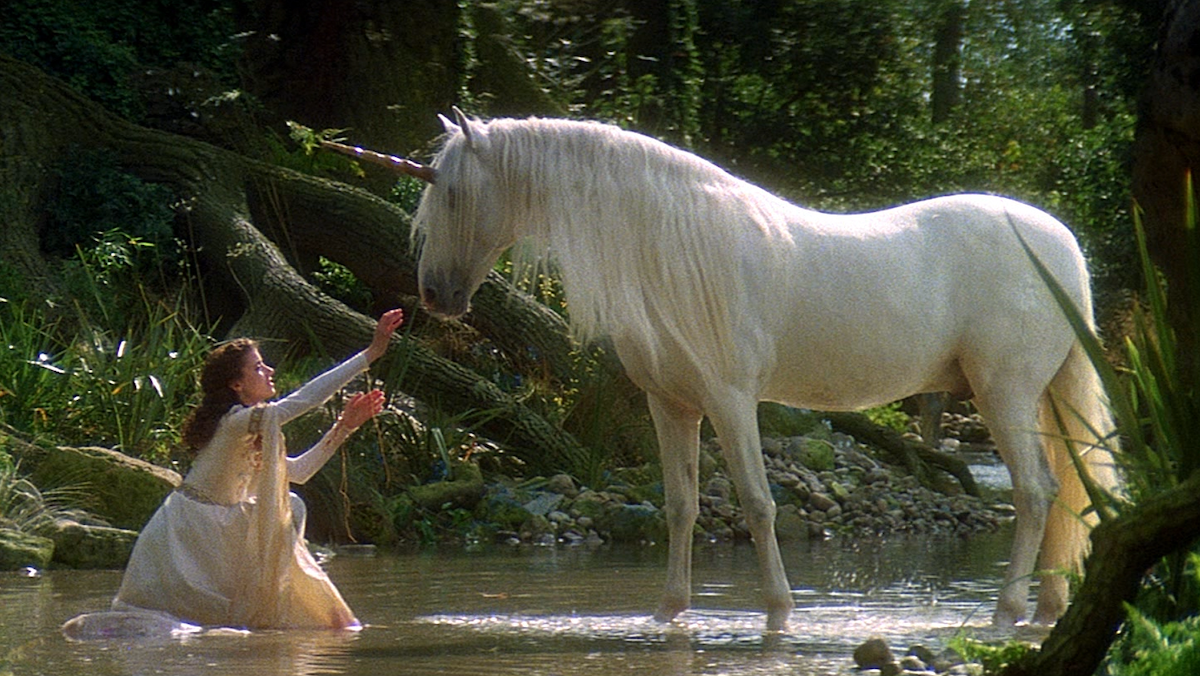 A Tale of Two Scores

Why the two different scores? According to a Washington Post article from 1986, Universal execs feared the film’s languid pace and sweeping score wouldn’t appeal to teenagers in the States. Thus, Tangerine Dream, who also had heaps of experience scoring ‘80s films by William Friedkin (Sorcerer), Michael Mann (Thief), and more, were brought in at the last minute to scramble together a new-agey score to draw in the youths.

Listening to both scores back to back makes for a fascinating case study in the way a film’s score can impact a film’s tone, affect, and even overall quality. Not only that, it becomes a litmus test for your own tastes, and what you’re really looking for out of the glimmering high fantasy films of the 1980s. 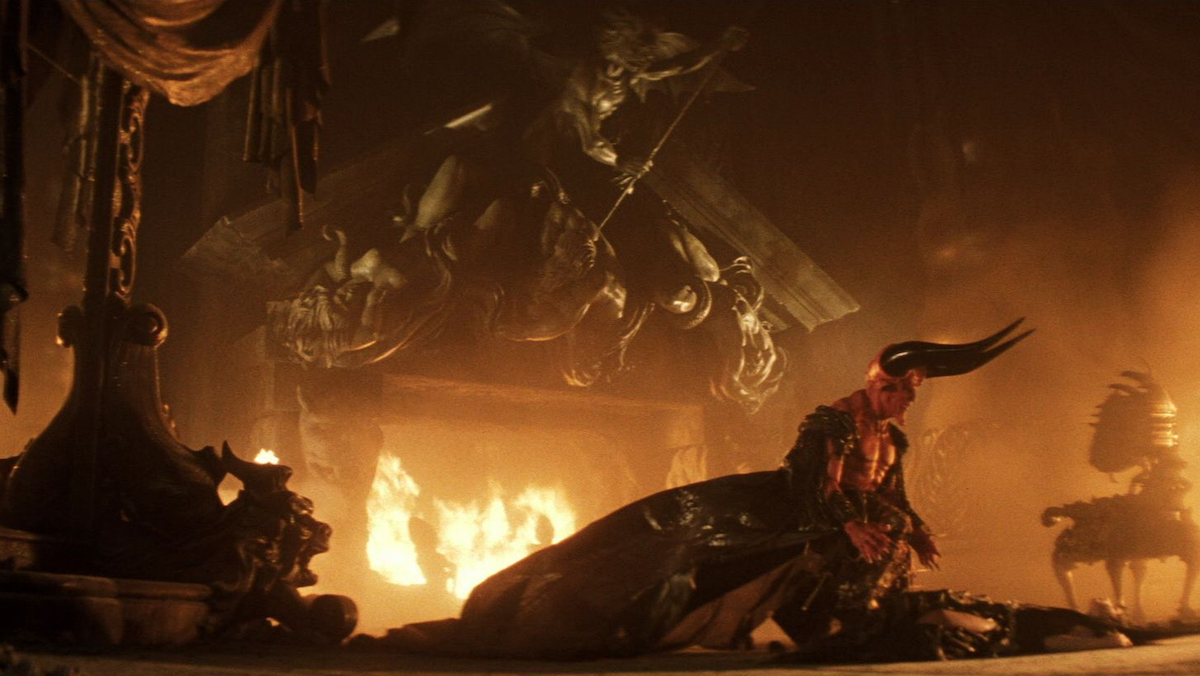 Tangerine Dream’s scores have a reputation for their droning, ‘80s pop-inspired sound, populated by modular synths, synthetic drums, and heavy use of samples. (Hope you like that shakuhachi trill from every American ninja movie, because it comes up a lot here!)

But while the score feels quintessentially Tangerine Dream, it’s also unique to their compositional output; you couldn’t graft this score onto, say, Miracle Mile and get the same effect. It’s a very angular score that works in spite of its datedness. The world of Legend couldn’t look less like the ‘80s. And yet, paradoxically, with its elegant Rob Bottin makeup effects and borderline-glam costumes, it couldn’t look more ‘80s.

Take a look, for instance, at the scene wherein Mia Sara’s Lili, held captive by Darkness, is drawn to a mysterious dancing dress that merges with her to symbolize her succumbing to the whims of evil. The dress, a bold high-collared goth number that would put Elvira to shame, fits perfectly with Dream’s herky-jerky, almost irreverent synth waltz:

I have to admit, there’s something alluring about the unabashed playfulness of this cue. There’s no sense of danger, and Lili’s dance feels almost celebratory. With the score, it feels like we’re watching a Pat Benatar video in the middle of this high-fantasy film. I can’t say that I hate it. 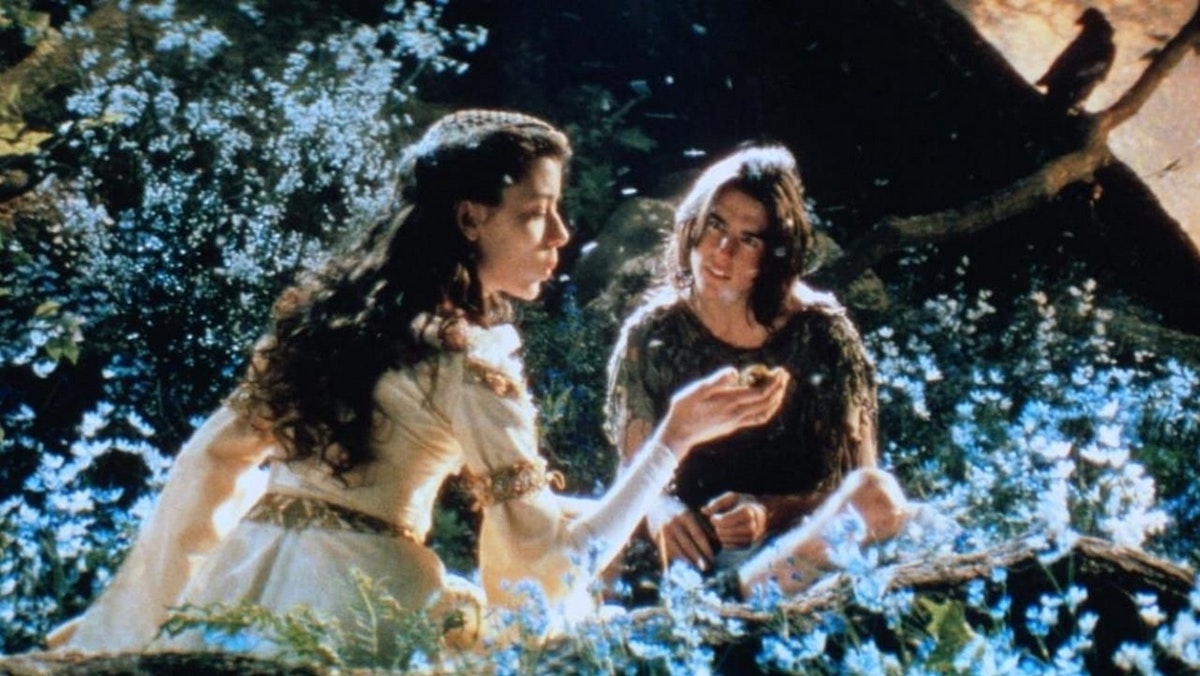 Goldsmith’s work, meanwhile, is far more traditional and evocative of the timeless spectacle of the fantasy setting. There are bombastic horn-based hero themes, clanging, atonal horns for Darkness, and a sweeping love theme. All delivered with Goldsmith’s typical blend of traditionalism and experimentation.

Granted, Legend intersperses Goldsmith’s haunting woodwinds and sweeping strings with the occasional smattering of electronic instruments and a few uncanny synths of his own. But here, they’re seasoning in the magical gumbo, rather than the entire ‘80s-laden soup.

It’s a more traditional fantasy-adventure motif, conveying a sense of eerie horror at what’s happening to Lili. There are some synth hits, but they’re clanging rather than revelatory, a warning of the soul Lili’s losing. It telegraphs the moralism of the film’s plot but feels a bit less naughty and fun as a result. 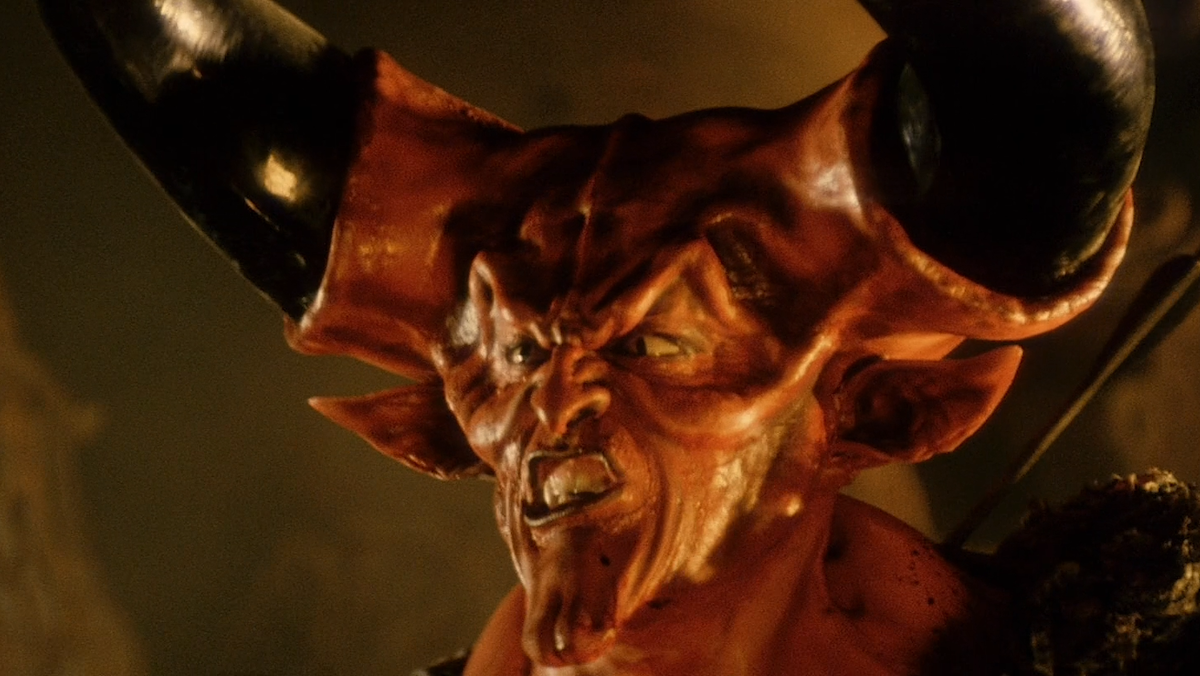 Honestly, a case can be made for both. There’s a kitschy appeal to the Tangerine Dream score, which ties it directly to the syrupy, music-video fantasia of it all. But it’s also hard to separate the score from its context—that of worried studio executives hoping desperately to shape the film to appeal to teenagers by bringing in a popular pop group.

But Legend is itself a rather shapeless product of its own time. A fantasy film with all the dreaminess and high camp production value of the music videos of that era. In that respect, Legend feels more strangely suited to the New Age kitsch of Tangerine Dream than the comparative self-seriousness of Goldsmith.

Watching them back to back, I’m left overwhelmed by the syrupy sweep of Goldsmith’s more traditional score; I eventually clamor for the straightforward, more minimalistic work of Tangerine Dream. Potential blasphemy, I know. But in an age where genre scores are trapped by formula, sometimes you just need to throw out the rulebook, slam that Demo button on your Casio, and twirl away into a land of glam fantasy.